What every Father needs… 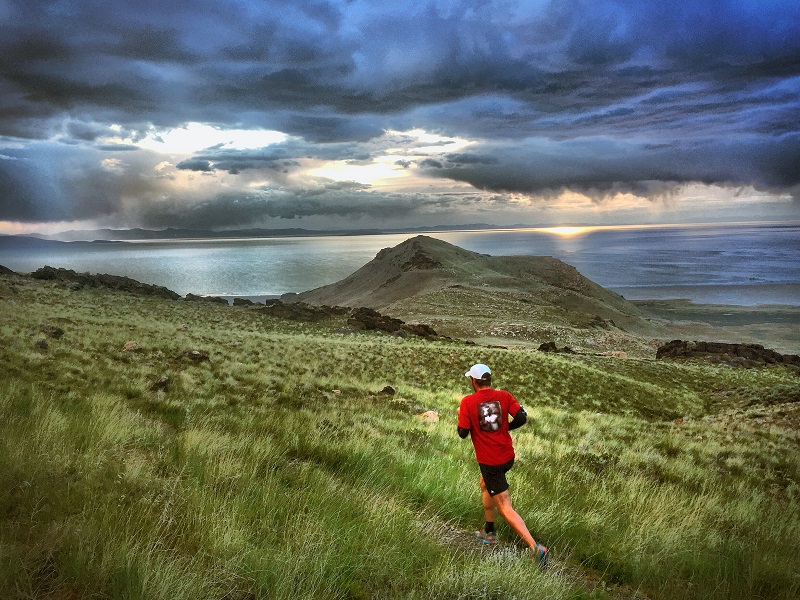 After several weeks of high mileage on differing terrains across the United States – from the hilly, muddy and root-laden trails in the Appalachian Mountains to our Rocky Mountain and Desert areas in the west, our TAUR Testers have put this Adidas gear the test and are ready to tell you all about it.

Looking for a sturdy new trail shoe? One that looks slightly futuristic but rugged at the same time? A shoe that helps you achieve ‘beast’ status on very technical trails and shares its rubbery, grippy tread with Continental(TM) tires? If the answer is yes, then you may have found what you need in the Adidas Terrex Boost. 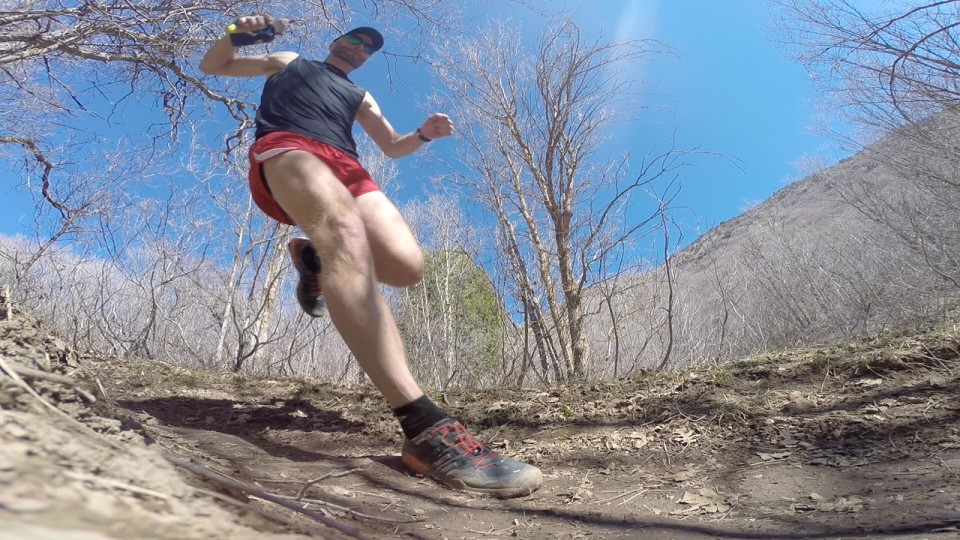 The aggressive tread pattern was unanimously voted as a favorite part of the shoe with its excellent gripping and stabilizing power of the Continental(TM) outsole, which is a must for any wanna-be-fast-and-furious or competitive mountain runner.

The cushioning factor of the Adidas Terrex Boost, however, was slightly less favorable among our reviewers. Some commented that the heel was fairly comfortable and protective, yet others remarked that the overall cushioning seemed “a little minimalistic” and that the shoe would be “too much” (or too little) if doing more than 8-10 miles in them. Translation: The level of discomfort would likely increase on a longer run.

Getting dirty in the Adidas Terrex Boost

Users dug the design of this almost cleat-like shoe. It begs to be shown off at some short mountain races, with its purple laces and puffy purple heel. The women’s shoe doesn’t scream “RUN ALL THE PINK TRAILS” or “PLEASE RUN IN ME DELICATELY”. Its mesh upper allows for great breathability and its laces are trustworthy and stable. There is a really cool, flexible rubber tip at the top of the tongue whose purpose is for ensuring good fit. Translation: Really cool – it would be nice to see them take some of that design savvy and put it towards creating better seams. See below. 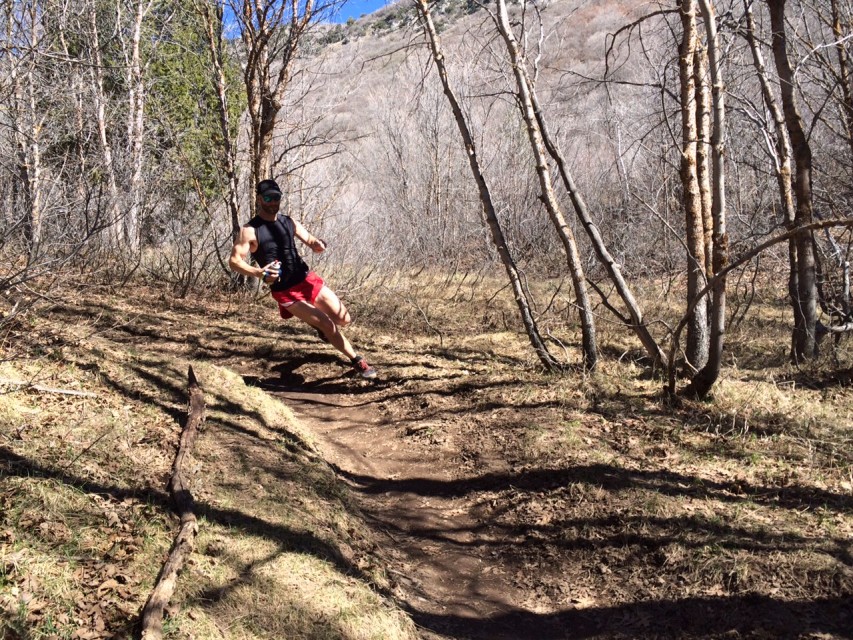 Carving hard in the Terrex Boost

Now for the bad but not absolutely terrible news:

If you’re looking for super-comfortable feet-coddlers, then these might not be the shoes for your delicate appendages. Our testers agreed that shoe is indeed sturdy and dependable, but generally scored best on shorter runs. It took one tester several short runs in the shoes before they were comfortable enough to wear on a run over seven miles. No testers recommended wearing them during an ultra due to some potential discomfort at the seams. Trail and ultra-runners worry enough about chafing and blisters, and certainly don’t need more coming from bulky seams in the early stages of an run. The seams are scratchy, and the narrow build of the upper exacerbates this if you do not have narrower than average feet. Don’t even think about having a bunion…

To summarize, the Adidas Terrex Boost is a really great shoe for those with average to narrow feet, doing low but fast mileage in the craggy, soggy, and slippery mountains. Proper sock selection is also critical.

These capris would be great for the person that lounges around at home, moving as little as possible on the couch. Too bad the excellent feel of Adidas’ signature Climalite fabric is all that was good about these capris. The longest run I could stand in these was 4 miles, having to constantly pull them up as the flimsy brushed elastic band was no match for the slightest bouncing up and down and side to side movements and basic, general motions of RUNNING. I also tested these while doing yoga, T25 and kickboxing. When your capris slide up and over your backside during a simple downward-dog, time to go for some different ones. 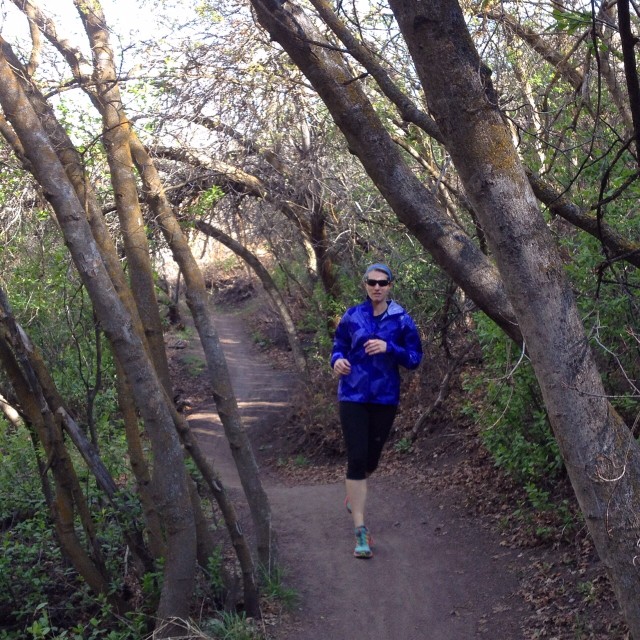 The capris’ length is also problematic. For a female of average height with muscular calves and quads, the legs tended to bunch up behind the knees, potentially causing painful chafing during a long effort. Whoever thought that low- to mid-rise running capris was a good idea, needs to rethink who today’s badass athletes are, and that the incredible activities we do requires clothing that will stand the test of endurance and movement beyond a shuffle.

The vast majority of our product reviewers agree that these shorts are not for everyday trail running. One of our testers says that they seem to be “geared to more of a fitness discipline vs. long distance runner”. The shorts run long and a little narrow, which could be a problem for anyone who runs trails where a large range of motion is needed for stepping over rocks, boulders, branches, poison ivy, etc. There also is no lining in the shorts, which is a must for any male runner. You need to wear separate underwear with them which, if not chosen well, could lead to unnecessary chafing of the delicates. Users that wore them in inclement weather found that the shorts performed exceptionally with wind and rain, keeping things warm and dry.

“You have to pair them with an underwear of your choice, which means much of what actually touches you will be whatever underwear you have. Choose wisely there.”

There were two redeeming features shorts: the weight of the fabric and the rear zippered pocket. “The outer mesh pocket is useless. [Everything] fell out in a matter of a few steps.”

Summary: These shorts are great for general fitness, but not so much for everyday trail and ultrarunning – however – if you are running in wind and rain, that is where they can really shine. 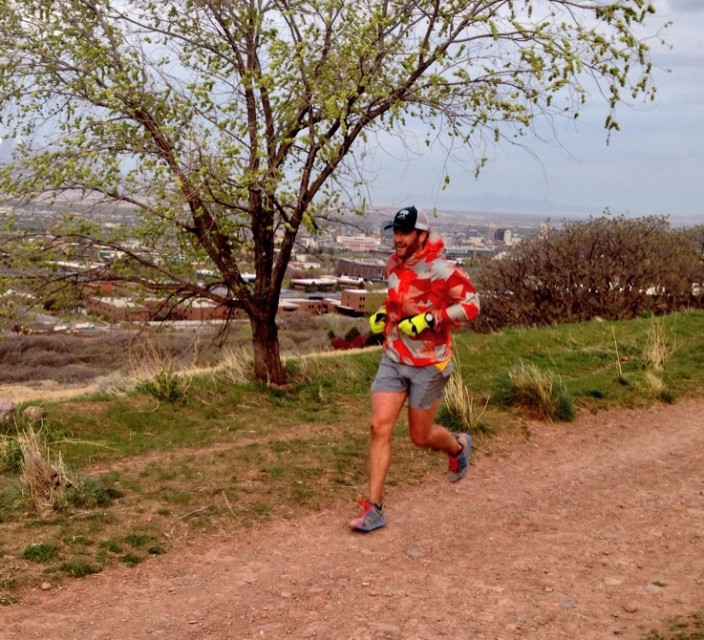 “This thing is money!”

Adidas’ Terrex Agravic Wind Jacket earned positive marks from our product testers specifically for its pockets, light weight and packability–it has a chest pocket for packing similar to the Patagonia Houdini. This jacket is an excellent choice on runs with threats of inclement weather… (By the way, if you didn’t already know, trail and ultrarunners don’t seem to really know what this phrase refers to. There is no weather too inclement for us. Okay, maybe a tornado…) There are functional pockets both inside and out. Our reviewers also enjoyed being able to regulate their body temps on both warm and cold days, with and without precipitation.  The jacket isn’t waterproof, but its performance was excellent as a windbreaker and body temp regulator. It also has the added benefit of a hood.

Overall the Terrex Agravic Wind Jacket is a good buy, and worth the investment. You might want to check out the color selection first, however.

How about you? Let us know what you think in the comments!