6 Last Minute Christmas Gifts to give the Mother...

Davy Crockett, age 59, from Saratoga Springs, Utah completed a 100-mile run on his treadmill on December 1, 2017. Crockett who is known for his solo adventure runs has been carving out a unique space in the world of ultra-running for the last several years. A quick trip to his blog reveals a man that has found very creative ways to mix his love of running with a sense of adventure. He has successfully completed several “First Known Times” on unique routes and is one of a small handful of runners that have completed a quad crossing of the Grand Canyon (R2R2RX2). He was the first person to run the entire length of the Highline Trail in the Uinta Mountains solo and self-supported in 2010. Crockett has also become very adept at running the 100-mile distance and is very quickly closing in on one hundred 100-mile finishes. 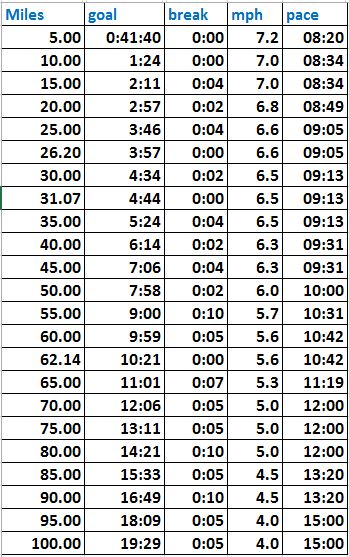 After his successful 100-mile attempt on the treadmill, which he affectionately named “The Dreadmill 100,” I asked Crockett the most obvious question, “why”?

“[Laughs] I like to try new things. The motivating factor for me is I’m collecting 100-mile finishes and I’m trying to get the last few done and this seemed like an easy way to get that done without leaving the house and having to travel.” With the successful finish, Crockett now has an incredible ninety-six 100-mile finishes. This puts him in very elite company in the ultra-running world. 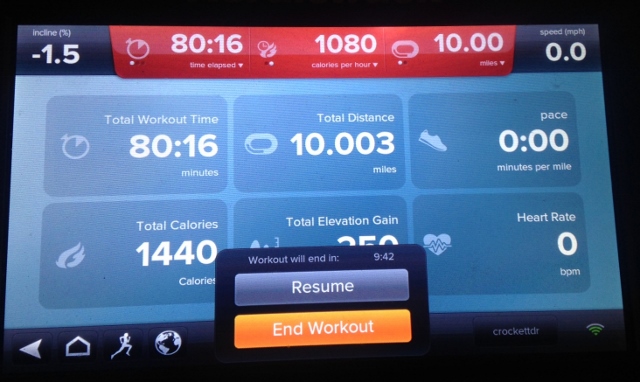 Crockett knew that running 100 miles on a treadmill would require some serious training. Going into his attempt, he had run nearly 3500 miles for the year and completed nine 100-mile races in 2017. He said, “I knew that special training on the flats was required. Each year I start my flats training in October to allow me to seriously compete in flat winter races.” Crockett also did several long flat training runs in the fall, including 84 miles at the “Crooked Road 24” in Virginia two weeks before his treadmill run.

Traveling 100 miles on foot is always a huge challenge, so I asked Crockett what he found particularly challenging about the distance on a treadmill. After the 50K mark his quads became very sore and his muscles began to tighten because of the repetitive running motion: “The challenge was altering my stride because you’re using the same muscles and they really start tightening up.” He tried altering the incline and decline but realized that didn’t help much, so he just had to endure muscle soreness the remainder of the run. Things became particularly bad later in the run and he had a very difficult time keeping up his pace. Remarkably, over the entire 100 miles Crockett only walked a few steps.

One might think that 100 miles on the treadmill would be incredibly boring, but Crockett never got bored and seemed to enjoy the run for the most part. To make the time go by he listened to music, watched sports and even tried to binge watch a few seasons of shows on Netflix, but did have an issue when he put on the second season of Stranger Things. He said, “It required so much concentration to follow the plot that it was very frustrating and after one episode I turned that thing off [Laughing].” Inevitably, he would fall back to music or Sportscenter to kill the time. 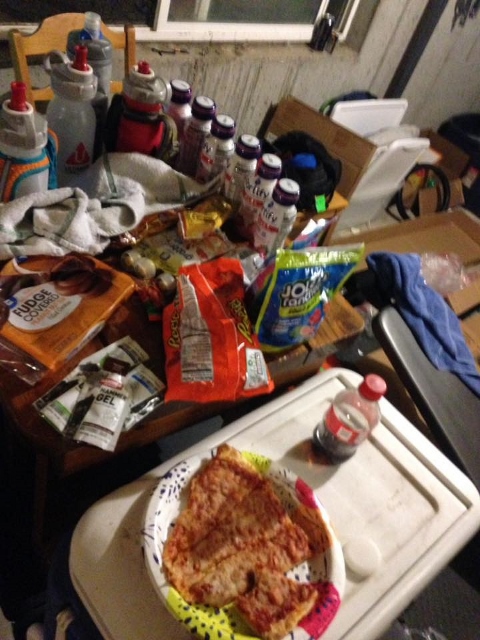 Another thing that really helped give him motivation and keep his spirits high was knowing he had many friends and family following his progress on Facebook. He had made a splits chart on a whiteboard and would periodically post updates with his progress and said that he really enjoyed all of the comments. He said, “I chuckled as I saw the flood of comments coming in and I responded to a few of them. There were a lot of people watching my progress and that helped keep me motivated.”

Crockett fueled pretty much the same as he would have in a typical 100 miler, taking in diluted Ensure, gels, pizza, soda, and candy. At one point late in the run he took a longer break to enjoy some freshly cooked bacon in the middle of the night. He said that seemed to revive him and give him the burst of energy that he needed. Although the fueling was mostly on point, there were a few setbacks with a sour stomach that required vomiting in a cup next to the treadmill without breaking stride.

Compared to a 100-miler on the trail Crockett said that in many aspects the treadmill was easier because it is aided. He felt like he could keep a much higher pace than he usually can on the road or trails and he shattered several PRs, although he said he does not count them as his true PRs. In 2011 at age 53, he ran a 19:40 hundred mile split at Across the Years and he finished his treadmill hundred in an incredible 18:11:56. He also set PRs for the 50k, 50 mile and 100k distances. Crockett was also surprised at how good he felt after the run saying he felt a lot fresher than he typically does, although his quads were complaining more than usual.

Asked if he would have done anything differently, Crockett said, “Not do it [Laughs]. No, actually I had a really great plan that seemed to work.” Then after taking some time to think about it he said if he attempted it again he’d try to push a little harder at the end and try to minimize his stops to see if he could go under 18 hours.

I asked Crockett what his big adventure plans were coming into 2018 and he really didn’t know, saying, “These runs come into my mind spur of the moment when I want to go do something new I just start looking at maps and figure it out.”

He will be at Across the Years again this year competing in the 48-hour event. Crockett won that event back in 2010 with 187 miles and with this recent treadmill run now has more confidence in his abilities to seriously compete again this year. 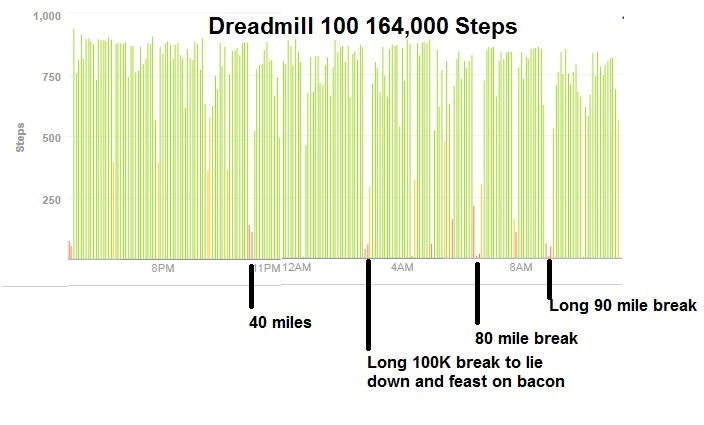 About the Author: Scott Wesemann