Winter Running Outfits You Must Have!! 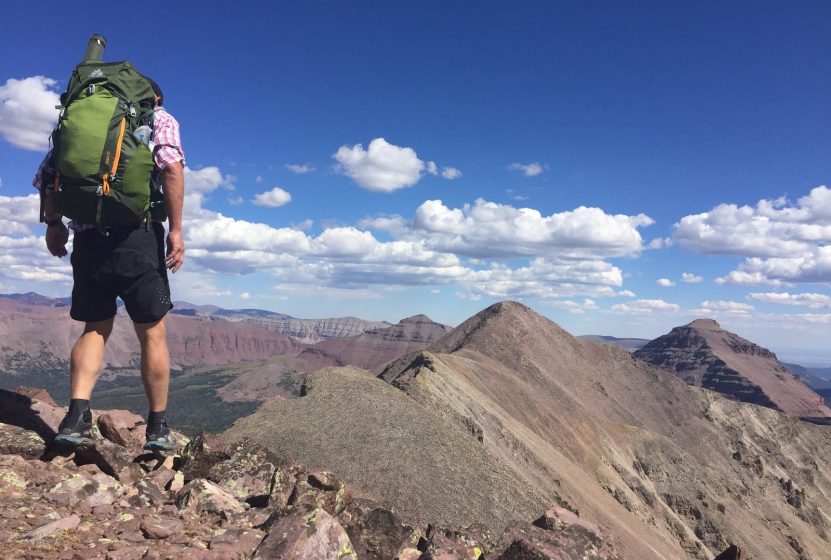 2016 has been an interesting year in the running segment of my life. I was weight-listed to run the Barkley Marathons in early 2016, and trained like I was in. I waited patiently for the list to move, and luckily, with a couple weeks to go, moved onto the unfortunate list of 40 who were to start the race.

Little did I realize how much Barkley would sap me.

Physically, I overdid it.  The demanding schedule of a young family, a full time job and other life responsibilities meant that the back to back to back days of tons of vert were only accomplished by giving up precious hours of sleep. Not a great recipe for peak physical preparedness.

1 1/2 laps into Barkley my knee (possibly as a result of over training and not enough recovery) decided it was done.  Mentally, I was fried. I didn’t realize just how much mental energy I was wasting worrying about the unknowns that Barkley presented. What will the terrain be like, will I be able to navigate, can I keep up with a veteran and remember the course, what will the weather be like, do I have the right nutrition and equipment, will I actually get off the weight-list?  The mental stress was relentless, and taxing.

I took the rest of April and most of May off, going for a run if I felt like it, more often than not just going for a mellow hike.  I organized a monthly neighborhood hiking group, hitting local Wasatch places; Mt Van Cott, Mt Wire, Grandeur Peak and Red Pine Lake over the summer months.

During these outings,  I started thinking about races again, but every time I started to formulate a plan on how to get back into it, I just couldn’t find “it”.  I started the local Jared Campbell creation – Millwood 100 – in early July, and after just 20 miles, I was already a few hours behind my anticipated splits. With no desire to suffer for the next 30-40 hours,  I pulled the plug.  I managed to run a decent Speedgoat 50K, followed by a solid Vaquero Loco 50K a couple weeks later, but then lost the drive again.

Planning to run the Uinta Highline trail in early August, I fizzled in my half-hearted attempts to coordinate logistics, and opted for a leisurely and thoroughly enjoyable exploration of a few of the 13,000 ft peaks in the Uintas, along with some fantastic fishing in Cliff Lake, Dead Horse Lake and the West Fork of Blacks Fork river.

I had a great time exploring some new hiking trails in Acadia National Park with my family.

And finally, after struggling with daily self-motivation sessions to train for and run the Mogollon Monster, a tough 100 mile Hardrock qualifier in Arizona, I decided racing in 2016 was done.

Since then, I have enjoyed every moment spent outside.  I switched modes from “training” to “enjoying” and, more often than not, when I was on a trail, I had my binoculars and/or bow and arrow in hand, moving slower than I had in years.

I stopped to soak up the sights, I paused to explore the rustlings around me. I listened to bull elk bugling at each other (and occasionally at me).

I renewed friendships that had lain fallow while I concentrated on “fast and far.”

I slept more (occasionally). I was resting, I was recovering physically and mentally, I was rejuvenating.

The only certainty is that life will continue to get busier as we add kiddo #5 to our growing family in the Spring.  I’d like to say that I will run a few races.  Maybe I’ll even get psyched enough to run a 100 again (THAT hasn’t happened since I finished the Bear in 2013).

I do know that whatever I end up doing, I’ll take the time to Enjoy, Rest and Recover.