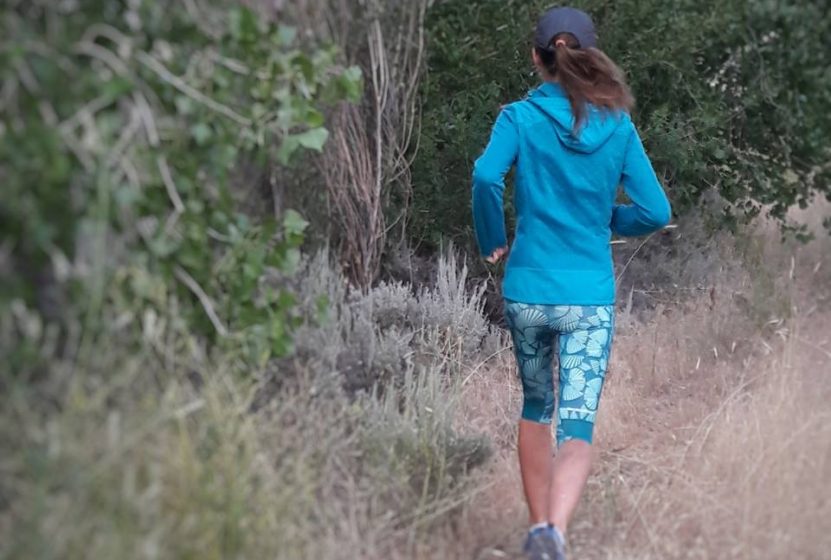 The Salomon Elevate FZ Mid W women’s running jacket has a soft, sweatshirt feel with a sleek, fitted look. The two front zippered pockets are integrated in seams, which accentuates the jacket’s simple style and function. There are plenty of running jackets out there with extra bells and whistles, but the Elevate focuses more on form. The interior right pocket has a stretch pocket to hold a phone, a small reflective stripe near the right wrist is visible to drivers and the hood can be cinched tight, but the jacket isn’t weighted down visually in any way.  Technical fabrics wick away sweat, and the woven contrast material on the shoulders, waist, and hood offer wind projection. With all this focus on stylish simplicity and fabrics that function well for running, it’s comfy enough to wear with pajamas around the house and cute enough to wear with a skirt to a restaurant. 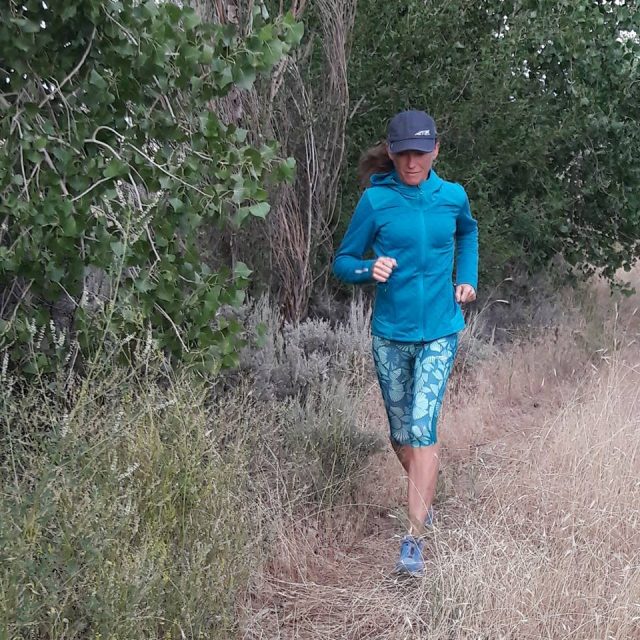 Runners are conditioned not to run in “sweatshirts,” but although this jacket looks and wears somewhat like a sweatshirt, it functions like technical material should, keeping you warm in the cool weather and cool in the warm weather. It’s not a jacket for wet and overly windy weather. That the jacket does not have extra long sleeves with thumb holes improves its non-running versatility, but you will need to have gloves on hand if it gets too cold. The hood’s cinching cords are hidden inside the hood, but exit right under the cheekbones, which could get annoying with too much movement. 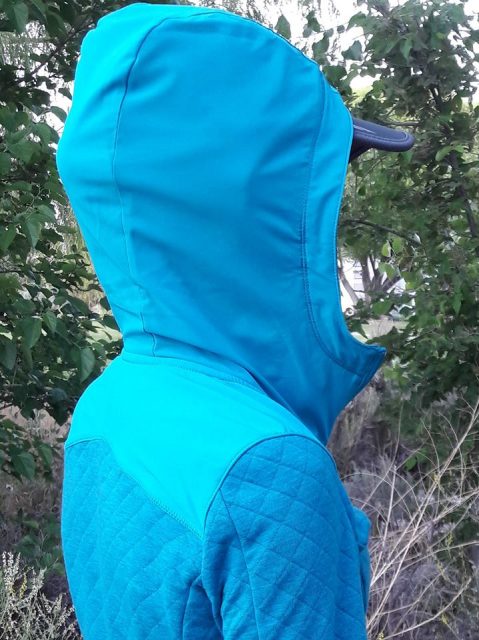 The hood seems to have just the right amount of space: neither too big to catch wind nor so tight you can’t wear a hat underneath. The length of the jacket is just perfect for running, as well. With an MSRP of $130, the price is on the higher end for a running jacket with so few visible technical bells, but the jacket’s value lies mainly in its versatility and specific function. 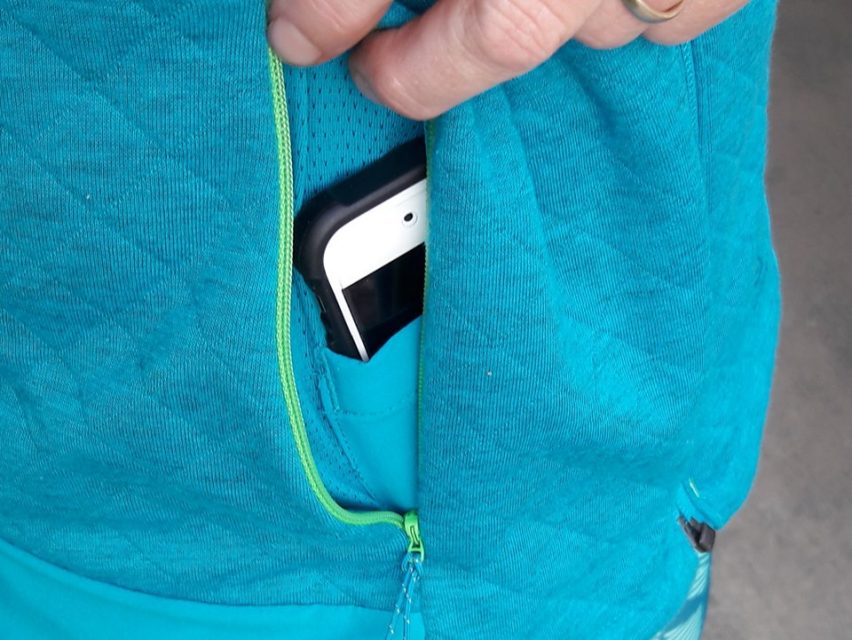 The Salomon Elevate FZ Mid W jacket would likely be best used for road running and in freezing temperatures, worn with or without a technical running shirt or tank underneath. Its non-running uses are many and limited only by too-warm temperatures for jacket wearing. 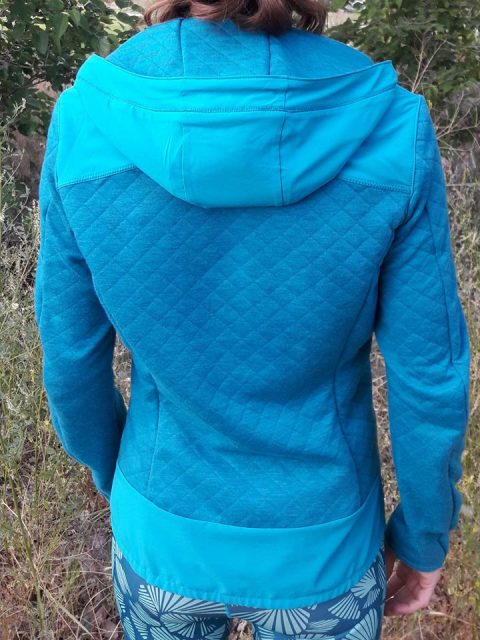 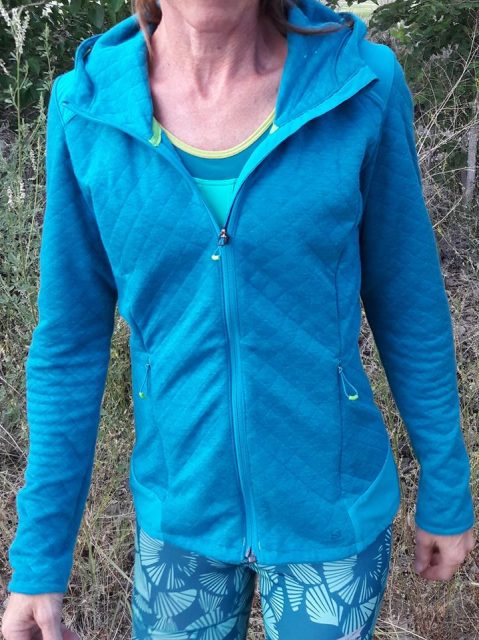