In June, I had anticipated pursuing the FKT on the Bryce linkup. This is a route our good friend Craig Lloyd had set up a few years back, that links the entire portion of trails in Bryce Canyon for a wonderful 40 mile run. Despite some training issues and surgery, I still felt I could give it a go and post a new FKT.

This attempt requires a one hour drive to the trailhead, an early morning start, a time commitment of 8-10 hours of running, plus recovery time. Not to forget following it all up with the all important blog entry detailing all my numerous highs and lows and pictures of my attempt. With one car, this would force my wife to wake the kids and herself up way before the crack of dawn to get me to the trail and then find ways to entertain two kids for an entire day, then taking another hour trek to pick me up. Yeah, stupid right? Up until the last hour, I had really planned on forcing my wife to endure this while I labored on this FKT attempt. In fact my, bag was literally packed. 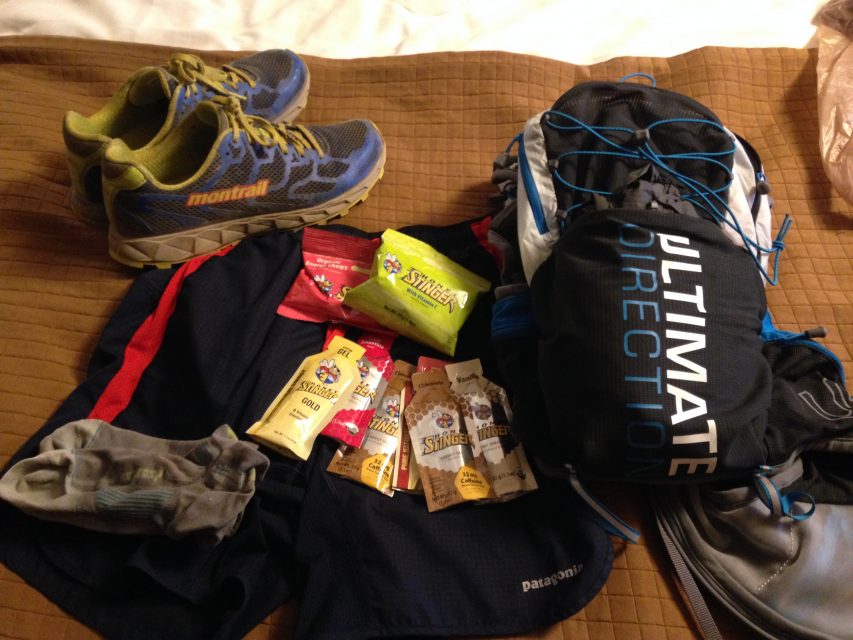 As fate should have it, I met another ultra trailer runner friend while hiking with his family in Bryce. We decided to modify the plan to run the top 16 miles of the Bryce Canyon trails in hopes of returning to hike and experience the remaining time in Bryce with our families. My wife was extremely happy and grateful.

Almost as grateful as I was after wearing the Montrail Rogue FKTs for 16 miles. I was very disappointed with the new shoes. The uppers are over built, the mids still compress for heel strikers like myself, and the heel collar was to high which caused bleeding on my achilles.

Conversely, I have been using the Honey Stingers products on ALL of my shorter routes, including this one. With the options of Gels, Chews and Waffles, Honey Stinger makes some delicious and wonderful options for long runs. I was honestly a little bummed that I abbreviated my longer FKT simply for the excuse to enjoy all of the Honey Stingers.

A Huge thanks goes out to Honey Stinger for all the delicious waffles, Bars, Chews and Gels. Not only do we love them, but our kids do to.