The 2019 Golden Trail World Series will kick off with the legendary Zegama-Aizkorri marathon the first weekend in June, but already the world’s most elite trail runners are preparing to line up at the starting line in the Spanish Basque Country—and at the six races that will follow in the second year of the most competitive “short distance” trail racing series on the planet.

While the inaugural 2018 Golden Trail Series accomplished its goal of creating more competition between the sport’s best runners, the upcoming season will feature even deeper fields of elites at the sport’s most iconic races. All of the top runners will return from the 2018 Series. Additionally, the best world runners representing all the major teams around the globe and a multitude of running backgrounds have committed to join them in 2019, making the series even more competitive. (See below for a full list of the confirmed athletes.)

In 2019, the Golden Trail World Series (GTWS) will look to grow the sport of trail running to an even wider audience using the best athletes to reach mass media that, until now, have covered the sport somewhat sporadically.

By bringing the best athletes from various countries and running backgrounds to the series, the goal is to excite the community, bring greater media interest and give greater legitimacy to the sport. In raising the level of communication, the hope is to inspire a larger audience of people to practice trail running around the world.

The man universally regarded as the best trail runner on the planet, Spain’s Kilian Jornet from Team Salomon, has run in all six races on the Golden Trail Series calendar and says all are iconic and exciting. After finishing 3rd in the final standings of the 2018 Golden Trail Series when an injury forced him out of the Grand Final in South Africa, Jornet is excited to take on the best competition in 2019, including the up-and-coming generation.

“Last year the Golden Trail Series was a very positive step towards getting deeper fields in trail running races, and having the best runners meeting at every race to fight it out,” the 31-year-old Jornet said. “Previously, that happened only once or twice a year. Young talents like Rémi Bonnet, Davide Magnini, Jacob Adkin, Stian Angermund-Vik and Jan Margarit have shown their potential in recent years. I’m sure that in 2019 they will be hungrier, more experienced and excited to see how they can overcome our generation.”

On the women’s side, defending Golden Trail Series champion Ruth Croft of Team Scott was a model of consistency in 2018. She has spent the offseason training in her native New Zealand, and is ready to battle the most elite women again in 2019.

“The Golden Trail Series has a variety of different styles of races so being able to perform and do well over different courses consistently is always a goal,” Croft said recently. “Of course, last year one of the appealing factors of the Series was the level of competition. I like to be on the start line of races where it could be more than a handful of women who could take out the win. Tougher competition always helps to raise the level.”

The Golden Trail World Series will once again feature the five most iconic races from last season, and add a new sixth grand race: the Dolomyths Run in the spectacular Italian Dolomites. This year, the Grand Final moves from South Africa to the Annapurna Trail Marathon in Nepal, a race that reaches an altitude of 4,122 meters. (Watch a preview of the 2019 Golden Trail Series here.)

The season will start in Zegama with its authentic Basque fever, where the conditions are often tough but the atmosphere and excitement of the spectators almost lets runners forget the weather conditions. Kilian Jornet, Spain’s favorite son, will return this year after missing last season’s race while recovering from injury. Stian Angermund-Vik, Rémi Bonnet, Davide Magnini, Oriol Cardona, Pascal Egli and many more will try to ruin his plans. On the women side, Ida Nilsson will also be back after her 2018 win, but Ruth Croft, Megan Kimmel, Holly Page, Sheila Aviles and others will be there to challenge for the top spots.

From Zegama’s 42km jaunt up and down the Basque Country’s muddy and technical terrain, the series shifts to the French Alps for the Marathon du Mt Blanc, which is often contested under a warm sun. The early part of the race is often run at a fast pace before the course becomes more of a roller coaster and finishes with a brutal climb, meaning that the physical qualities required to perform in Zegama and  Chamonix are quite different. With the level of competition expected to step to the line in Chamonix in 2019,  the race will likely be run in a pack, which could create new strategies that were not seen beneath the Mont Blanc in previous years.

At 21km, the Dolomith’s Run in Italy is next, and it is the shortest race of the series. It is where the younger generation of runners will have the best opportunity to compete against more experienced competitors in the couloir of hell. Expect the top-10 finishers to be close together until the very end.

Next up is Sierre-Zinal in Switzerland, a classic fast & furious race that delivers the tightest battles of the season year-after-year. Athletes come from road running, mountain running and track and field to compete over fast terrain. The course is relatively flat after beginning with an epic climb from Sierre, and the crowd waiting at the finish in Zinal is boisterous and rowdy.

Two weeks later, the athletes will move to the high altitude of Colorado for the Pikes Peak Marathon. Climbing and descending is the order of the day, with the course reaching to 4,300 meters. In the men’s race, the question (as always) will be whether anyone touch the impossible record of Matt Carpenter? In 2018, Megan Kimmel bested the women’s record that was set in 1981. With 21km of climbing at a 12 percent grade before the furious 21km downhill back to town, Pikes Peak requires a different kind of strength in the thin air of the Rocky Mountains. This year, the race will be held on the weekend of August 24-25, one week later than normal, making it easier for athletes to race at Sierre-Zinal and Pikes Peak, which were held only six days apart in previous years.

From Colorado, it’s back across the pond to the Scottish Highlands for a case of Scottish vertigo. The Ring of Steall, the final race of the series, will offer runners their last chance to qualify for the Grand Final. Athletes will scramble over technical ridges, run through chilly rivers and negotiate slippery peat passages in predictably unpredictable Scottish weather.

Finally, the top-10 men and women after the first six races will travel together to the Grand Final, being staged this year at top of the world. The Annapurna Trail Marathon in Nepal will offer trail running’s elite an opportunity to gather together in trail running paradise, albeit at high altitude, in what is sure to be a competitive final race to close out the calendar and crown the Golden Trail World Series champions.

Elite runners must participate in three of the six races during the series in order to be eligible for the Grand Final. The top-10 men and women with the most points in their three best races will earn a trip for themselves and a person of their choice to the Grand Final in Nepal. The overall final standings (and the men’s and women’s champions) of the Golden Trail World Series will be determined again by the runners’ three best finishes during the season, plus their result at the Grand Final. 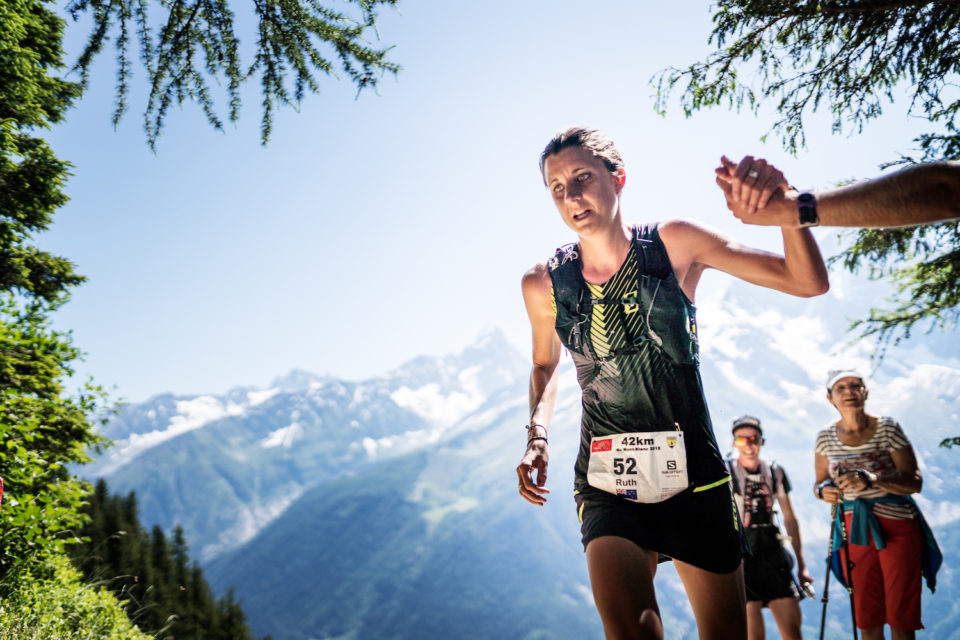 The Golden Trail World Series aims to promote professional trail runners as the world-class athletes that they are, to showcase and protect the awe-inspiring nature and environments where we play and compete, and to acknowledge the amazing, passionate fans as an essential ingredient in the sport. Each of the races in the series has been specifically selected because of the scenery, challenge, history and atmosphere that they offer to both the runners and to the public. These are the races that every runner wants to experience and some of the first races written on any runner’s bucket list.