For rock climbers, a muerte means to exceed abilities and go beyond the ‘climb or die’ mentality. Perhaps adopted from the English translation of a Spanish war cry, “To the death!” a muerte embodies the nature and lifestyle of pushing limits. What began as a sentiment among elite climbers in Spain is now a staple in climbing lingo. It is the good luck, the job well done, and the training mantra for climbers worldwide.

This concept, “to the death,” is something I’ve pondered on recent runs. While it is not uncommon for ultrarunners to push themselves to the point of hospitalization (or literally, to the death), this is not what the phrase means. Instead it’s a “go for it” attitude, resolving to make the most out of each training session, each race, each line. Do we as ultrarunners seek for this highest standard of ourselves, of our running, with the a muerte attitude? Do I? 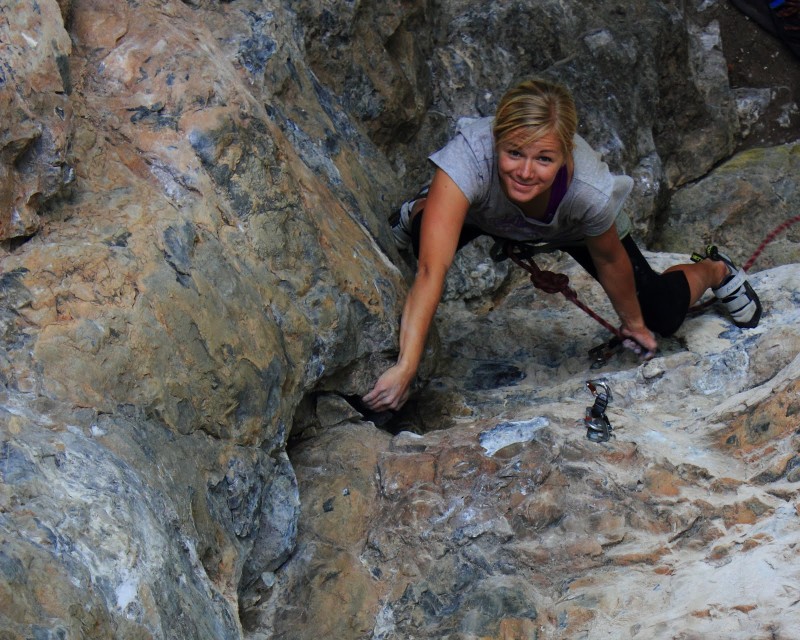 The hardest part of ultrarunning is the ongoing realization that the adjective “impossible” is only a past participle, a descriptive verb of something we thought we couldn’t do until we did it. We get this addictive realization every time we race, run, and push ourselves. With training, with passion, with hard work, the results are even better—A MUERTE!

Plans for next year are in the mix. It seems the 2014 running schedule is the hot topic of every group run and the base of every running club Facebook thread. “Who’s in the Western States lottery?” “Where should we travel to next summer for a group adventure run?” “Hey, have you heard of Barkley?”

I’m making my tick list for 2014. My goals are being prioritized, organized into their prospective months, much like we methodically pack our drop bags and organize our running lives into little labeled zip-loc bags. But a new resolution is embedded into my brain, a new unbridled hope for the 2014 year—a muerte!

“Twenty years from now you will be more disappointed by the things that you didn’t do than by the ones you did do. So throw off the bowlines. Sail away from the safe harbor. Catch the trade winds in your sails. Explore. Dream. Discover.” -Mark Twain

As you contemplate your dreams for next year, consider going for whatever it is that you think may be just out of reach. Be it a distance, a race, or just a long adventure run—exceed your abilities. Run as a celebration pushing the hardest, going the longest, and enjoying it the most. So, 2014—a muerte! “To the death!”

Be sure to check out  Jennilyns blog for more of her writing.

About the Author: Jennilyn Eaton

Read more from Jennilyn at http://themountainist.com/

4 Responses to “A Muerte”