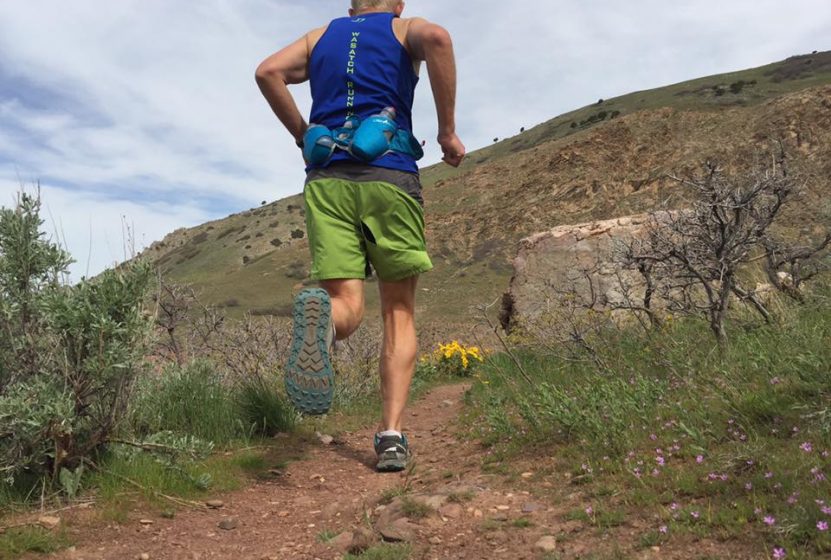 The UltrAspire Speedgoat is the waist pack that Trail and Ultra runners have been waiting years for. Designed for Karl Meltzer, the Speedgoat himself, this pack is perfect for the runner who wants to move quickly through rugged terrain, while carrying the basic essentials. If you need to stash 4 extra layers, your phone and GoPro to document the run, and enough gels to last through the weekend, then look elsewhere.

I was a waist pack enthusiast for years, but no matter which pack I used, they all tended to ride up off my hips and I found that after 2-3 hours, the pressure on my stomach caused nausea. I was skeptical in trying out a new waist pack, but was thrilled to find that the new pack design and anatomy of the soft plastic UltraFlasks kept the pack on my hips and I didn’t have any stomach issues on longer runs.

The storage capacity is minimal, but enough to stash a lightweight jacket, a few gels and/or bars in the zipper pocket, and there is a handy stretch pocket on the left to stash trash. In addition, the removable quick access front straps are ideal for holding a jacket or z-poles.

The Speedgoat is perfect for the runner looking for a 2-3 hour fast paced training run or a longer race with fairly frequent aid stations. Go pick one up.