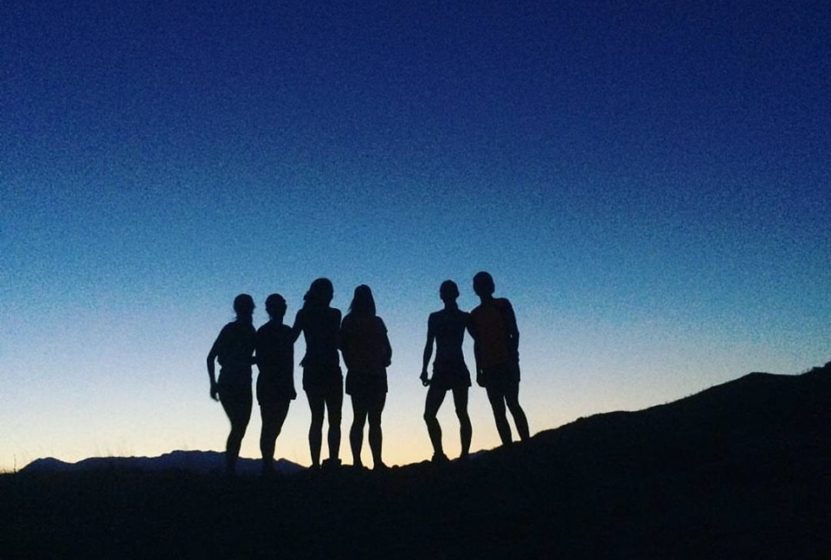 On March 11, 2019, two-time Olympic marathoner, Kara Goucher announced that she would be turning her sights to trail running, focussing her current training on preparing for the Leadville Trail Marathon in June.

When I read the interview she gave to Runner’s World, my first thought was, “Shoot, now the Olympians are taking over the trail running world. We little people don’t stand a chance.” Then I stumbled across something Goucher said in the interview that gave me a slap in the face and put me back in my place.

She spoke about her love of running beginning at a young age in the great outdoors, but as she began running competitively, she was now a slave to the clock.

“Since I was 12 years old, I’ve just stared at my watch”, Goucher told Runner’s World. “I’ve always been so obsessed with how fast I was going. But on the trails, it just doesn’t matter.”

When I read that, it was like I was reading my own story.

Now, I am not nearly the caliber of runner she is, but I have spent many of my years in the competitive running world. Much like Goucher, it was at the age of 12 in middle school when I discovered that I was faster than most of the kids (even boys) my age. I won district championships and even competed at a national level in the Hershey’s Track meet and Jr. Olympics. I broke long-standing school and state records in high school, and had many state championships under my belt, eventually earning a college scholarship as a division 1 athlete.

All of those years of competing were fun, exciting and extremely mentally taxing. The pressure to win was something I had a difficult time dealing with. As competitive as I am, mental toughness as it pertained to enduring the pressures put on me by coaches and in turn myself, took its toll. And by the end of a terribly unsuccessful college career, I forgot what it was like to enjoy running.

I muscled through a few more years after having my first five children as I ran road races and marathons, topping out at a 2:50 marathon before I began to feel the burnout coming on again. 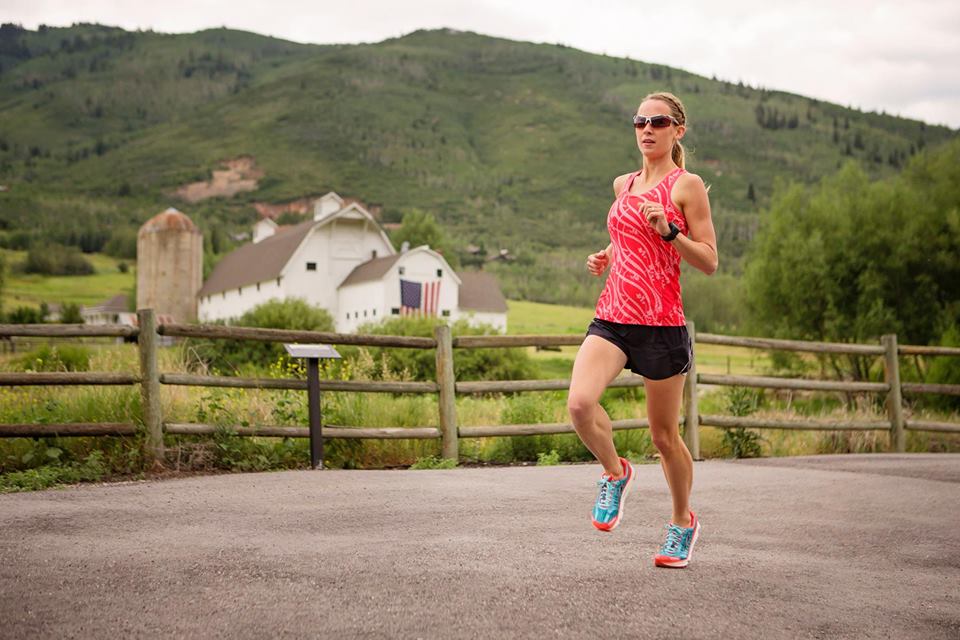 In 2010, my husband who was also a former college runner had gone on several runs in the foothills near our home and took me on a run one day. I was amazed and a bit disappointed. How was it that I had spent so many of my running years being a slave to flat surfaces and mile splits when all of this was available to me?

Like Goucher, I was a bit timid on the rocks, worried that I would roll an ankle and fall. But the more I ran, the more comfortable I got, and the less concerned I was. More than that, I began to forget all that had been ingrained in me for so many years. I began to leave my watch at home and run entirely by feel. I began to allow myself to stop when I saw or heard things like a deer passing or a choir of coyotes singing in the early morning hours. And much like Goucher, I learned so much from the trail running community. 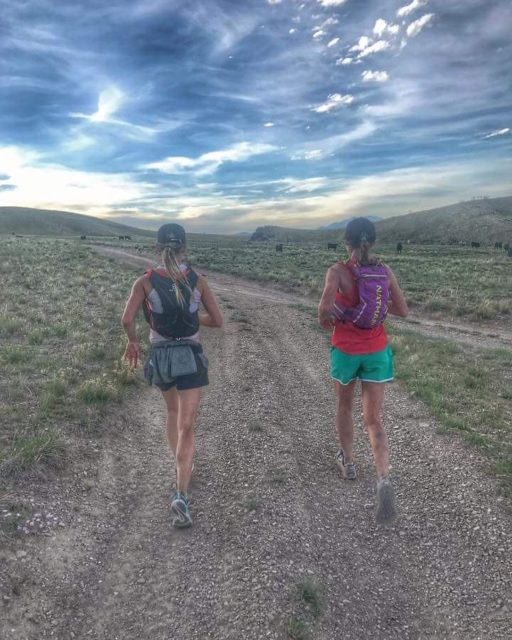 I learned that it wasn’t so much about who got there first, but whether we all got there safely. It was about the experience we were having together and encouraging each other. As I entered the trail racing scene, not much changed. There was a comradery among the runners from the elites to the ones in the back. We were all suffering, but all at a much slower pace, allowing us the ability to encourage each other. And the quiet nature that comes from being in nature allows for a much more peaceful feeling throughout the race, even toward the finish line.

And while she may not need it, I would love to offer some advice to Goucher as she enters this most awesome world of trail running, specifically these three things:

1. Don’t worry about the expectations of others

My transition from road racing to trail racing was quite humbling. In my first 50K, I led for the first 26 miles, then died a terrible death that ended in a DNF because I didn’t have enough fuel. I was greatly humbled and even more embarrassed.

Even so, it was during my downfall, when I experienced my first taste of the people. The first female to pass me offered me a swig of her water and an energy bar and made sure I was OK before moving forward. It was that gesture that made me coming back for more. 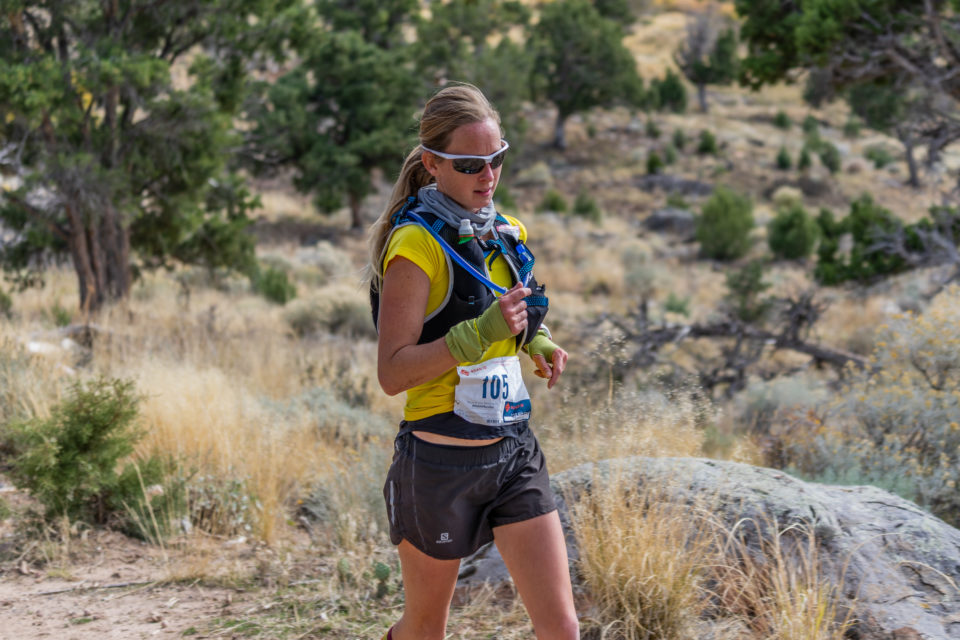 2. Don’t be afraid of falling

Falls happen both literally and figuratively. You might very well roll an ankle on the uneven ground. You may even slam your knee into a rock, ending with an injury requiring 22 stitches as I did. Perhaps you are greatly humbled by a particular course, sinking your confidence to an unimaginable low.

As long as you keep moving forward with a resolve to learn from those falls, you will be able to heal much quicker than if you stay fearful of experiencing more pain. 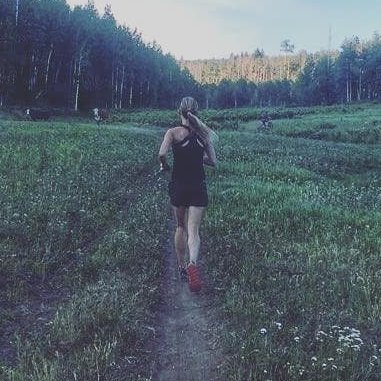 3. The joy is always in the journey

Racing at the top may not always be there, but running and experiencing what this world has to offer, will, no matter the level you’re at. I have found over the years as a now, mother of eight, that times and seasons come where I am able to devote time to racing and training, and times when I am not. No matter the season, the mountains are always there to welcome me with open arms filled with spring flowers, summer warmth, fall leaves, and the most magical winter snowfalls. 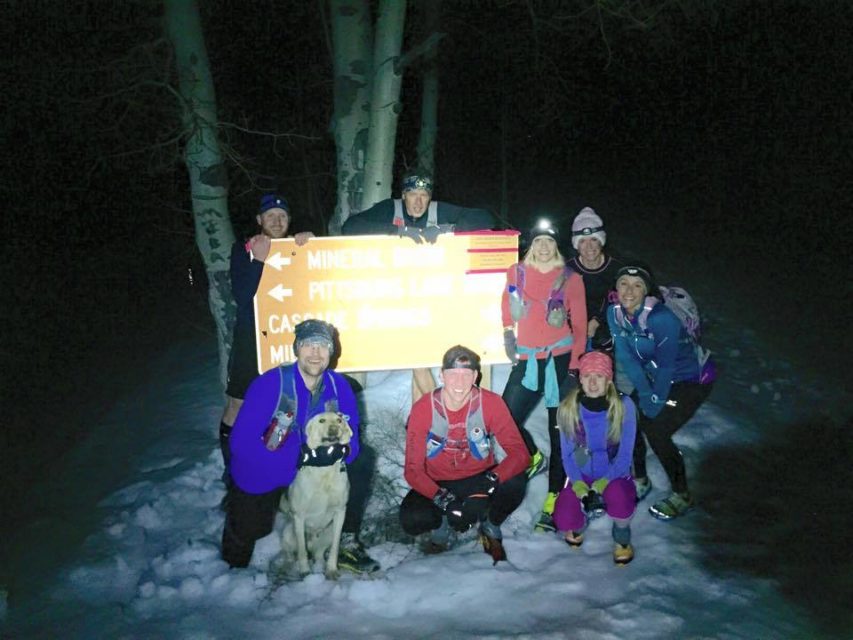