Dry Needling – Healing a Runner Inside and Out 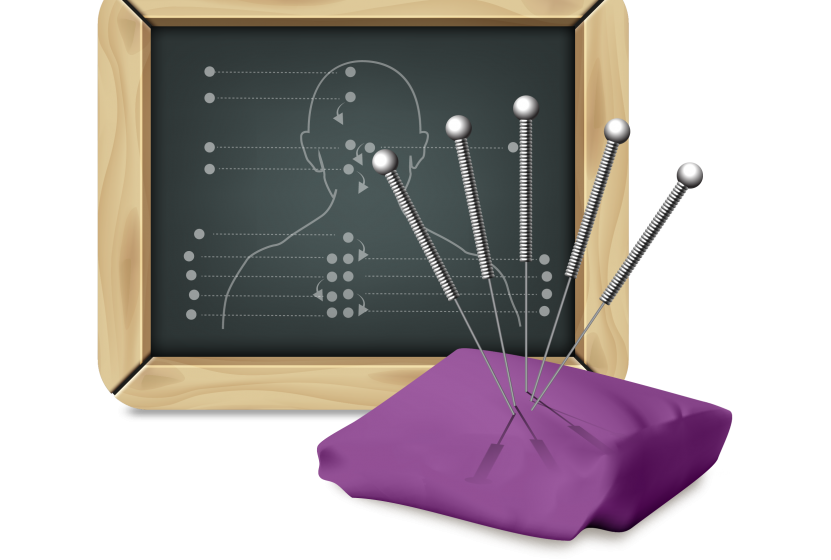 I’ve been doing some dry needling these last few months. After going through the process and experiencing some serious healing (both physical and emotional) it occurred to me to write about it.

I’m sure I’m not the only one who has some questions about how painful it can be, how big the needles are, and whether an organ will be punctured.

I’ve had acupuncture too many times to count; I can honestly say I’m a big fan of needles when used for Chinese Medicine (if you’re after my blood though, you better not laugh when I start crying from the pain. Seriously). The school of thought that says there are channels of energy coursing through the body makes a lot of sense to me. I’m a big believer in things being connected at a core level even though they might not look related at first glance.

Last night a friend on DailyMile.com asked about dry needling… she’s been thinking about it and wanted to know my thoughts.

“I think it’s a really good thing, but give yourself the day for recovery before you try to do anything. As with any bodywork, don’t be surprised if some emotion comes creeping up to peek in the window. It’s good stuff… Done right, it’s not painful. Look for an Acupuncturist to do it, not a PT, you want someone who understands the nuance of the needle and the energy flow underneath it.”

Dry needling is different from acupuncture in that far fewer needles are used. It’s targeted for specific knots and aches in the body.

I initially had needling done in my calf muscle because the arch of my foot was whiny. I had had some ultrasound and massage done on the foot, as well as some acupuncture. Nothing worked; clearly, we needed to look further for the source of the problem. Steven Rizzolo over at Boulder Sports Acupuncture did a little treasure hunt on my body and found knots the size of small rocks in my calves that weren’t responding to massage or foam rolling.

While I lay face down on a heated table listening to gentle tribal music and breathing in the relaxing smell of sage, he used a typical acupuncture needle and went straight into the core of the knot. My leg jumped reflexively.

“Good,” he said approvingly, in his soothing voice while he waited for me to take a few deep breaths.

Then he very, very gently worked the needle just a hair further into the knot, causing a second mild tremor in the muscle. After another deep breath that settled my heart rate, he found one more nuance of release that caused the third, and final, muscle twitch. Then he extracted the needle and while rubbing my leg, noted that the position of my foot had changed. The muscle had been holding so tightly that my foot was being tweaked inward, causing a change to my gait and constant pressure on the arch of my foot.

Seemingly unrelated, but once identified, the root cause of the problem.

When I stood up my leg felt like a brick. The entire calf muscle was adjusting itself to this new paradigm and wasn’t happy about the entire state of affairs. I mentioned to Steven that things were sore; he assured me that by tomorrow I would be ready to run again.

That night I went home and iced the calf a few times while I sat on my butt and tried not to move too much. I seriously doubted Steven’s assessment that I would be “fine” the next day, but I held out hope that he was right and I was wrong. This would be an awesome thing to be wrong about.

The next morning I woke up and gingerly tested my calf by flexing the foot. So far, so good. I stood up and walked around the bedroom; still fine. In the next hour that I busied myself getting kids ready for school, the muscle loosened up even further. I was fine, and it was time to run.

1. The needling itself is not too painful. I’ve broken bones, crushed my foot with flagstone and gone through natural childbirth twice. Dry needling, in the grand scheme of painful, is pretty low on the list.
2. The needles are incredibly thin. You can’t draw blood or sew with them; they’re acupuncture-grade needles.
3. Your organs will NOT be punctured. A drop of blood might be drawn somewhere, at some point. You won’t bleed to death. Stop being squeamish.

Earlier I mentioned that there’s an emotional aspect to this work as well. Recently I had a treatment where I left the office and tears oozed, dripped and spurted from my eyes for a good six hours. Not because my body hurt so much but because it felt like my heart had been whacked wide open. A few days after the massive release I canceled my next appointment with Steven, justified in my assessment that there was NO WAY I could go in and allow him to bring that kind of crap up to the surface and then leave me to mop up the mess when I should really be working.

He emailed me a few days later to check in. I replied honestly what happened. Within his next email he said something that resonated in my brain; “the body remembers what the mind forgets”. I know I’m a living, breathing example of holding onto memories in my body. And now Steven knows my secret; that by poking a needle into certain muscles, cryballs ensue. Excellent.

We talked at length about how sensitive I am to bodywork, how close to the surface my energy sits, and how I need more nuanced treatments. As he so astutely pointed out, “You’re a Mom; you can take anything that’s thrown at you. But for you to really heal, YOUR BODY needs time and space to relax into the emotional and physical release. So… we’ll go slower.”

So here’s my assessment of dry needling: it’s fabulous. Someone who works with needles all the livelong day and understands the nuance of the muscle and response, and adjusts treatment accordingly should do it. Also, plan to let your body be achy afterward, you’ll be able to run again the next day.

For further in-depth information regarding dry needling, check out this article by Healthybutsmart.com.

» Featured, Musings, Training » Dry Needling – Healing a Runner Inside and Out

7 Responses to Dry Needling – Healing a Runner Inside and Out