Trail gaiters are a nuisance, admit it. Either you have to treat them like a sock and slide them over your foot prior to putting your shoes on (which also means that you have to take your shoe off to remove them) or you might be one of the lucky ones that have an easy on/off zipper, except that the zipper inevitably comes undone, exposing your foot to everything nature has to throw at it. Additionally, some have a bottom strap that goes under your foot, which is handy . .  . until they break, usually about a month into wearing them, while others have a side connection that is specific to the brand of gaiter and shoe you own, which means you have to wear the same shoe with your gaiter every time. If you don’t, you get the final kind, which has nothing to hold down the sides. Maybe you’ll get that cool velcro strap in the back that attaches to another piece of velcro certain brands put on there, just for gaiter attachment.

Gaiters also happen to be quite necessary. Maybe not all the time, but often enough that we would imagine most people should own a pair. From winter running with snow balling up to pebbles or even sand making their way into your shoe; all impact your ability to move consistently if you have to keep stopping to empty your shoes out.

We met up with Kahtoola at Outdoor Retailer last year and were excited by their new version of the trail running gaiter, the INSTAgaiter Low and Mid. Made from stretch-woven nylon with a DWR finish (they are pretty water resistant), they offer an offset zipper (TIP – zipper faces out) that locks when you zip them all the way up and a draw cord at the top to adjust to varying ankle sizes. The adjustable instep strap will firmly hold the sides down, causing a nice seal around your shoe. Over the last month, we tested the INSTAgaiter Low and Mid in snow, sand, and mud, with great results. 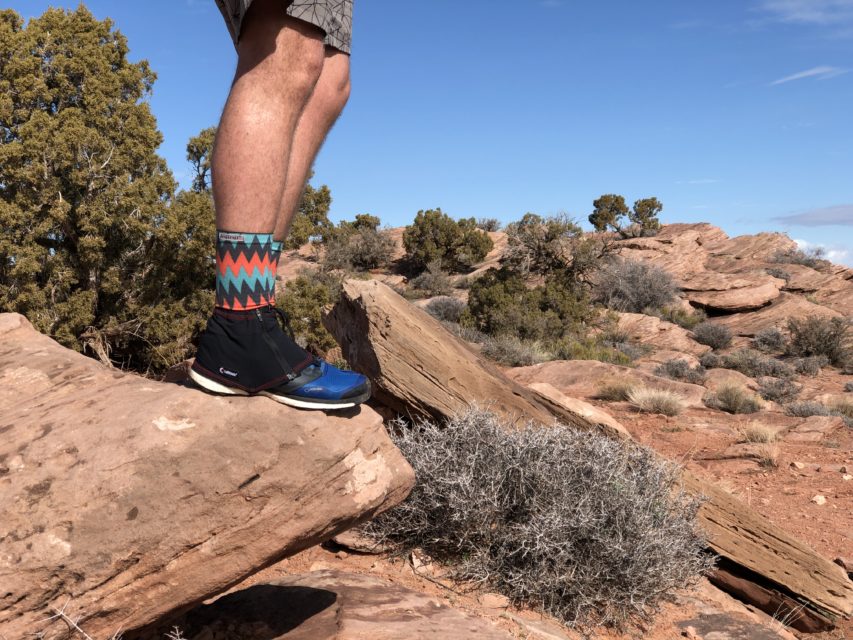 The low definitely fits better than the mid. While they both fit well around the shoe, the low just has more hold around the foot and ankle. It’s understandable considering the mid is supposed to be able to fit over boots, as well as shoes. We found that the line between S/M and L/XL is about a Men’s 10 and Women’s 9.5. If you’re below those, go with the S/M, if you’re above them, stick with the L/XL (Note the sizing chart when purchasing your pair).

Testers had slightly varying opinions about where to set the adjustable instep strap. By default, it comes set on the lowest setting. It is assumed that the highest settings are for people wearing boots. Our testers generally set it on the second lowest setting. The only person who didn’t was Matt, who wears a size 12.

Due to the way the gaiter fits around the shoe and ankle, the low is better than the mid at keeping out snow, as it creates a better seal around the shoe. The mid has a tendency to hold onto snow that can work its way up from the bottom. If there is one drawback to either of these gaiters it’s that snow – if dense and heavy – can work its way up from the bottom and get into your shoes. Overall it does a good job, but there are times with snow got in. After having tested several brands we have found that the only real way to get around that is to simply wear a shoe with a built-in gaiter. So for those who don’t own a pair of those, the Kahtoola INSTAgaiter might be the next closest thing.

Where the mid really excels is in the sand, loose dirt, and water. To put it simply, nothing got in. The higher ankle is just above about the point where any sand can reach and more than most puddles people might step into. Keep in mind that the gaiter isn’t technically waterproof, but you might have had some of our testers fooled. After several hours in the snow, we still had dry socks and warm feet.

One thing to be mindful of is that the instep strap can get worn down if you wear the gaiters with shoes that have very flat soles, something like an Altra Lone Peak or Brooks Cascadia. We have yet to see one break, but there has been some wear and tear. This is considerably better than any other brand we’ve tested with an instep strap. In all of our other testing, we’ve never had a strap last longer than a month, so this is really saying something about the Kahtoolas. 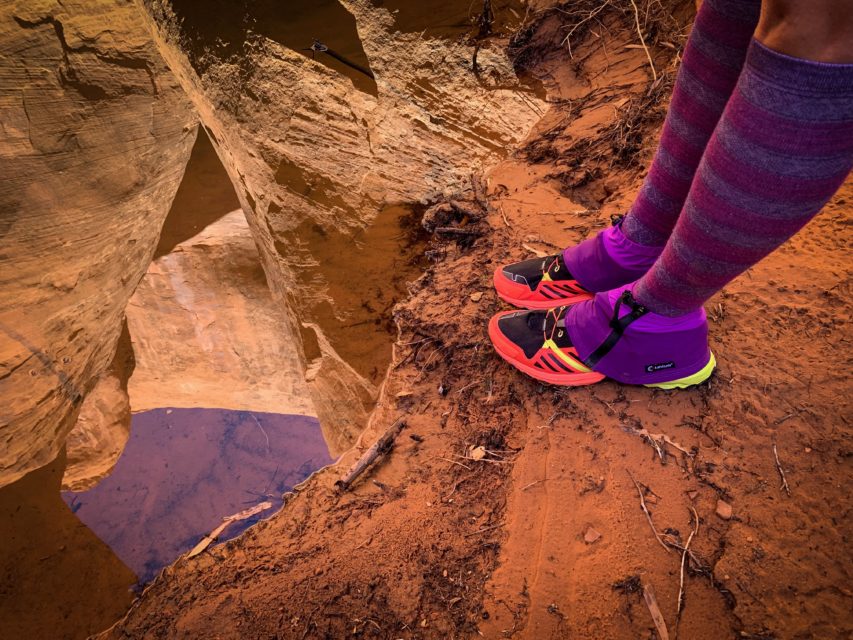 Another thing to note is that if you want the zipper lock to really work well you need to make sure the gaiter is fully zipped, to the very tippy-top, before folding it down. Additionally, don’t synch the elastic ankle strap until you’ve got the zipper locked properly. These simple hints will help you avoid any unnecessary zipper slippage. 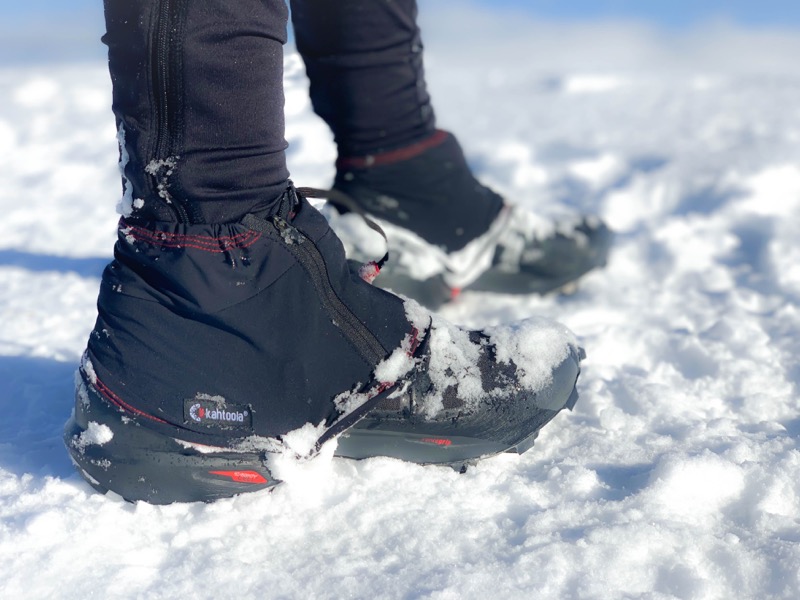 As it turns out, not all trail gaiters are a nuisance and there really are some winners. Kahtoola has proven, once again, that they are leading the way in niche running products. We recommend both the INSTAgaiter Low and Mid. Just pick the one that best suits your style of running and you won’t be disappointed. 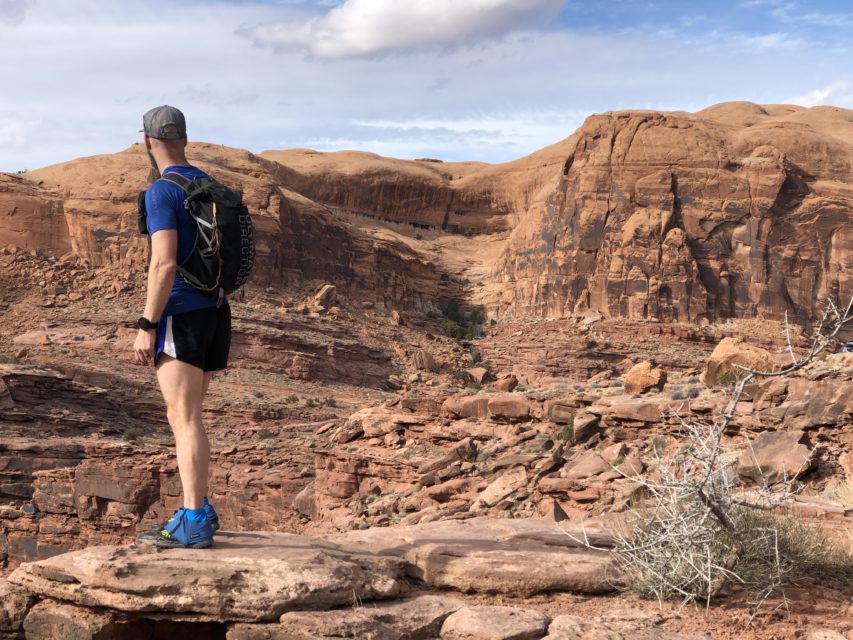 We don’t need to review the Microspikes, everyone knows how good they are. So we will just share a few thoughts and some photos for those of you who are considering getting a pair. 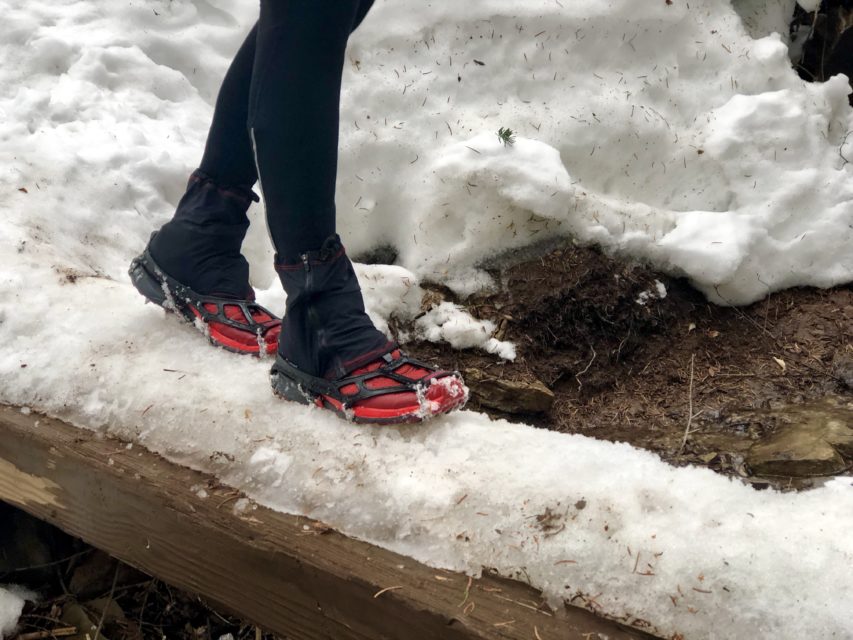 If you’re like many of our testers, snow and ice is a staple for several months of our running during the year. Not every run requires spikes. Usually, fewer than you probably even wear them for. That said, the Kahtoola Microspikes never leave our running vest in the winter because you just never know. There may be times where there are only short sections of ice, but knowing you have your spikes with you can provide that sense of ease, even if you don’t need to use them. It’s certainly better to be prepared and move confidently than find yourself in a slippery situation and risk injury.

If you don’t need something as aggressive as the Microspikes, Kahtoola also has the Nanospikes in the lineup, which are great for roads and paved trails. 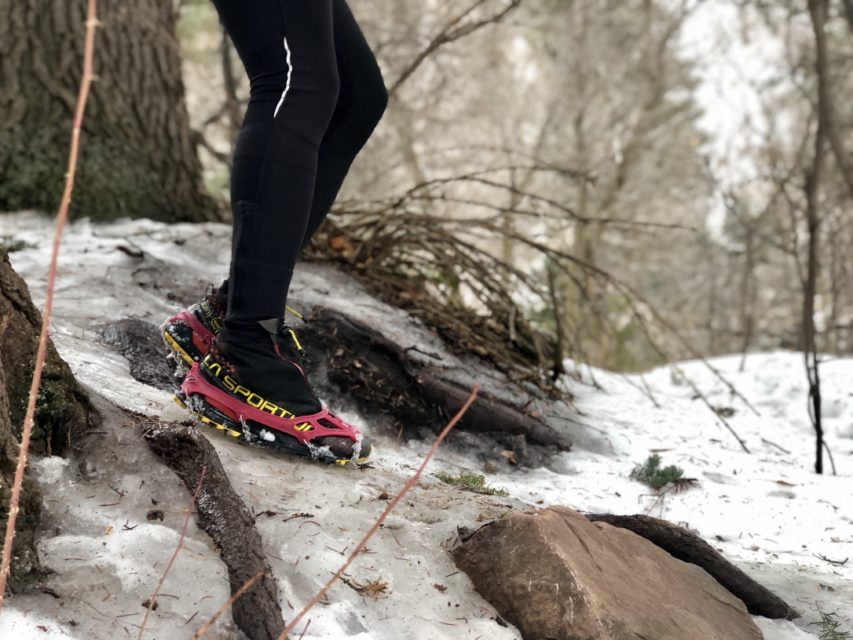 One Response to Kahtoola INSTAgaiter – Low and Mid – REVIEW