Run with us, write with us!

More than a movie – the 50k Fatass that is giving back 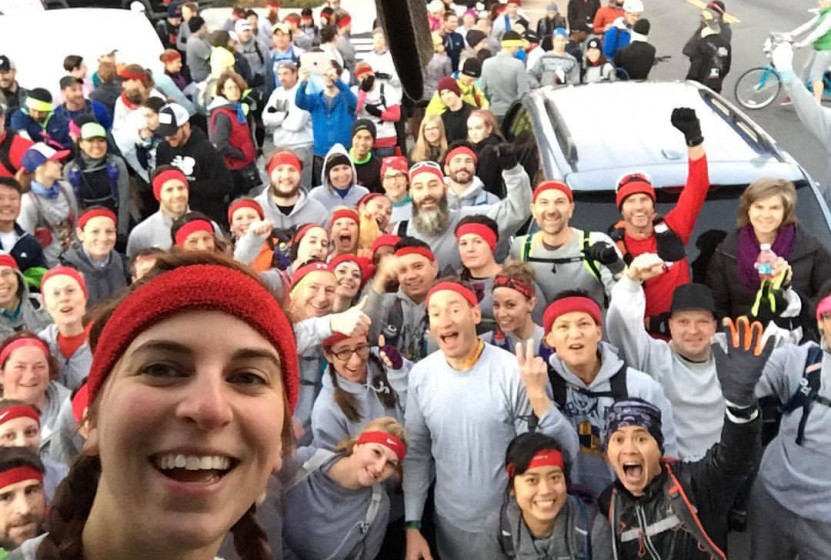 Those iconic words resonate through the city as 150 runners amass to run the same path Rocky Balboa traveled through the streets of Philadelphia in the 2nd, and possibly best, Rocky film. For the third year now, Rebecca Barber, an ultra runner from West Philadelphia has hosted one of the most classic fatass fun-runs in the country, the Rocky 50k. 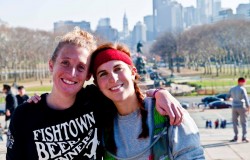 On the Rocky Steps

The idea originated from an article written by Dan McQuade for Philadelphia Magazine. A Rocky fan; in the article, using landmarks from each scene in the movie, he mapped out the route Rocky would have had to have run from his home to the top of the steps of the Philadelphia Art Museum. It turned it was a bit over 28 miles, just short of a 50k. The article immediately went viral and was picked up by other publications as it made it’s way across the country. Barber saw it as an opportunity to not only bring people together to celebrate the movie, but also as a way to partner with a local non-profit – Back on My Feet – and pitched the idea to the writer to host an unofficial fun run.

Of the event, event director, Rebecca Barber explained that what began as an opportunity to run in the shoes of Rocky has become something far bigger. The events partnership with Back on My Feet – a national for-purpose organization that uses running to help those experiencing homelessness change the way they see themselves so they can make real change in their lives that results in employment and independent living – has really grown into an opportunity to give back to the local community and the nation’s homeless population. This year alone they had approximately 2000 lbs of shoes donated from 170 people. 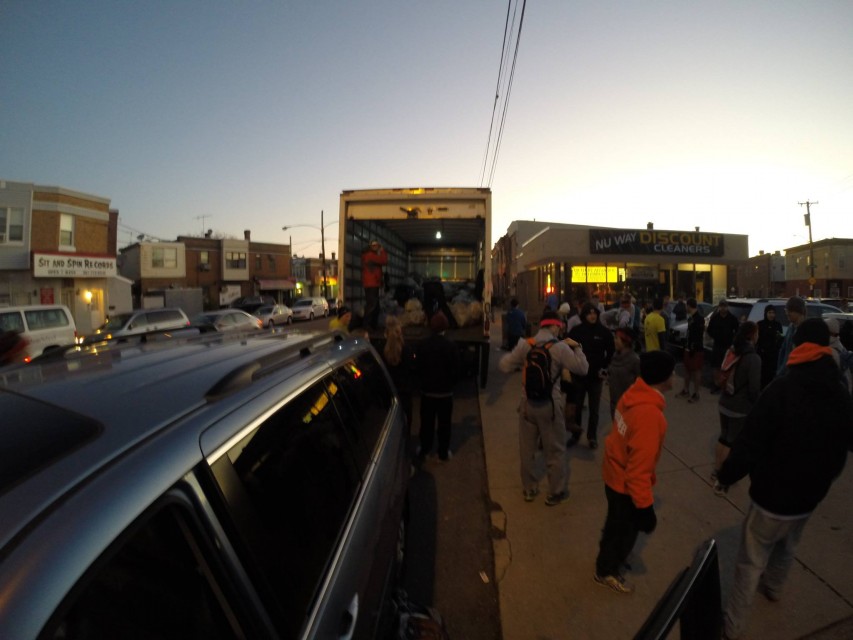 Collecting Shoes for Back On My Feet

The daughter of A. Thomas Schomberg, the artist who created the Rocky Stature that stands near the bottom of the steps of the Philadelphia Art Museum, donates a mini statue replica to Barber each year to be given out to the participant who brings the most shoes (by weight). This year the winner brought 675 shoes.

This year nearly 60 people (of 170) donned the Rocky-esque look of gray sweats and a read headband and ran the full 50k distance in his image. Runners start at a laundromat on an open cross-roads very close to the house Rocky leaves from in the famed running scene. They then weave through Center City to Kensington, cut down and over to Broad St, then make their way back down to So Philly and around to the art museum, passing all of the landmarks shown in the film. Runners even cross the bridge where the kids follow him. The route goes to the cemetery where Rocky’s wife, Adrian is buried (from a later movie). Even the prop headstone, which was fake, is still there and if runners know where they are going they can make the half mile addition out to see it. Finally, the route ends at the historic Rocky Steps of the Art Museum, where every runner must run to the top and dance around with their arms over their head. 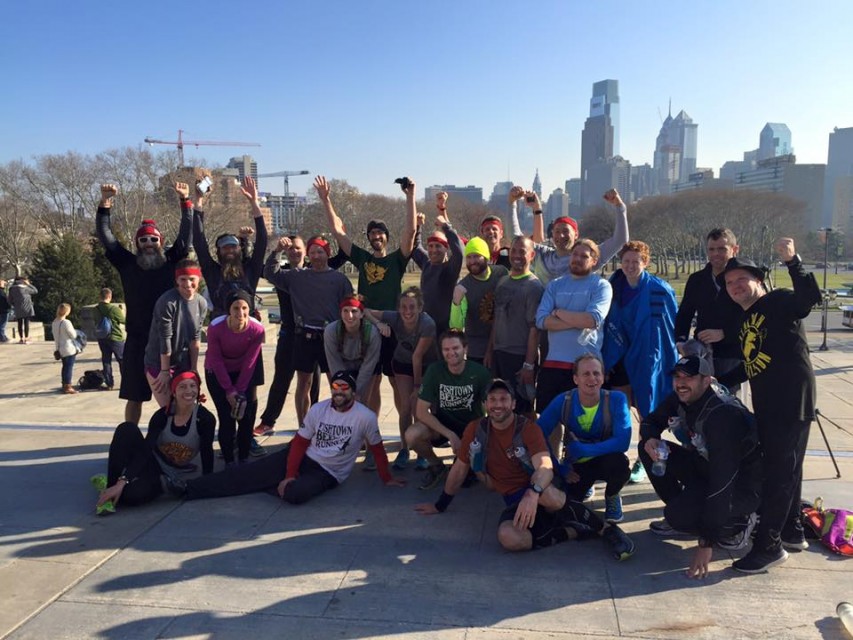 Several of the runners on the Rocky Steps

When asked if she would turn the Rocky 50k into an official, paid for event, Barber states,

“I didn’t mean to be on this mission, but I’m definitely on this mission to keep it a fatass. I love races, but I like exposing people to the idea of not needing them. We had roving aid stations, pretty much – awesome friends of awesome runners driving or biking around giving aid to runners. I want people to know you can have an amazing running experience without paying a dime. You don’t need a medal to have a reason to run.

Barber isn’t just bringing a group of people together to revisit an iconic movie experience or to help raise funds and shoes for the nation’s homeless, she’s sharing and teaching running principles that apply to everyone who want to have the “ultra” experience. If you don’t already have plans for the first weekend in December, 2016, this is an event to add to your list. Not only do you get the Rocky experience, but you also get to spend the weekend in one of the greatest cities in the country. 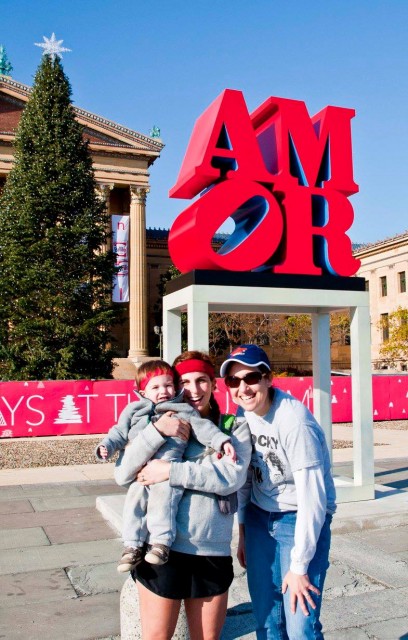 A runner, who was pregnant during the first run, 2 years ago, named her baby Rocky, after the famed fictional character.

» Charity Events, Community, Featured, Race Reports, Uncategorized » More than a movie – the 50k Fatass that is giving back