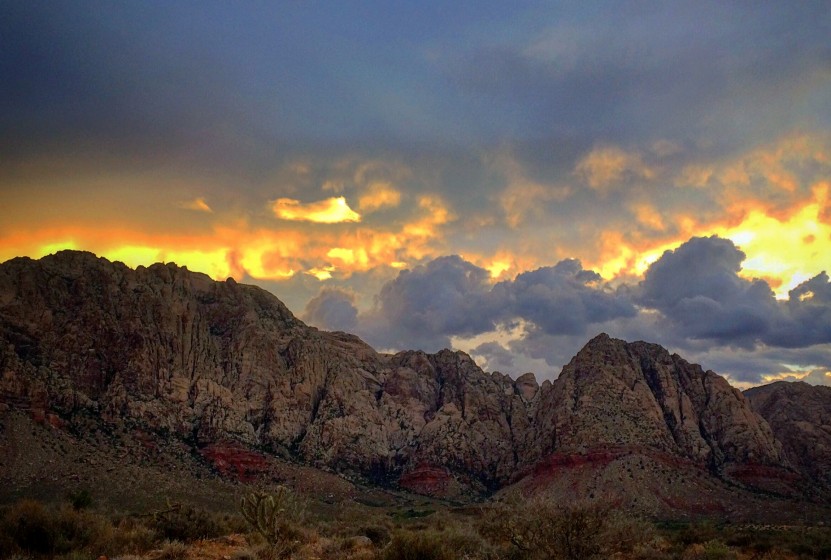 Las Vegas in the summertime is often associated with pool parties and walking the strip with plastic drink containers that are just about as tall as the person carrying them. Every now and then, however, a rare breed of human known as a “trail runner” comes into Las Vegas with dreams of desert landscape, sandy single track, and the possibility of running into whatever flora and fauna their paths may cross.This person packs their trail shoes and the minimalist trail apparel we are pretty much known for, and deplanes at McCarran airport into the 115 degree heat.

What to do now? No reasonable person wants to run in that heat, right?  Well, we have our ways! First, along with those running shoes and old running shorts etc. it is very important to bring a hat to block the sun, a hydration pack or water bottle, sunblock, and maybe some salts, bars, and gels depending on how long you are going to be running. For any runners that have run a longer race, you all know how important it is to have your nutrition mapped out. Las Vegas summer running is like that. Map out your nutrition and plan for being able to support yourself. Bring a cellphone with you just in case and run an app that allows you to follow your footsteps back to where you started just in case you get off trail.  Most of those apps will work even if you have no cell reception. 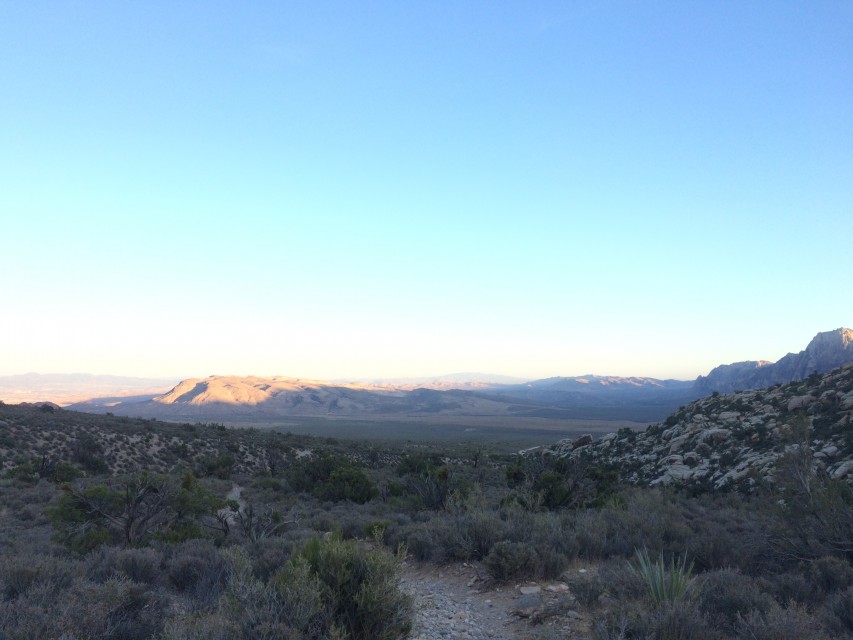 Las Vegas has a surprisingly diverse landscape that offers local and visiting runners as many trails to run as it does places to eat after the run! We have Bootleg Canyon in Boulder City, roughly thirty minutes away from the strip. Races such as the Bootleg Beatdown, Blood Sweat and Beers, and the Dirty Vert which are all put on by local race company Desert Dash, are held in this area. The Bootlegger 25k and 50k, a race put on by trail notable Ian Torrence, is also held in Bootleg Canyon during the month of November. Another beautiful area is Cottonwood Valley which is situated close to Red Rock Canyon (Red Rock Canyon National Conservation Area is perfect for hiking, running, and climbing). You should be able to run well over 20 miles in Cottonwood without ever crossing your own steps. This area is also no more than thirty to forty minutes away from the Las Vegas strip. Both Cottonwood and Bootleg Canyon have well placed trail signs that mark each trail as you come to a trail intersection. Calico Racing and Triple Dare Running Company are two additional race companies that are starting to put on some pretty awesome trail races in Las Vegas! 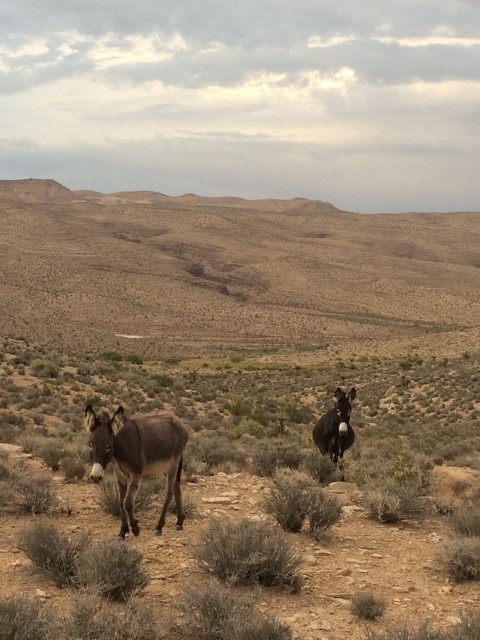 For those that would feel uncomfortable venturing out into the desert without knowing exactly where you are going, we have group runs almost every day of the week which are welcome to all. The Facebook group ‘Trailrunning.Vegas by Desert Dash’ is a great source for finding a local trail run. You do need to be approved by a group moderator, which is usually instantaneous, and then you can inquire about upcoming group runs. If you have a specific day that you want to run, someone will usually create a run if one doesn’t already exist. Most runs start very early in the morning due to the summer temps, but there are a couple of groups that like to go out about an hour before sunset. When you join one of these runs, don’t forget to bring your camera.

If you manage to get to Las Vegas and forget your favorite running “anything,” you will probably be able to find it at Red Rock Running Company located in Las Vegas and Henderson.

Personally, I don’t mind running when the sun is still high, although I draw the line at 110! As long as I have my hydration vest full of ice and water, I am generally good to go for about an hour. If I wait until about six or six thirty in the evening, I can usually get a couple of hours in with plenty of water to spare. Bring a headlamp if you want to do the later afternoon runs as you will not want to stop running when the sun sets. While my nutrition may be very different from the next person’s, salt on the hour and a gel every 45 minutes keeps me running strong and happy regardless of the conditions. While I have competed in races outside of the Las Vegas area, there is just something beautifully undefinable about desert trail running that keeps drawing me in. Stepping out into the desert it is like standing on the shore of an ocean. The desert, like the ocean, deserves respect. Don’t underestimate the desert, plan ahead, and bring a camera. Step out onto a desert trail and you may just fall in love. Give me my vast expansive desert trails with beauty as far as the eye can see and I am a happy trail runner. 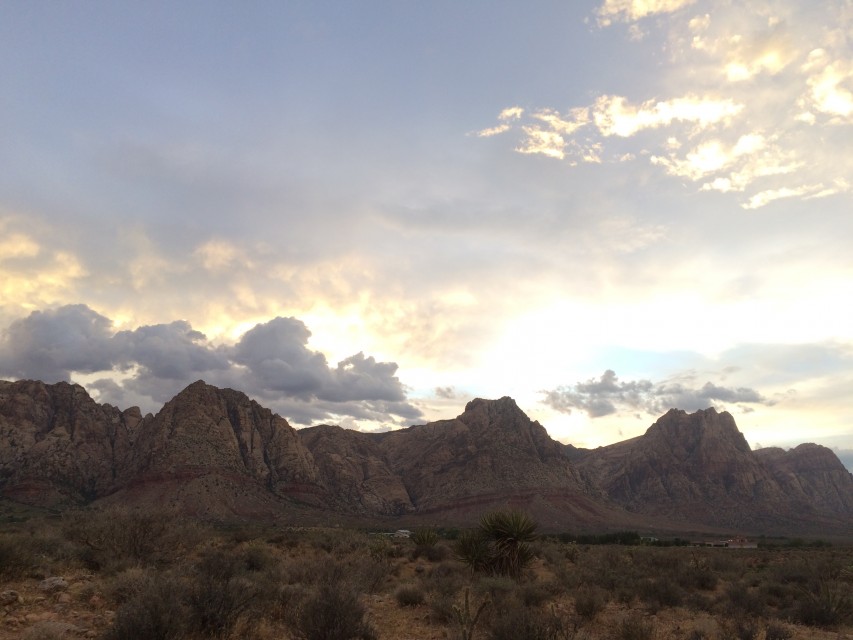 All Photos by Kara Nassoiy

» Featured, Trails, Training » Running on the Face of the Sun

2 Responses to Running on the Face of the Sun