It’s hot outside. Am I right?

Ulises Ricoy – We all have a story 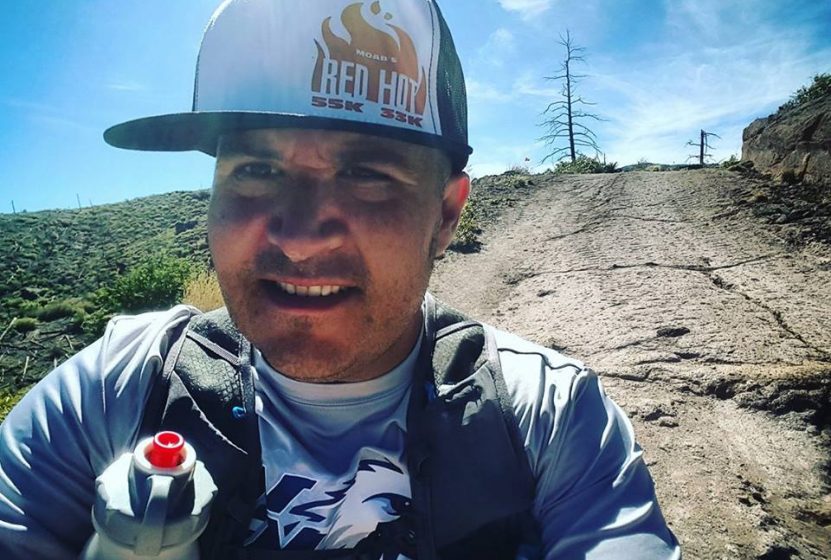 Over 4 years ago, I was diagnosed with a rare rapid neurodegenerative condition (largely due to MRI findings reflecting volume increase, Cortical tissue loss). This finding was the culmination of more than a year of wondering what was wrong with me. Close friends and family thought I had either relapsed (including me) as I have a drug abuse history (been sober since July 9th 2001), or that I was having a mental breakdown. I had recently gone through a divorce, had a young daughter that moved out of the country, and lots of work drama (this is all in hindsight now that I can say this).

Needless to say this was a very dark time in my life.

Going back to the MRI findings, doctors suggested that I may want to quit my job and start planning as the deterioration was worrying; they indicated that I would not be able to walk or talk soon.

A doctor from Cuba suggested that I have a functional test – a test that does not rely on anatomy but rather on function. I have a PhD in Neuroscience and loved the idea. After a perfectly normal EEG, this was a contradicting result. However, I had dropped about 45 lbs, and my cognitive abilities had declined severely. I recall laying in the hospital (during a routine of tests) and just thinking: “If this is it, please let it be it, I cannot take this anymore, I am exhausted, if I am going to be confined to a mental institution or death, I am ready.”

I did not care any more of the causes of the condition but rather the way out, a solution or a reprieve. During these times, one of my spiritual mentors suggested that I should start walking and praying, and run here and there. I was “willing” to do anything at this point. I started to walk-run (I used to wear Converse All-Stars) and could not even make a 0.5 miles.

My brother encouraged me on (he is an Ironman athlete). During this time, a friend reminded me of the great Mexica Runners (Among the Mexica, commonly known as the Aztecs, running was a part of cultural and ritual activities). Little by little, I would walk half a mile, a mile, struggle with knee pains (I had never run in the past). I became less and less interested in “my problems” and more interested in how I could be of service to others. Friends encouraged me to register for a half marathon. I registered for Valles Caldera Half and Jemez Mountain Trail Run (right up the hill from Espanola, NM where I lived).

The more I ran, the more I felt a conscious connection with living things and the Spirit of the Universe and things “just made sense” inside. I no longer cared what the cause of the “medical condition” was. In fact, while I run (and struggle), the easier it is for me to feel it and pray-talk to my Creator.

Running has taken me to meet amazing humans, each with a “story.” We all have a story. I highly admire and respect the running community and I feel a part of it. I have come to experience over and over that my mind likes to come up with false ideas and beliefs about myself, you and everything else.

Over and over, my perception is changed through this journeys, and interestingly, although the distance isn’t the goal, I too have learned that in this unexplored territory – where the body and mind aren’t comfortable – the spirit likes it, and it re-arranges my belief system about me, you and everything else.

» Featured, High five to the regular guy, inspiration, Runner Spotlight » Ulises Ricoy – We all have a story

23 Responses to Ulises Ricoy – We all have a story