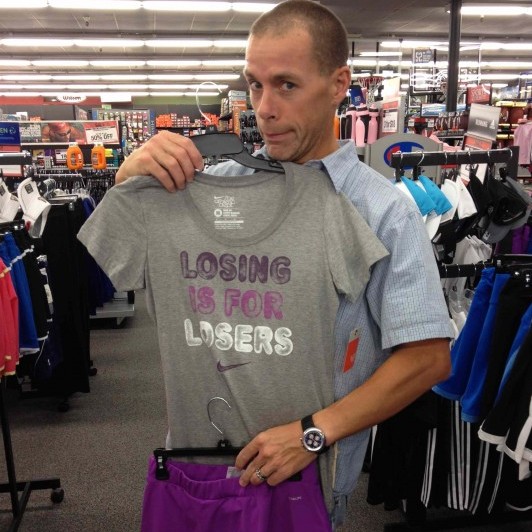 Well…it happened. I won a race. I entered a local 5k for fun on a business trip and won the damn thing. Yep, arms up and people cheering as I crossed the line – the moment was mine. Awful.

I know…why so glum chum? Turn that frown upside down.

The problem with winning is the winner usually looks for reasons why they won. Well…the local high school track team didn’t show, there was a bigger race across town, the fast runners must have been sleeping.

My winning time was 20:49 for the 5k distance (6:43 avg). So yes, a good run by most standards. But when you live in Boulder, CO it’s pretty much a pedestrian pace. I think I’ve seen cart collectors at the grocery store run faster.

So as I was waiting for awards I called my wife back at home for a quick chuckle.

“Nope, the whole damn thing. How funny is that?”

She was very excited and that was great. Support from a spouse (while expected outside of surprise tattoos and facial piercings) is a wonderful feeling.

It was nice to be announced as the overall winner and go get my crystal trophy with the “1” on it. As an added bonus, winning overall means also winning my age group…two awards!

My wife was kind enough to post my good fortune on Facebook for our friends and family to see. And this is where the suck really starts.

Finally the words came out that always seem to when one does well at an event, get’s on a podium or places high in AG…or heck, even wins. This time it was on Facebook.

“How many people were there?”

Talk about a kick in the nuts. This question is usually asked by those that maybe run to the bathroom or to the store for chips but not for exercise. I had about 50 answers in my brain but kept it honest and gentle. 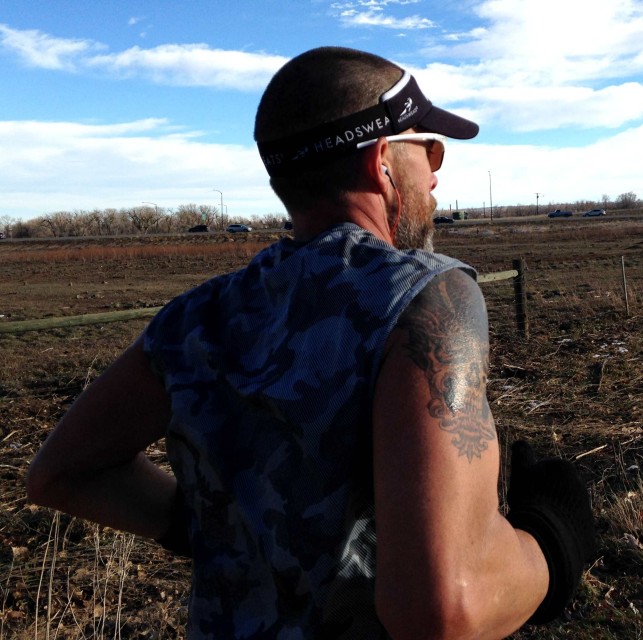 Then I realized why winning sucks. The first thing I did when I won was made a list of why I won. Nobody fast showed up. I live at 5,500 feet. I’ve been training for Ironman.  God forbid I won because I ran harder than the next fastest racer. By the way…the next fastest racer gave me a run for the money almost the whole way! I slipped away with half a mile to go and died a thousand deaths to win.

Not once did I give myself any credit for just running hard. Heck, a 20:49 is a PR for me! I run 50 and 100 milers…not 5k’s! I should have been happy. Part of me was happy, but the competitive side didn’t allow that to last long.

I’m not a pro so I don’t know how they think but I’m starting to see why most pro athletes are very humble. When a pro wins an ultra, do people ask them if Anton or Dakota were there? Do pro triathletes get asked if Rinney or Crowie was there when they win? Maybe they do.

When you really break down a race to it’s smallest pieces you realize that the winners are really only racing a handful of people at best. Most major marathons are great examples of this theory. You don’t see a pack of 50 racing for the finish. You see maybe 3-5 runners stringing it out with 2 miles to go. The winner that day is really only beating one to two other racers…out of the 30,000+ that showed up and toed the line.

So as I sat at the airport bar having a celebratory $9 Budweiser, I took a moment to enjoy the win as a win on that day at that time and smiled. I looked at my plane ticket and noticed it had a free drink coupon attached.