9 exercises to get strong in the offseason with... 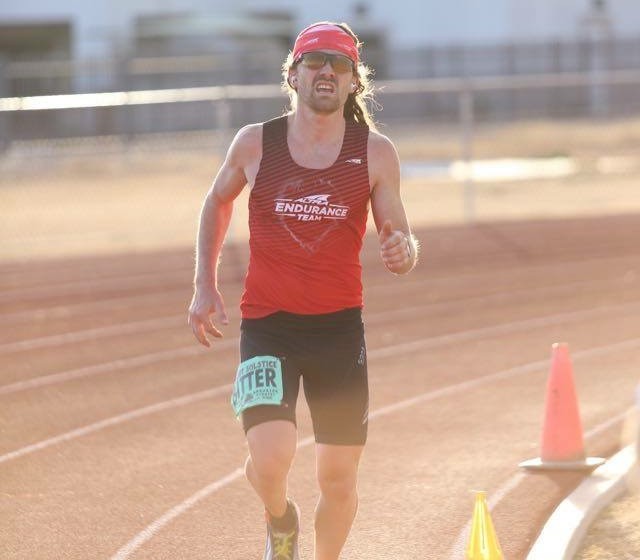 What does it take to run 100 miles in 11 hours and 40 minutes and 55 seconds? Averaging a 7 minute mile, that’s what. That includes bathroom breaks, aid station stops, and any clothing adjustments.

That’s just what Zach Bitter, elite Altra Running and Drymax athlete did yesterday, setting a new American 100 mile speed record at the Desert Solstice Track Invitational. The new record, previously held by Bitter, set two years ago in a time of 11:47:21 at the same race, was bettered yesterday by nearly seven minutes, an astronomical amount, even for 100 miles.

Of the feat, Bitter says,

“I went to [Desert Solstice] hoping to take a shot at the 100 mile world record. I felt like I put myself in good position, but fell short from a muscle strength standpoint the last 15 miles. Coupled with the time in lane two throughout the day, which is to be expected when doing 100 mile2 within a 24 hour event, my time goal was just shy of what I had hoped. However, I certainly can’t complain about a PR or American Record for the effort and am extremely greatful for my crew-chief Rich McKnight, Jamie Coury and Arivaipa staff and volunteers for putting on a top notch event.”

Bitter continues to dominate at the distance. He held the previous 100 mile effort, along with the world record for the 12 hour timed track event (101.7 miles). He told TAUR that he will make another attempt at the world record in 2016. The event has not been identified at this time, but you can be certain that when Bitter makes his next attempt, TAUR will be onsite to document it.