Camping Made Easy (Part 1) with Peregrine and Princeton...

In 2013 I ran the Dugway Trail & Ultra Race. By some miracle I don’t care to explain I went from last place to first place, winning the 50k distance, all within the last lap. That experience hooked me, not because I won, but because it was such an interesting and unique experience, I’ve made it a must to either return or do my best to support the race anyway I can. Held on the remote military instillation of Dugway Proving Grounds in the west desert of Utah, participants get the rare pleasure of entering and running on a secure military base. A 3 loop course, 10 miles each, totaling a 50k distance, allows racers to pace through the start/finish on two occasions, which makes for a great opportunity to bring family and friends. And if you aren’t up for the full 50k distance, there are several other distances you can run, something for everyone.

The race itself was recently featured in Runners World online. Current 50k course record holder and 2015 winner, Steve Frogley, was quoted as saying, “you really feel isolated, like you’re in the middle of nowhere.” As someone who runs a lot of races, but generally doesn’t run a race multiple times, he went on to say, “I would highly recommend it.” The Dugway Trail And Ultra is becoming renowned for the unique and filled swag bags. For many, that alone is enough of a reason to show up.

I recently caught up with Race Director, Curt Fortie, and talked with him about the origins of the race and how it has evolved over the last four years. While the course has changed somewhat and additional races have been added to the venue, the core of why they put on the race and what participants can expect to leave with has remained unchanged. This year’s race is on Saturday, October 22nd.

Fortie commented about the race,

“We want to provide a unique situation where non-military can come onto an active military base and participate in an exciting, desolate, and very unique event.”

The race offers multiples distances; 5k, 10k, 20k, 30k, and a 50k ultra (pricing ranges from $25 – $50 for individual racers, that’s cheap!). There are also team events for many of the distances ($60 for a 4 person team, wow). The course is made up of about 90% single track, all built by hand, specifically for this race. Over the last three years the race committee has put in countless hours making certain that they are offering the best possible experience for participants. They work diligently to have the best swag bags around, often including; a camping pillow, water bottle, energy bars, mosquito repellent, and more. Post race festivities are also fantastic, with a make-your-own pizza bar, drinks, and music.

Racers can hope to see diverse wildlife, including coyote, antelope, wild mustangs, and the potential of rattlesnakes.

Unlike many trail races nowadays, the Dugway Trail & Ultra Run offers top 3 place finisher medals/trophies, along with age group medals in each race category. All winner trophies are handmade with a real skull and a geode dug up from the geode beds west of base. Each race starts at a different time and those races that have multiple laps all go through the start/finish area each lap, making for a lot of amazing support, regardless of which race you choose. 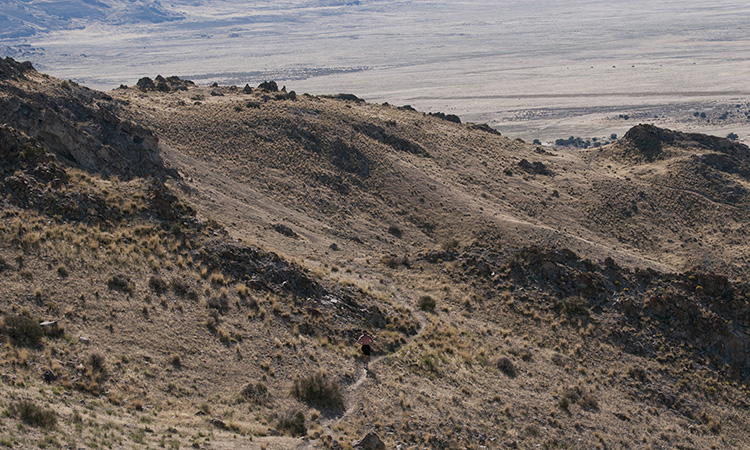 When I asked Fortie about what made this race special and why people should make the trip out he shared his feelings.

“Prior to starting this race there was only one trail in that area and it was used by wild mustangs. This area, 5 Mile Hill, represents one of the few areas where the public can go on base without actually being in danger. Dugway is a remote and not well-known military base. This race offers the non-military general public to see something they might not otherwise be able to see.”

First, do it on the Dugway Ultrasignup Page.

Second, you will be entering a secure military instillation. Background checks are required, whether done in advance or at the gate. While there is morning-of registration it is recommended that you do it early to make it through the gate quicker.

Third, if you set your GPS on your phone or car for Dugway Proving Grounds it will place your destination in the middle of the instillation, smack dab in the middle of the desert. Know for certain that it is only 85 minutes from Salt Lake City, even less from Utah Valley (Lehi or American Fork).

Finally, there is camping on base for only $8/night. It is dry camping, so there is no water available. There is also a motel on base, open to the public. Runners can stay for $69/night.

Visit the Dugway MWR page for more information. Come and join the fun, you won’t regret it.

Leave a comment about your running hero or the person who inspired you to become a runner. A random winner will be selected on Friday, October 14th for a free entrance to any of the distances offered at the race. 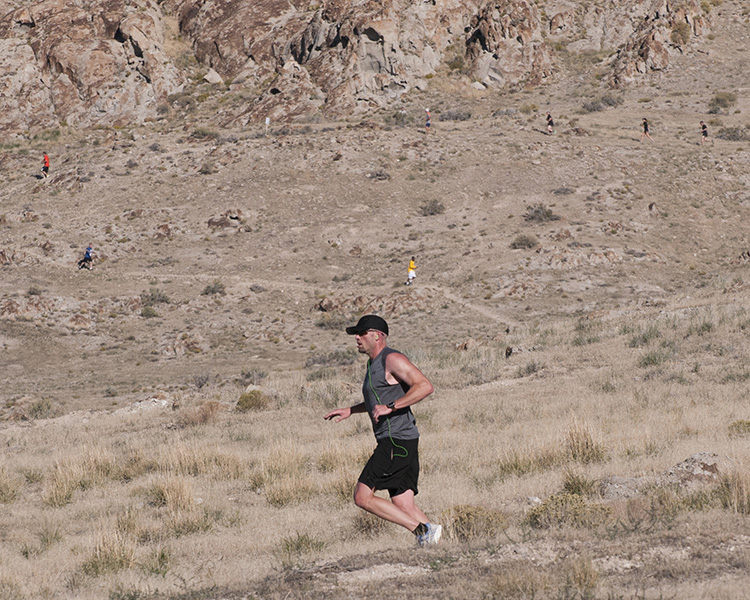