On Sunday, January 31, 2016, Stephen Jones of Wanship, UT and a member of the Wasatch Mountains Wranglers tragically died in an avalanche while back country skiing near The Canyons Resort in Park City, UT. Members of the local running group gathered together to share memories and comfort, all through social media outlets. On Wednesday, looking for companionship and a good way to memorialize their lost friend, roughly 30 members rallied to the Mount Olympus trailhead to reunite as a collective body to celebrate their friend. Following hugs and words of comfort the group began the 3.2 mile and 4000 ft vertical climb to the summit where they held a candlelight vigil using headlamps and flashlights. 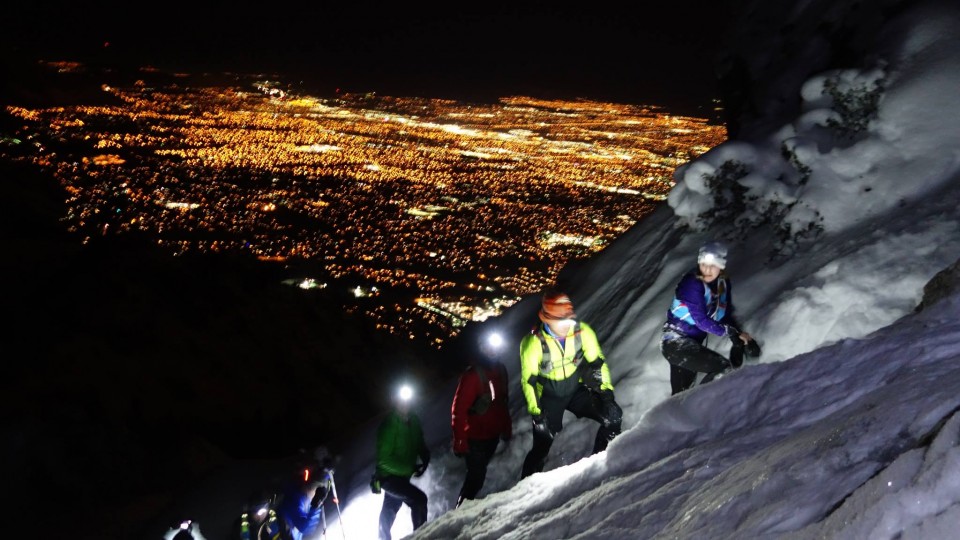 “We really lit up that mountain!”, Steve Ball recounts. Ball had gone up ahead of one of the larger groups and snapped several photos throughout the ascent and on the way down. On a cold, clear night (approximately 5 degrees F at the summit), 20 of the 30 members stood on the summit to celebrate an amazing man.

Jenna Bradford shared her thoughts on the trip, climbing Mt Olympus for her first time. “The trip up with so many good friends, culminating in the laughter and enjoyment at the summit was really the finest tribute I can imagine to someone who loved life and adventure so much.”

The trail, normally covered in rocks and roots during the dry months was packed snow several feet deep, making the descent tricky. Most gave up staying on their feet and slid as much of the trail as possible, making for a bobsled run all would never forget. Once at the bottom around 11:30 pm, quick goodbyes were said and with unspoken messages of love and support through hugs members made their way home to loved ones.

“While most of us and others will memorialize Stephen in our own ways – by running where he loved, in the Uintas on Highline trail, the San Rafael Swell, by running 200 miles, or maybe just by putting snow tires on our cars – this was a timely and memorable way to celebrate, mourn and honor a friend and inspirational character of our running community.” 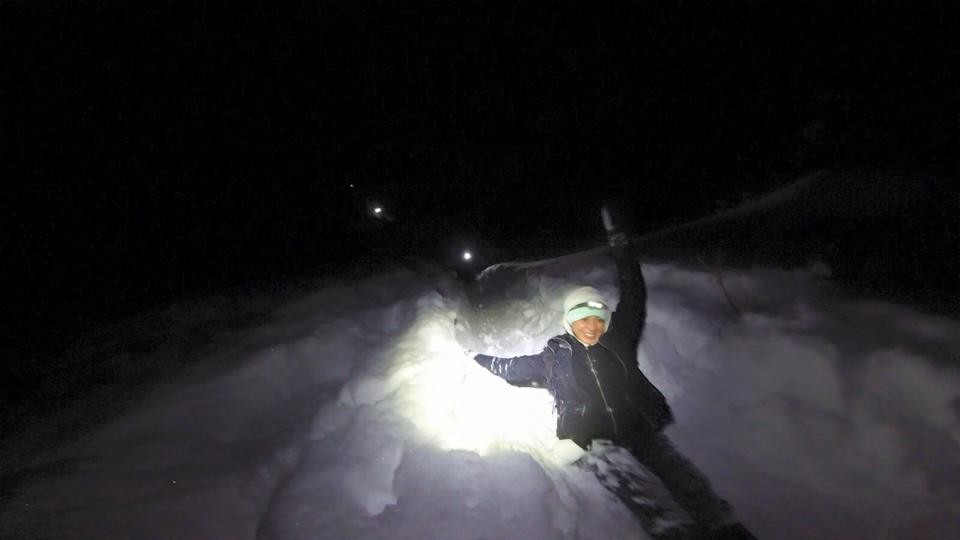 Nicole Caldwell slows to a stop after sledding the upper chute of Mt Olympus.

Stephen Jones was an icon in the local running community. Having completed three 200 mile ultra marathons, along with several 100 milers, he valued the connectivity that came with spending time alone in the mountains. He will be remembered by his friends and community members for his outspoken passion for ultra running and back country skiing, and most of all for the love he had for his wife and two children. May his family find comfort in knowing how much he was loved and that the community that honored him on Mt Olympus will continue to do so as they train, race and run their adventures in the mountains. 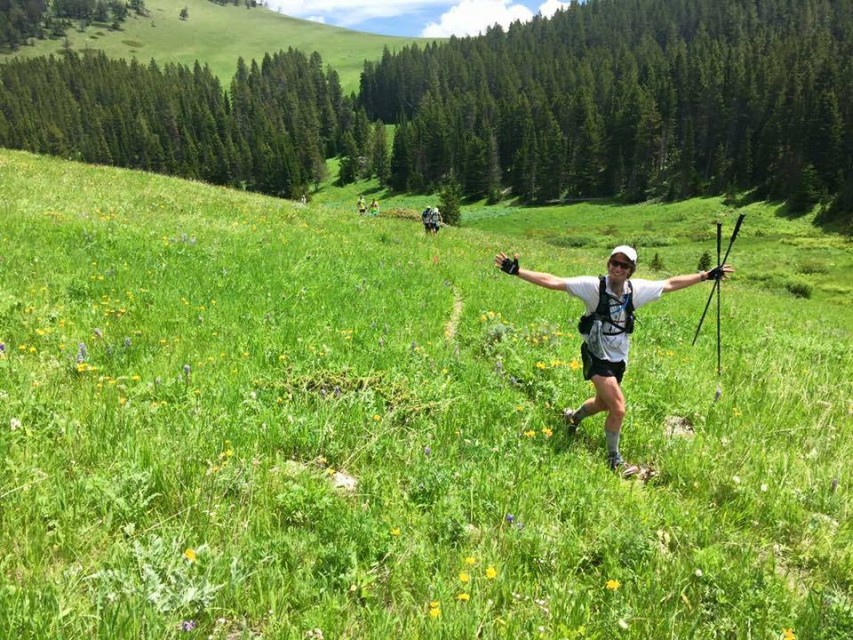