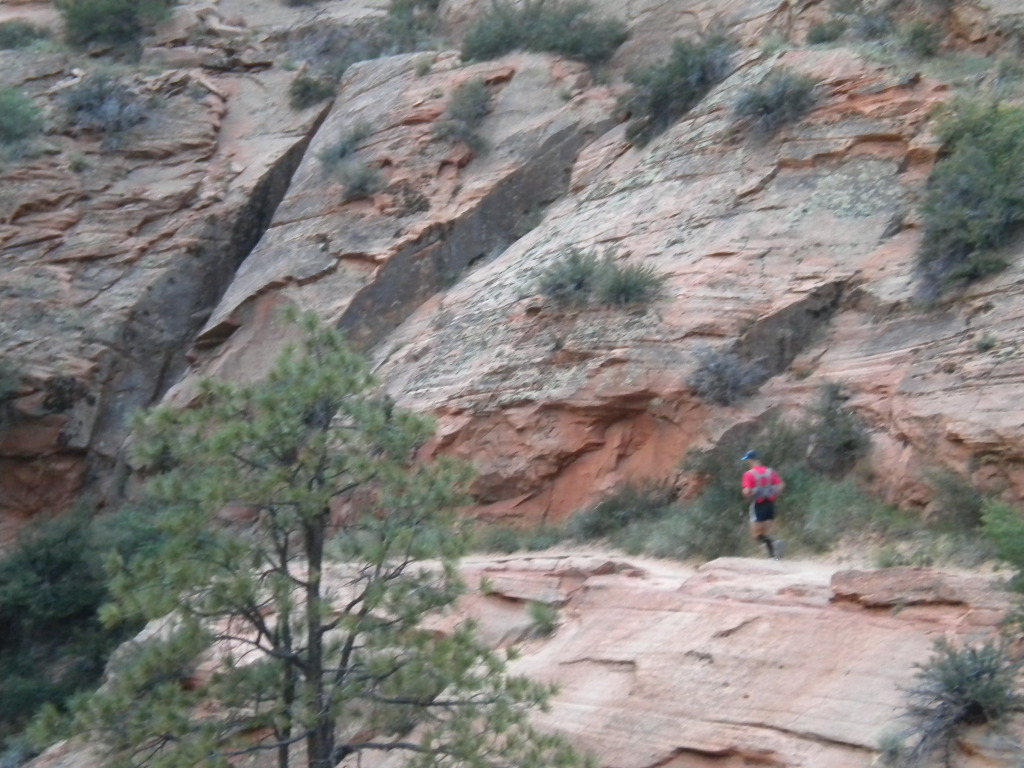 My story of running began as I completed a long day hike to the summit of Utah’s tallest mountain, King’s Peak, in September 2008. As we returned to the trailhead after 13+ hours of hiking we checked the trail register to see if there were others who were as cool as us and attempted to do in one day what took most backpackers three. We came across a half dozen or so other crazies who had completed the 26 or more mile trek to the summit and back, but one name stood out. Davy Crockett (yep, that’s his real name) had not only completed the feat, but he had included the other two tallest peaks in Utah, summiting all three of the highest in one day, car-to-car, in just over 14 hours. His outing had never been done before and in such a fast time. And he did it on his 50th birthday. The following Monday I internet stalked him until I found his blog and trip report and learned of this sport called ‘ultrarunning’. I quickly emailed him and the words in his prompt reply of “we should go running sometime” were the moment I became an ‘adventure runner’ (OK, a runner at all).

Now as a seasoned ultrarunner, I split my time outside of training between racing and doing adventure runs. For those unfamiliar with a true adventure run I’ll take a moment to define it. Adventure running is attempting – unsupported to marginally supported – ultra distances in remote locations. This style of ultrarunning invokes more risk, but often greater reward. It requires more planning, greater preparation, and an ability to think and act critically in the face of changing and challenging situations.

I love the additional challenge of taking my adventures to another level by attempting runs that have never been done before. I’m frequently searching maps and the internet for new trails in the backcountry to run, mountain peaks to link up, and rural dirt roads and historical locations to explore. It is on the heels of adventurers like Davy Crockett that have inspired my passions and given me the inspiration to push myself and the risk further. Even still, I find repeating routes often done by others in no way detracts from the wonder and awe of exploring the more remote and protected lands offered by leaving the road well-traveled.

It is during these adventures that I am able to connect with myself more and find myself truly becoming a part of my surroundings. Without getting physically lost, I lose myself in the mountains and deserts. I can relate experiences where my runs have become nothing less than spiritual and felt that in these moments I was intrinsic to the structure and function of nature itself. In those moments there is a sense of peace that I have experienced nowhere else. And it is those moments that make me a better runner, friend, father, and husband.

When I race I draw upon those moments to push me through difficult ‘lows’ I might be experiencing, allowing myself to reflect on the real reasons I run and compete on trails; not because of some level of validation I need to feel like I’m a good runner, but because no matter how the race turns out I had the pleasure of sharing those beautiful moments with other runners around me. Ultimately that is what makes our sport special. We share more than just the fun of running and competing with others, we live within the microcosm of nature in a way that only a small percentage of the world can. To this end my heart continually longs for wild places and I hope to find myself lost in its beauty once again. 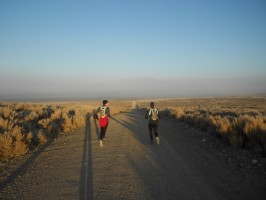 4 Responses to Loving Nowhere – The Joys of Adventure Running