This past week Andrew Hamilton not only set a new Fastest Known Time (FKT) for the Nolan’s 14 route, but did so fully unsupported and solo.

A year ago Hamilton completed the route in just over the 60 hour time limit, then also unsupported. Determined to try again he set out this time, better trained and more knowledgeable of the route. Like his first attempt, this successful outing would be completed solo and unsupported. The previous record of 54 hrs 57 min was set by John Robinson in 2002 and has stood for more than 13 years. Hamilton’s recent completion smashed the record by more than an hour, finishing with a trailhead to trailhead time of 53 hrs 39 min.

The Nolan’s 14 is a link-up of 14 14,000 ft mountains in the Colorado range. Much of the travel is off-trail and requires a great deal of navigation. Hamilton, who may know the route better than anyone, chose subtle variations from previous parties while descending a few of the mountains, likely shaving off precious minutes throughout the route. Hamilton has set the bar extremely high for future attempts as both records (supported and unsupported) are now the same.

It has been a big year for Hamilton. On July 9th he also set the new Fastest Known Time for summitting ALL of Colorado’s 14,000 ft peaks, beating the 15 year old record by nearly a full day, in a time of 9 days 21 hours 51 minutes. It’s official, Hamilton is hands-down the King of the Colorado 14ers. 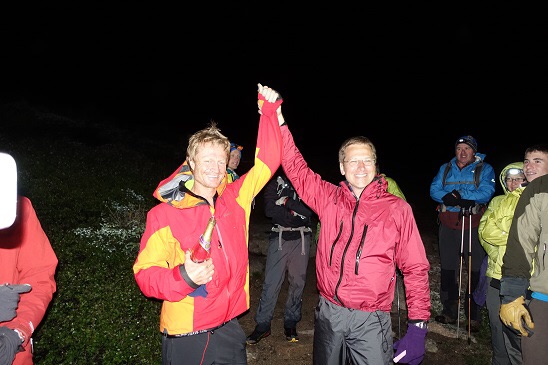