New WURL FKT – Two Women Throw Down in the Wasatch

If the name sounds intimidating, it should. The WURL is the brainchild of Jared Campbell, two-time winner of the Barkley Marathons and 2010 winner of the Hardrock 100. It is the culmination of several years of effort – linking approximately 20 peaks along two ridgelines that form a horseshoe around Little Cottonwood Canyon in the Wasatch Mountains of northern Utah. The route itself is only 32 miles long, a simple 50k for most ultra-runners. However, it includes 3rd, 4th and 5th class scrambling and more than 20,000 vertical feet of gain in 25 of those 32 miles. Few have ever completed it – approximately around 10 people – with most completing it in excess of 24 hours. 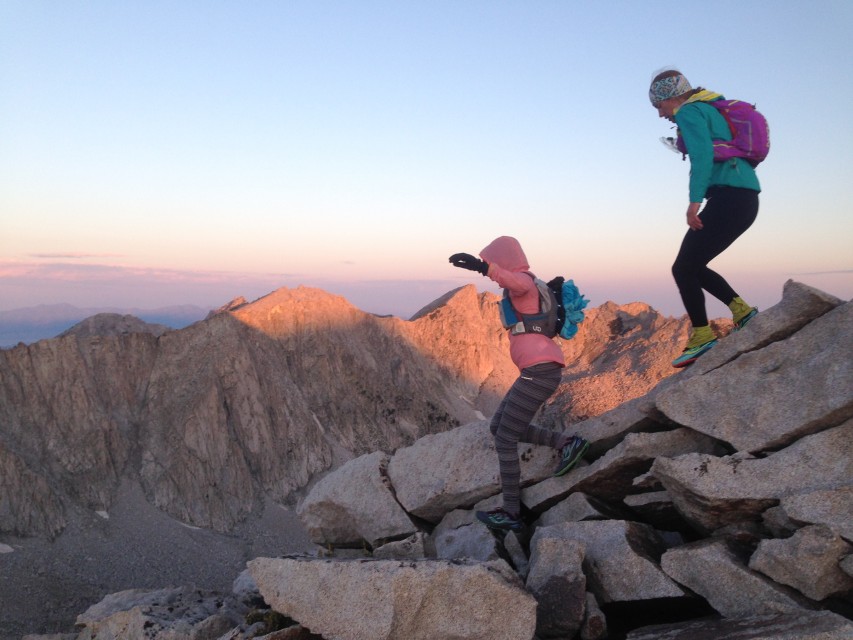 2015 saw the first female completion of the route by Jennilyn Eaton; who, along with Matt Van Horn, finished the full route in 38 hrs 52 min. Others, all men, also went on to finish the WURL this summer. Until Alexis Crellin, of Park City, UT and and Stacey Pearson, of Salt Lake City, that is. On August 9, 2014 both women finished the link-up in 26 hrs 25 min. When asked about the accomplishment they both responded affirmatively,

“It was the longest and coolest thing I have ever done”, said Pearson.

“I feel very happy with our experience on the WURL, we had a few hiccups that cost us some time, but nothing more. It was literally something that had been haunting me since the day I decided I wanted to do it, and in a very real way, I feel like I can now move on”, recalls Crellin.

Accomplishing something as difficult and technical as the WURL requires skills and practice that go well beyond the regular training requirements for an ultra-marathon. Both women have extensive backgrounds in rock climbing and alpine ascents. When asked about how they trained for this endeavor, Crellin responded,

“Honestly, the key for us was using those few weeks before the attempt to try out as many sections of the WURL as possible. It is technical terrain and I think we were best prepared by having done about 80% of it beforehand. We both have a lot of climbing experience, as well, which I think helped with the terrain and exposure.” 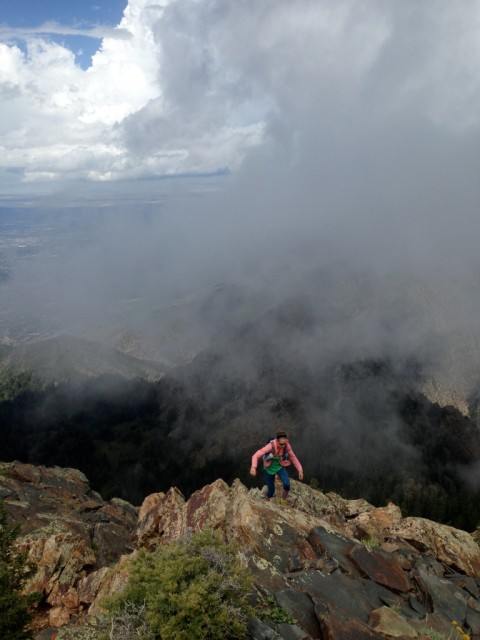 Ultimately, the entire process; the scouting trips, the logistics, and the dedication to pull it off come down to the value that the runners associated to the route and the aesthetic purity of the line itself. The Wasatch mountains are dear to the hearts of all the local runners and adventurers in the area and to those who have spent time there. This line represents the best that the Wasatch has to offer and it requires a special set of abilities to complete it.

“As an ultra runner 32 miles isn’t that long of a distance, but when you add in 20,000 ft of climbing on terrain that is mostly class 3-5 scrambling/climbing, you have quite a task in front of you. Also, it was enticing to me that it had been completed by relatively few people, especially women. I knew that it would an equally strong mental challenge as a physical one. There was really no time on this adventure where you can tune out and just pound out miles. you had to be focused and on your game at almost all times, and not doing so could lead to serious injury or worse”, recounts Crellin.

Pearson shares a similar view on the inspiration behind the achievement.

“The WURL inspired me because it combines those two passions of mine; running and rock climbing. Much of the ridge is 3rd and 4th class, with the occasional 5th class section. I think Alexis and I were able to move fast because both of us are experienced climbers and runners. Plus the Wasatch is absolutely gorgeous! How could one NOT be inspired?”

While the line may gain greater popularity over the coming years, the challenge to complete it will remain. It is likely that it will see only a few additional finishes in that time, a testament to Jared Campbell and his persistence to produce incredible adventures.

Note: the author attempted the WURL in 2014, without success. He can attest to the difficulty and beauty of the line. 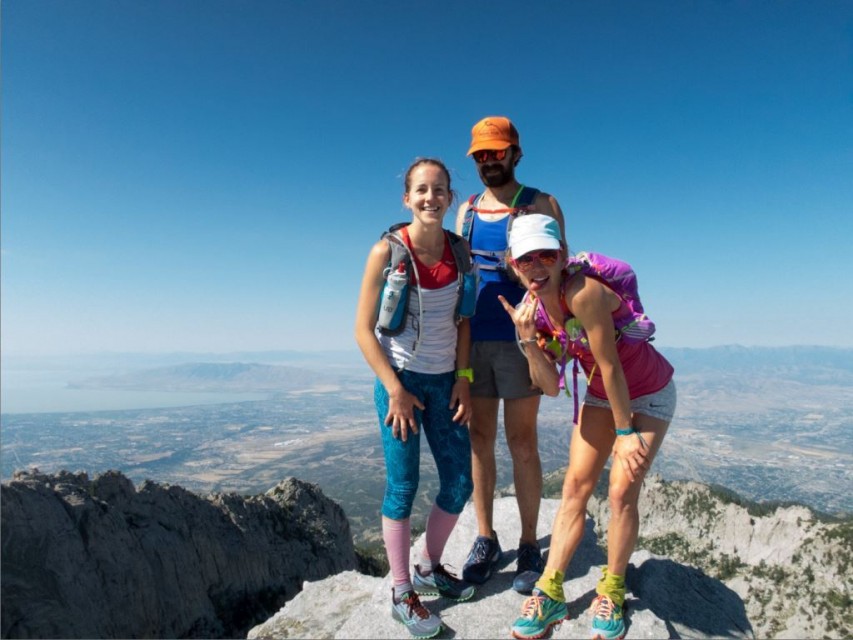 The top of Lone Peak, the final mountain along the WURL