Common Questions to my Ultra Running 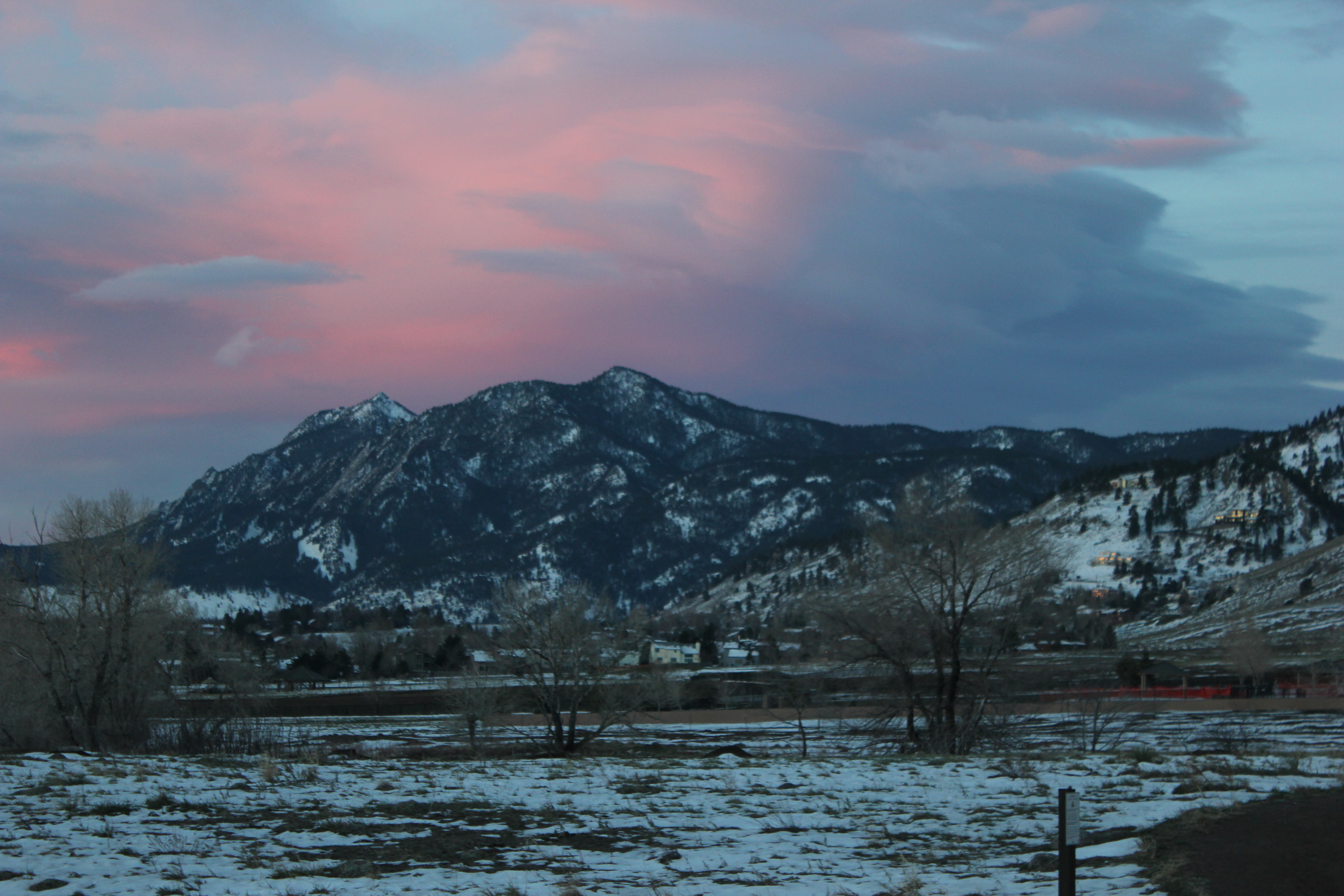 The views and opinions expressed in this article are those of Sherpa John and do not necessarily reflect the official opinions or positions of any other individual(s) associated with TrailandUltraRunning.com or employees thereof. The information provided by Sherpa John is provided “As Is” and is devoid of warranties and guarantees. In reading this article, you accept that your own thoughts, beliefs and opinions may be challenged, questioned or dismissed; and the opinions expressed here may not actually be the opinion of Sherpa John himself, but a mere feeble attempt to inspire you to question your own opinions and positions; and offers a deeper insight into our Trail and Ultra Culture. Thus, an open mind is greatly appreciated and a terrible thing to waste.

There have been many studies that look closely at what draws us to trail and ultra running in the first place. The question one is often asked is, “why.” We typically come up with a plethora of answers that satisfies our questionnaires need for information, and also our limited need to answer them. We don’t usually dig too deep. Instead, we provide a simple and superficial answer that merely answers the question on the surface. Let’s face it though, there really is a science behind it all. A science that is an intricate dance between brain chemicals and Maslow’s Hierarchy of Needs (aka. Psychology). It’s more than just.. “To see if I can”, “Because I can”, “For those who can’t”, “It’s Fun”, long drawn out explanations of the community we belong to or something as simple as “It’s changed my life.” It goes deeper than all of this and with it, eventually comes “potential problems.”

As endurance athletes and trail junkies, we are just that… junkies. We’re addicted to adrenaline and a whole host of other brain related chemicals. During the run, our brains release chemicals such as Endorphins, Serotonin and Brain Derived Neurotrophic Factor. It’s easy to become addicted to these chemicals, just ask your local junky who is addicted to these same brain released chemicals that they’ve inhibited through the use of recreational drugs such as meth and LCD. The only difference between the chemicals runners acquire vs. the chemicals junkies acquire, is how they’re acquired. The ones runners acquire are naturally produced in the brain. The ones junkies acquire, are chemically altered in drugs that they’ve paid quite a pretty penny to slurp into their system.

Take another step back and look at who the people in our community are. We’re all addicts. People always ask us, “What are you running from?” We’re quick to jump to our own personal defense by saying “nothing.” The reality is, many of us are. Many of the runners in our community are replacing a bad addiction or habit, with a better addiction. That addiction is running. All of us know someone who at one time had an eating disorder. Now they’re a runner. Or someone who was a drug addict, and now they’re a runner. Or Someone who suffers from depression, bi-polar or some other manic disorder, now running helps them cope. I’m not sure a single one of us is running just for the hell of it. Our personalities and needs are what require us to take on the challenges we decide to face.

So let me cut to the chase. We’re all addicted to adrenaline. How do we acquire adrenaline? By taking risks. For ultra-runners, maybe our first risk was a marathon. We trained for it, we ran it, we finished it.. and we experienced the adrenaline flow through all of it. When we were done, we ran a few more before discovering that we just weren’t getting the same rush of adrenaline as we had before. It was starting to become common, or “no big deal.” “Just another marathon.” So.. we have to up our level of risk and we took on an ultra. The same cycle continues from 50K to 100 Miles. We’re only increasing our levels of risk in order to pacify our requirements for adrenaline.

After awhile, it’s no longer the adrenaline that we’re addicted to. We become addicted to the risk itself. Follow me?

This addiction to risk is not always a good thing. Because of our need for adrenaline, we take bigger and bigger risks, or place ourselves in riskier and riskier situations to satisfy our hunger for the thrill. Over time, our addictions put us in situations where “normal” adventurers might choose to stay on the outside. I want to provide everyone with a really good example of what I’m talking about. Before I do, I want to clarify for the purposes of this article that I’m not just blowing smoke out of my own backside. As someone with a Bachelors in Outdoor Education; as someone who continually studies risk and risk management; as someone who is a certified Wilderness First Responder; and as someone who regularly studies and dissects accidents in North American Mountaineering for the purposes of Peer-reviewed journals, I take this subject very seriously.

Over the last few months (years?), our community has continued to watch in sheer amazement of our “icons,” Killian Jornet and Anton Krupicka. We idolize them and place them on these very high imaginary pedestals. We wear the clothes they wear, run in the shoes they run in, follow their every move on social media. Every time they complete a new journey, we “ooo” and “ahh” at them. They become the topics of our running conversations, “Did you see what Killian did? Did you hear what Anton is doing now?” And every now and again, we tack on, “That sounds like fun, I’d love to try that as well.” I’m not one of those people. I look at these two men and the risks they take and am unabashedly unimpressed.

There is no question that Killian is a very talented runner. No one can argue that. What he does is often times beyond human comprehension. However, there is also very little doubt that the amount of risk Killian takes is increasing with each newly planned adventure. Addicted to adrenaline, Killian needs to take on bigger, better, badder and bolder adventures to get his fix. Increasing his level of risk comes with it’s own set of drawbacks. Most notably, the very real risk of serious injury or even death. Example? June 2012, while climbing on Mont Blanc with Stephane Brosse, a snow ledge gave way and Brosse was killed from a 700 meter fall. Killian was, and likely still is, devastated. So much so that he withdrew from the 2012 Western States 100. Yet, to this day, Killian continues to take on risky adventures and increase the level of risk in which he is willing to take.

There is also no question that Anton is a very talented runner. No one can argue this either, and what he does is also often times beyond human comprehension. Anton continues to increase his level of risk as well. This past Fall, Anton completed what he called a Flatiron Double Quinfecta. He scaled all four of Boulders Iconic 50-55 degree slabs of rock in one day. Anton himself, admits to not being a proper climber. Then calls these towers of rock “moderate” and “kicked-back.” He climbed these peaks in one day without a rope, with no protective gear and given his detailed report, with only a minimal amount of respect for the exposed climbs they are. On most days in Boulder, those who watch rope-less climbers take on the Flatirons as thus, make accurate comments in regards to their lunacy and lack of risk management. Sure, he accomplished his goal, but not without risking his own life, or the lives of those who may set out to rescue him.

A few weekends ago, while driving to Kansas for the Rockin’ K 50-Miler, Anton came up in conversation. We talked about this very issue to which I expressed to my running brethren that, “It’s only a matter of time before Anton eat’s shit out there.” Not but a few days after making this remark, Anton reports on the Ultimate Direction blog how he narrowly survived an avalanche on Long’s Peak. He uses descriptors like “only waist-deep in snow” and complaints of a tweak in his previously injured right knee. In his quest to summit Long’s Peak 52 times in 2013, he almost bit it just 4 months in to his project. He brushed it off as a “near-miss” and I’m sure will continue to make risky decisions in the future.

Aaron Ralston became a hero to many after sawing his arm off with a dull pocket knife in Utah’s Canyon Lands. We say things like, “I could never” or “can you imagine” and then glorify the situation. We buy the books, see the movie, and continue to be amazed at the strength of such risk takers. But I ask… when are we going to take a really good look at the risks they take to satisfy their addiction to adrenaline and say.. “that’s dumb!”

These same unnecessary risks, nonchalant attitudes towards normally dangerous undertakings, are merely the adventurers way to being famous forever. For all the wrong reasons. I’d like to see a movie where Killian and Anton talk about how they make safe decisions in the outdoors as a way to promote safety, common sense and good judgement. They could also promote outdoor education and classes which promote risk management. Instead, it’ll be the likes of those on rescue teams who risk their lives to retrieve them, that make an example out them. It’s only a matter of time..

Killian and Anton have created such a huge following and fan base, that it’s almost as if they need to continue to take these risks as a way to pacify the needs of their readers. Are they addicted to the adrenaline? The risk? Or the fame? Either way, the risks’ they take is never worth the eventual deadly outcome.

Be safe out there.. Ask yourselves, is it worth the risk?