Stuff Your Turkey – Not Your Face 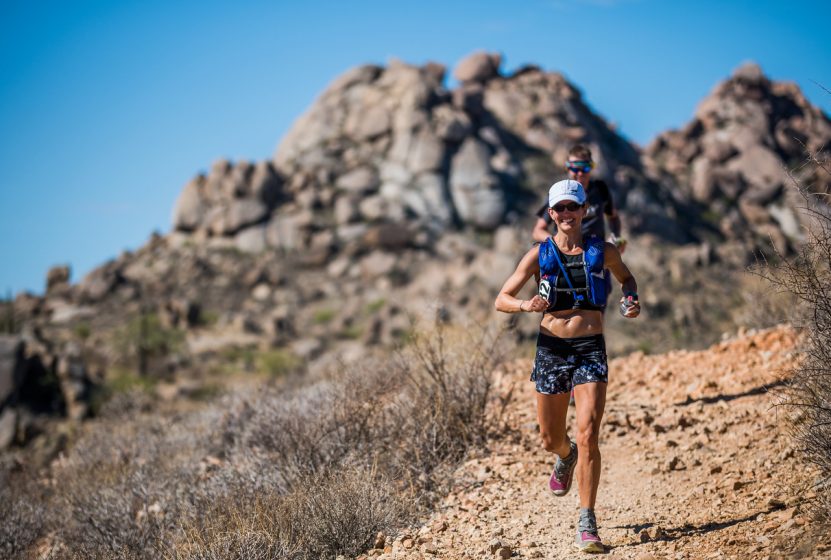 Anything can happen in 100 miles.

No matter how hard you train, or how determined you are, you become a slave to what the day will give you. For Dana Anderson, she had some lofty goals for the Javalina 100, her first ever attempt at 100 miles. “I should be able to finish under 24 hours…I can do that,” Dana explained afterwards. Well, not only did she finish in under 24 hours in extremely grueling heat, she took hold of what the day gave her and finished first female with a time of 21:03:13.

Dana didn’t know she wanted to run 100 miles. She hadn’t followed the usual plan – preparing for years, anticipating that moment, crossing the finish line. Dana was a road runner, and an excellent one at that. She ran her first Ultra in October of 2014, a 50K in the foothills of the Wasatch Mountains of Utah after connecting with other trail runners through an ambassadorship with Altra. She ran two 50 mile races in 2015, and one in 2016, but continued to train for marathons, completing several half marathons as well as marathons: the Boston Marathon, Big Cottonwood Canyon Marathon (PR 3:07), and the St. George Marathon, all in 2016.

After running several ultra distances and spending more time on the trails, she found that those trails felt like home. Even while running her road races, she looked for opportunities to enjoy the beauty and camaraderie that she had felt on the trails. 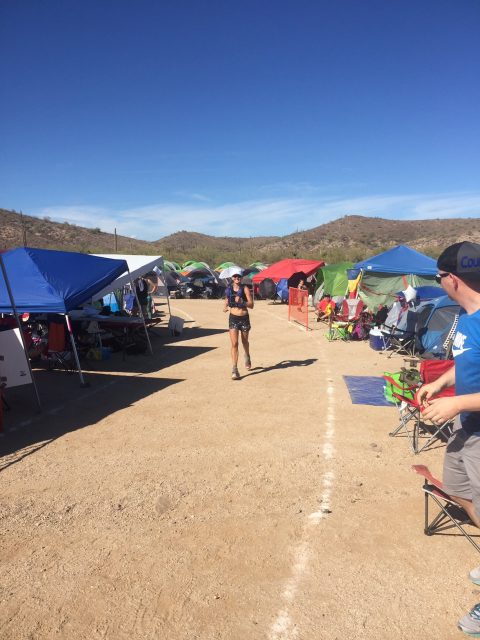 This love of the trails and a good support group gave her the courage to go for the longer distances. Anderson had talked to her “trail people” about the prospect of running 100 miles and wanted to come up with a plan to present her husband before she took the plunge and entered a 100-mile race. In July of this year, she signed up for Javalina.

Dana Anderson has come to love the trails. There is no greater community in the world. And though she considers herself a trail runner, she still finds pleasure running on the roads. Anderson found that she could run to the top of a mountain and get the benefits of that without losing the pleasure of an 11 mile road loop near her home. By combining road and trail runs, you can maintain the quick turn over as well as improve technique on more difficult terrain. Anderson proved that training smart for trails didn’t mean she couldn’t touch the road. 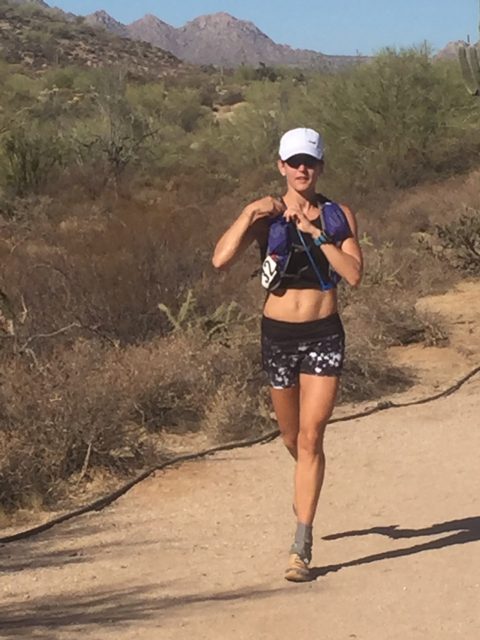 Dana’s mind and body were prepared for Javalina, though she had her share of concerns leading into the race – she blisters severely on the downhill to a point where the soles of her feet peal off, the heat was gearing to be a record high, and 100 miles is twice as far as she had ever run before. Despite the concerns, she ran strong, kept her body temp down, fueled properly, and by the third lap, Dana was a frontrunner. She knew if she kept pushing and stayed consistent, she would come out on top. By mile 80 Dana knew she was first female. She continued the push and finished in front.