Simon Donato is living the dream. He’s traveling the globe and competing in some of the most epic ultra-endurance races on the planet. His endeavors are captured on film and edited into the new television series titled, “Boundless“. In season 1, Simon and his training partner “Turbo” ran stage races in Iceland and the Sahara. They ran ultras and triathlons in Kenya and Cambodia as well as competed in a 32 mile stand-up paddleboard race in Hawaii. The video was shot on location as these events played-out. Just like other endurance athletes, Simon and Turbo experience the ups and downs of the events. Tired, injured, or sick…the experiences of these epic races are captured in high definition for the viewers at home. (It’s rather addicting television for an ultra athlete.)  This is not “reality tv”. This is just the life of an ultra-endurance athlete.

I had the opportunity to interview Simon in between races as they film season 2 of Boundless. From Austria, Simon spoke with me about his experiences thus far in filming Boundless. He was introspective in his lessons learned, and offered advice for best preparing for such a wide range of events. I hope you enjoy our conversation. Below, you will also see the trailer for “Boundless”, currently available in Canada, with anticipated airing in the US beginning September 2013.

Jerry: Hello Simon! Thanks for taking time to talk with us. I was informed you are currently abroad filming the next season of Boundless. So, tell us a bit about where you are right now?

Simon: Hi Jerry, I’m presently en route to Austria where we will begin filming Season 2 of Boundless. We’re racing a monster 1-day mountain bike race in the Alps – should be epic! 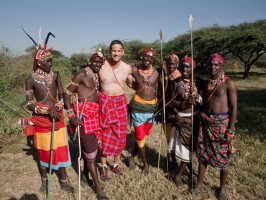 Simon in Kenya for the Maasai Ultra

Jerry: That’s awesome! I enjoyed watching the first season of the program. In Season 1 of Boundless, you and Turbo traveled the globe and competed in some of the most epic of ultra races. Among them, the “Fire and Ice” 250k ultra stage race in Iceland, the “Amazing Maasai Ultra” in Kenya, and the “Sahara Race”, a 250k stage race across the forbidding desert of North Africa. What are some of your fondest memories from these incredible adventures? We would love to hear about some of your most profound experiences throughout the journey.

Simon: Last year we really did get to tackle some dream races in exotic destinations, it was amazing. The funny thing was that my strongest memories were tied to my most intense emotions. After battling severe cold for days, the hot springs in Iceland were so incredible – it was like we’d died and gone to heaven. Kenya was a nightmare, though. The heat, altitude, and my knee injury all pushed me to the edge and I was incredibly close to quitting – but I’m so happy that I chose to continue. Crossing the finish line in the Kenya race was so rewarding after I had to watch my goals evaporate and literally walk 15 miles to the finish. Cambodia had its ups and downs, but seeing my friend Sophie nearly die from hyponatremia was certainly the most frightening and unnerving experience from the season. The most challenging race for me however, was the Sahara race. The final day was an 86 km stage and it took every ounce of energy that I had to make it through. From about 50 km onwards, the heat was so brutal that all I wanted to do was walk, so I had to continually convince myself to keep running. It was a serious mental battle that only became easier in the final 5 km, when I knew I would make it. My greatest memories are from the moments where I persevered through the greatest challenge. Ultimately finishing well was good, but it didn’t lead to the most profound experiences. 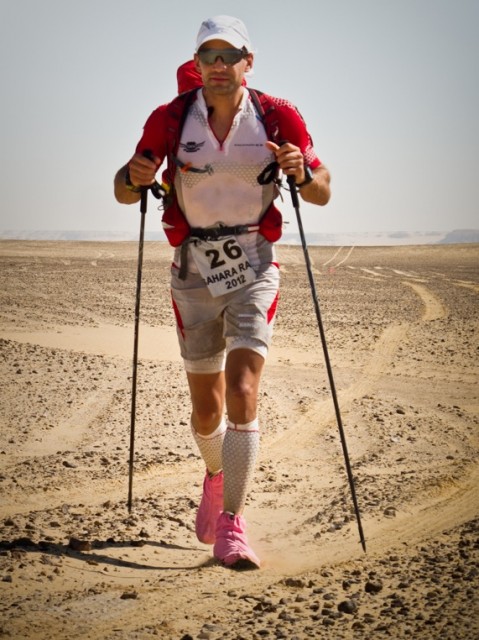 Jerry: The television program Boundless, puts you on stage as an ultra athlete.  These endurance races are also quite varied…from triathlon, to ultra, to paddle board, kayak, and mountain bike just to name a few. How do you train for these various types of endurance events with respect to their different physical demands for success? Is there a regiment that you rely on for your base aerobic fitness and a supplemental cross training methodology you would be willing to share with us?

Simon: Boundless was officially signed in May and our first race was late July. My regular training was very heavy on ultra distance running, but not much else last year, as I was actually gearing up for Leadville (which I had to abandon due to Boundless). I was busy trying to finish projects at work before embarking on Boundless so my training was in the 8-12 hour/week range. Once we started racing, we had very little time between races to train or learn new sport, which is why we struggled with the SUP race and kayak race. Our time off became a chance to recover, but from the end of September to the end of October we raced Kenya, South Africa, Utah, and Egypt – that’s a demanding schedule. I’ve prepared much better this year since I’m in control of my work schedule now as I run my oatmeal company Stoked Oats from home. My training consists of long runs, big mountain hikes, swimming, mountain biking, road riding, and stand up paddle boarding. When the weather is bad, I also hit the gym and do core workouts and use the ERG. I’ve pretty much dropped all high intensity workouts from my calendar, and replace them with base building, fat burning workouts where I closely monitor my heart rate. The theme of my training this year is variety, and skill building in my weaker areas.

Jerry: No matter the regiment, your schedule would be demanding. At the very core, I’d attribute ultra-endurance to mental toughness, which allows us to overcome anything.  In fact, ultra athletes are extremely unique when compared to the rest of modern society. What do you think makes us different than so many others?

Simon: I think that ultra endurance athletes are wired to achieve their nirvana through overcoming significant challenges. There is something appealing to us about getting out on a long trail, and running away from our busy lives for a few hours. Many ultra endurance athletes know that they can get their best thinking done, or have an uninterrupted chance for personal reflection while on the trails. In addition, the trails demand a high level of concentration, which is also appealing. Finally, any ultra runner will tell you that in long races, you go through many highs and lows. These experiences enrich the athlete, and let them better understand what they are capable of achieving. Most people never step out of their comfort zone to truly learn about themselves or their surroundings. Ultra endurance athletes relish this opportunity.

Jerry: So Simon, what can we expect from the next season of Boundless? Do you believe there is a potential for the television series to be broadcast in the United States at some point?

Simon: The good news is that the new Esquire network has picked up Boundless and will begin airing on Sept. 25th. As for Season 2, we’re going to tackle a wider variety of events, including a winter race, and compete in numerous one-day as opposed to week-long stage races. The one days bring a whole new level of intensity to the series.

Jerry: Lastly, will you reflect on your life experience and the lessons learned through these extremely demanding ultra races… What have you learned about yourself, life, and this magnificent world we live in?

Simon: These races strip away the regular trappings of life and pit us against ourselves, and the natural world. There are no modern conveniences to lean on as crutches, and every meter gained is earned through both physical and mental effort. I learned long ago ultra distance races give us an opportunity to test ourselves in a very primal way, and that we don’t have those opportunities in our lives very much anymore. Boundless reminded me that I don’t go out there to race other athletes, but to race myself. If I’m well trained and prepared, then maybe I can have a great day and do something special, but regardless of whether I’m first or last, the only metric I consider is whether or not I tried my best. If the answer is yes, it was a great race.

Jerry: Thanks again Simon. We sincerely appreciate you taking the time to share with us at Trail and Ultra. We wish you the best in your upcoming ultra adventures!  Run long and prosper!

*See below: The trailer for the “Boundless” TV series. 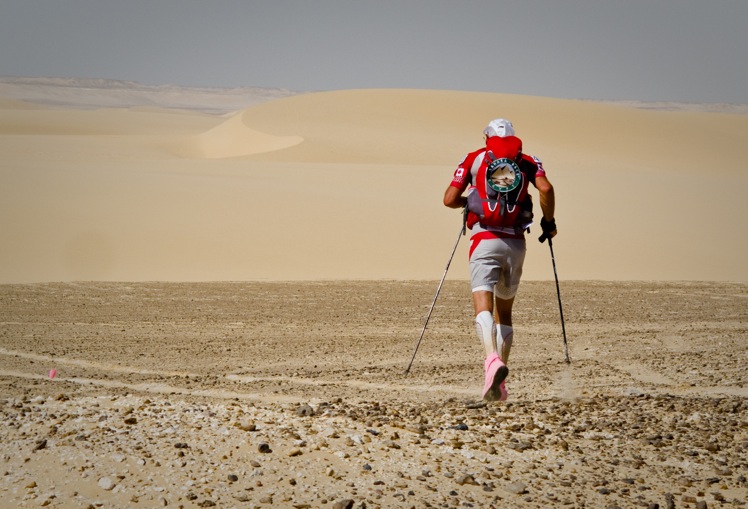 One Response to Boundless: Interview with Ultra-Endurance Athlete Simon Donato