The Barkley Marathons – Staring Down the Demons

Running 100 miles in full firefighter gear seems nearly impossible. That is just what Robbie Asbell did.

I was volunteering at the Elephant Head aid station for the Buffalo Run 100 on Antelope Island, right outside of Salt Lake City, when I first saw Robbie. I was blown away. Not only was he running the 100-mile race, he was running fully equipped with oxygen tank, firefighter pants and jacket, and an American flag. 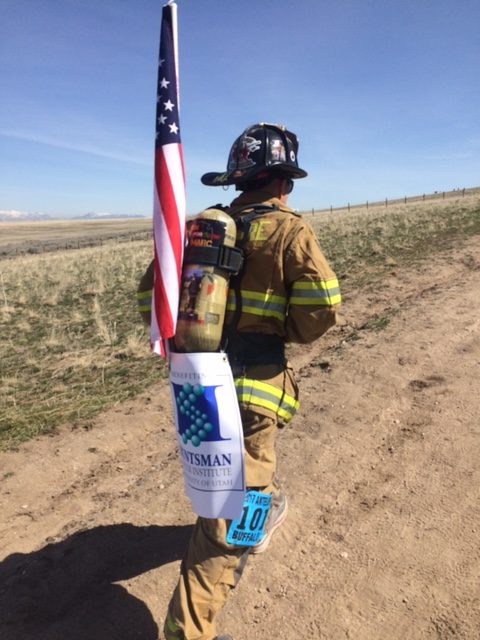 Robbie began running ultramarathons after being inspired by good friend and fellow firefighter Marc Sanderson, and is no novice to the ultra running community. Over the last ten years, Robbie has completed three 55k’s, fifteen 50 milers, two 100 k’s, and fourteen 100 mile races. On top of that, he has run 38 marathons. Marc has run over 300 marathon and ultramarathons including, Badwater, ten finishes at the Wasatch 100, and many more.

Three years ago Robbie began running full marathons in their firefighter gear with a group of friends and colleagues to honor fallen firefighters and police officers. He has run a total of 7 marathons in his gear. When his friend Marc, the same man who convinced him to run his first ultra marathon, was diagnosed with Non-Hodgkin’s lymphoma, Robbie knew that he would be running the Buffalo Run, in full gear, for Marc, and to raise cancer awareness for the high rate of career firefighters who are diagnosed with Cancer each year. In one study done by NIOSH, 68% of firefighter participants over a sixty year period were diagnosed with cancer. 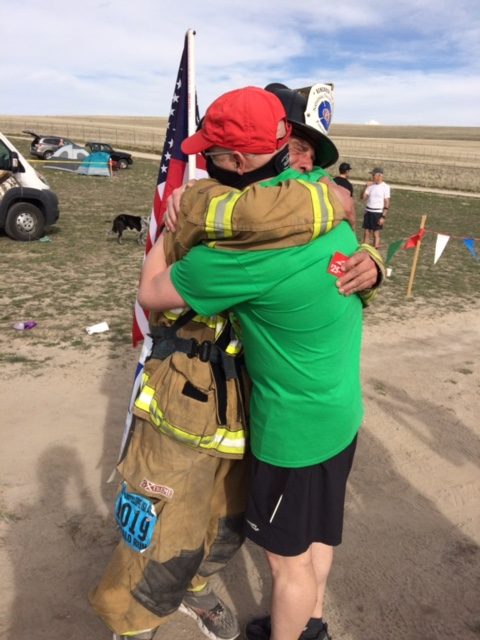 Robbie and Marc embrace at the finish of the 100 mile race.

Robbie knew the race was going to be a scorcher. “I kept telling myself to get comfortable being uncomfortable for100 miles,” Robbie explained. He was incredibly uncomfortable and emotions were running high. As he ran his thoughts often wandered to his best friend who had passed away from cancer 6 years ago. He thought of Marc who had spent the prior week up at the Huntsman Cancer Center doing another round of Chemotherapy.

“This will end up being one of the most memorable runs I will ever run,” Robbie explained, “It was super, super hard, but what an amazing experience along the journey!”

Marc was able to join Robbie for a 4-mile section of the race and the time he was able to spend with him was the highlight. Robbie was also joined by several other friends as well as his 13-year-old son, who ran 23 miles with his father. 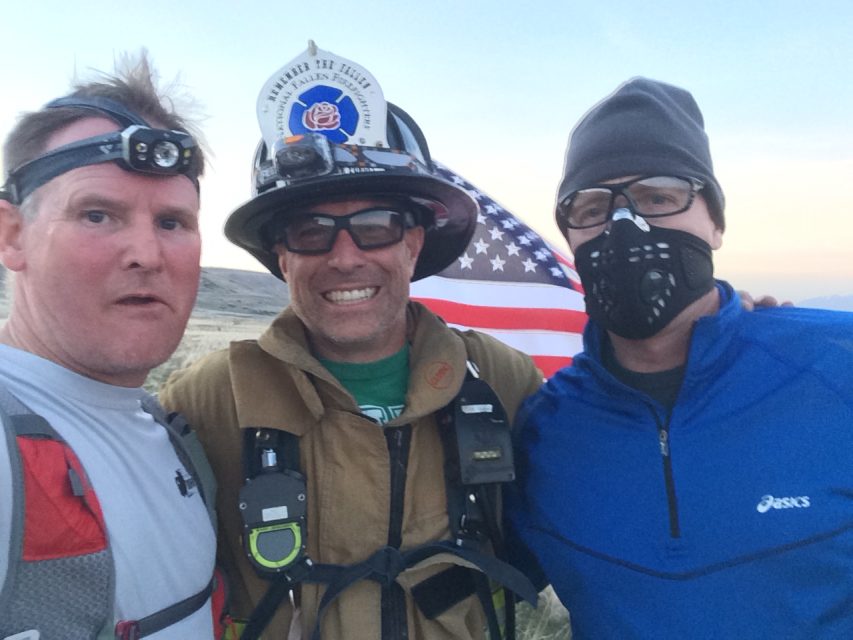 The additional discomfort from the sauna-like conditions inside of his gear and the 45 extra lbs that he carried were well worth the effort. “the temporary pain I endured on that race is nothing like the race that those with cancer will endure.”

Robbie has set up a donation page with the Huntsman Cancer Institute with a $3,000 goal. He has already raised over $900 but has a long way to go.

Robbie has also organized a group to run for Marc in the Utah Valley Marathon and hopes to have 30-40 individuals, in full gear, running the race. 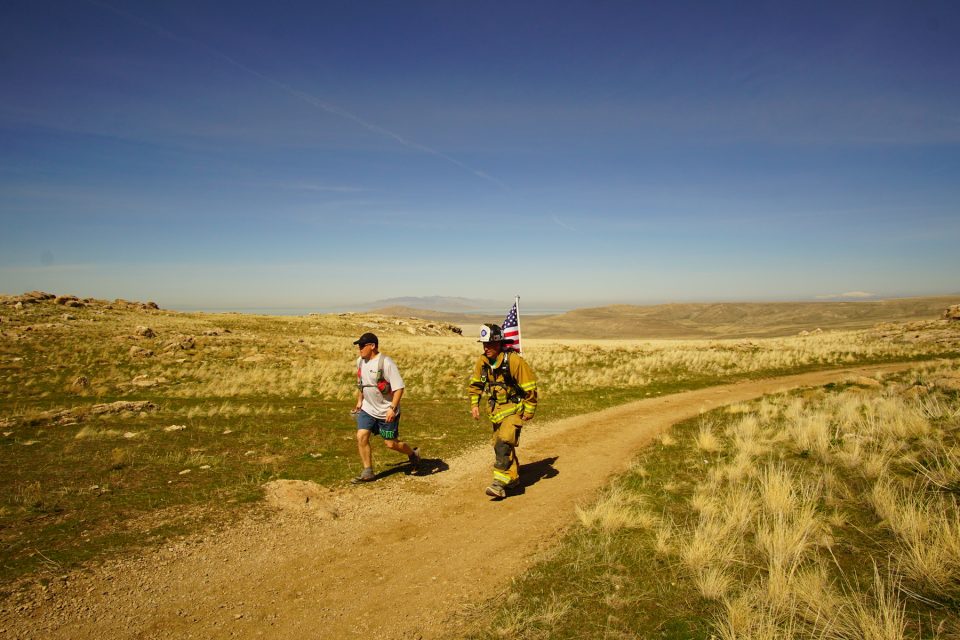