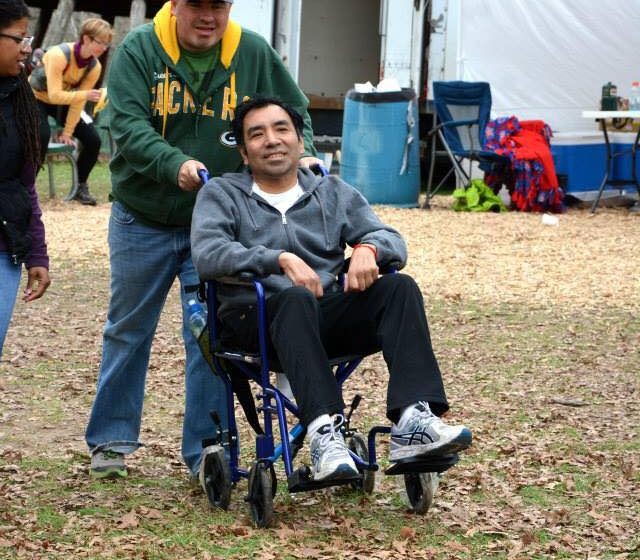 On November 25 — a date known to most of the world as “Black Friday,” Chicago resident, Scott Kummer was not standing in long lines hoping for a chance to score deals on gifts for the holidays.

And, unlike those who opted out of shopping for material items in favor of a good night’s rest, Kummer wasn’t sleeping much either, but getting ready to run what he and his friends called, “The World’s Longest Turkey Trot.”

And, again, not like many runners who lace up their shoes for a playful trot to earn the copious amounts of calories consumed, Kummer and nearly a dozen local runners headed out to run 100 miles from Milwaukee to Chicago in honor of their friend, Alfredo Pedro whom lost his life to ALS, just one year before.

Pedro was somewhat of a fixture in his local running community. And according to Kummer, it wasn’t just Pedro’s ability to run that made him special, but it was the way he could connect with others in ways that were meaningful that made him stand out above the rest.

This is what Kummer found when the two first connected in 2012.

Kummer, who had a history of alcohol abuse, turned to running as a way to help in his recovery. Soon, he found friends who were part of Team Paws Chicago, an organization that does charity running for dogs — another passion of his.

One day, Kummer had seen a post on the Team Paws Facebook page that named Pedro as a recipient of the Athlete of the Month award from the Chicago Area Runners Association, stating in the description that Pedro was also a recovering alcoholic.

“When I read about Pedro, I thought, that we had a lot in common, and that we should be friends,” he said. “So, I messaged him on Facebook, and he said, ‘Yes, I think we should be friends. Let’s get together and run soon.’ The next thing I knew, I ran into him while he was pacing a girl who was running Illinois, and we connected instantly.”

That meeting happened in 2012, and the two became great friends and running partners who would often sign up for races together. 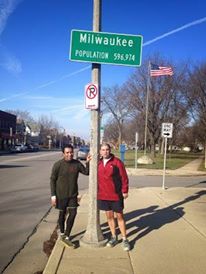 “Pedro was the guy who was famous for never reading the race descriptions,” Kummer said. “He would commit to things without really getting himself into, often signing up and showing up without ever looking up the information. He was the fly by the seat of his pants kind of guy, which was part of why people loved him so much.”

That was the case in 2013 when Pedro decided out of nowhere that he wanted to run 100 miles. Since it was later in the year, and there were no “official” races, he decided to do one himself, and invited Kummer and a few other friends to join him. The run ended up being 93 miles from Chicago to Milwaukee, satisfying his need to complete the ultra distance.

In 2014, Pedro continued to do what he had always done, by being active in his running community, and helping to contribute to causes that were dear to his heart. But, things started to change, and he started to get sick.

“He kept falling and hurting himself,” Kummer recalled. “Not only would he fall, but he wouldn’t catch himself when he did. Things continued to get more difficult for him, and nobody could tell him what was wrong. He was terrified. He didn’t totally understand what was going on. He finally checked himself into a hospital to find out what was wrong. While he was there, the doctors kept coming in and out talking about this man who used to run marathons. When I was there, I just yelled over to the doctor and said, ‘Look, he didn’t just run marathons. He and I ran to Milwaukee last year.’ 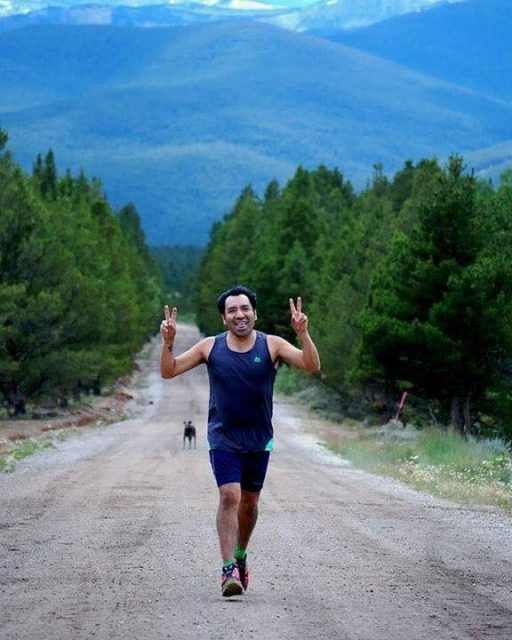 “The doctors didn’t get that he was this great athlete and now he was so, so screwed up. That was the spark that led them to figure out that he had ALS. When they did, they told him on the phone. He looked it up on the internet. He was devastated and confused. It was shocking.”

Even with his condition, Pedro’s friends continued to keep his spirits up by pushing him in strollers at races, and even still ran the Turkey Trot that November without him, all while carrying him in their thoughts and prayers.

The following month, in Dec 2014, Pedro was diagnosed in with ALS, also known as Lou Gehrig’s Disease. And after a courageous fight, he lost his battle on Nov. 8, 2015.

Running for a cause

With the memory of him still fresh in their minds, having just lost their friend a few weeks before, Kummer and many of Pedro’s friends ran the distance from Milwaukee to Chicago, often having people ask them why.

“Each time we’ve done this run, we’ve found ourselves resting at a gas station in the middle of nowhere at 2 a.m., telling people what we’re doing because they’re always asking why,” Kummer said. “We never really had a why until Pedro died — It was just this stupid thing we did.”

This year, however, Kummer decided that he would take the annual event to raise money for ALS, and so far has raised over $5,000.

And while Kummer is happy that this event can now serve a purpose that both pays tribute to Pedro, as well as helps others suffering from the disease, he says he still just misses his friend.

“I know there are a lot people in my running community who are empowered by his memory and to do things in his honor. It gives them power. It gives them energy. … When I think about him, I get sad, I want to stop running, and I want to quit — because that was the thing he and I did together. I think the day will come when I feel that way, but for now, I just miss him.”

Even so, the “World’s Longest Turkey Trot” that it has now been coined, has been able to raise over $5,000 so far, with all funds going toward ALS.

“When I met Alfredo on the road, if you would have told me that he’d die, and I’d be raising thousands of dollars in his honor, I would have never foreseen that,”Kummer said. “It’s strange where your life takes you. He changed my life for the better. All the people that I have met and all the changes in my life have happened as a result of having met him.”

If you would like to donate to ALS in memory of Alfredo Pedro, a fund has been set up, that will be active until Dec. 31 of this year. 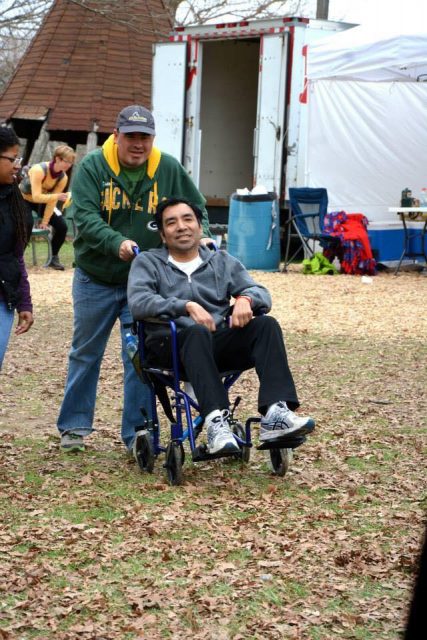 » Community, Featured, High five to the regular guy, inspiration, Runner Spotlight » Running community raises funds for one of its own who lost his life to ALS