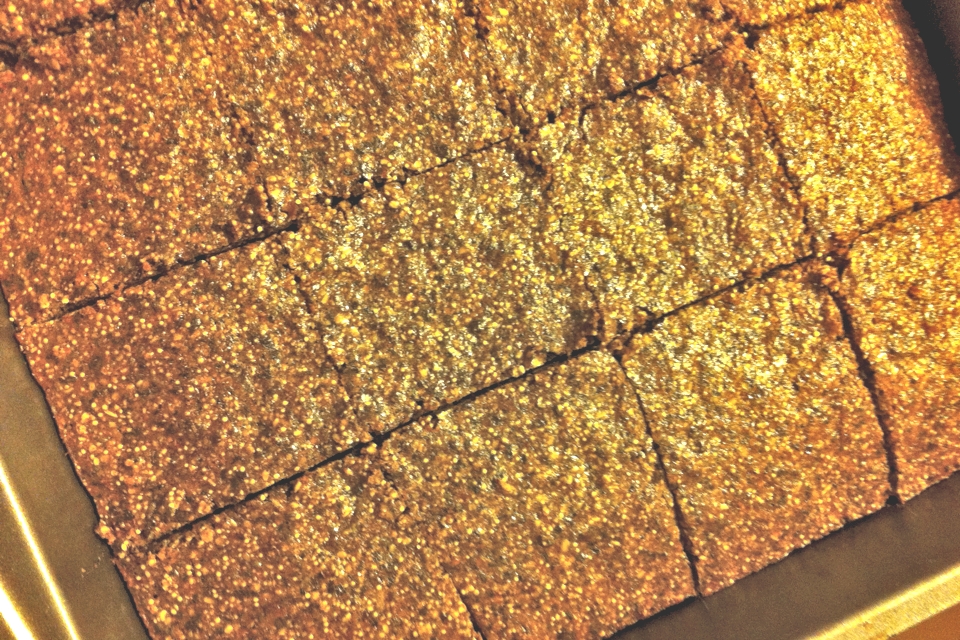 The recipe below was graciously provided by Alex Bridgeforth, a 2nd Lieutenant in the United States Army.  Thank you Alex for allowing us to repost this on our site.  Lieutenant Bridgeforth’s information is provided at the bottom of the post.

When I began running, I wanted to create a healthy homemade fuel; something I could share with everyone.  I decided to create something using one of my favorite ingredients, Pinole.  Even with research and initial recipes, it took time, and multiple tries, to perfect the entire process.  In the end, I succeeded in creating an energizing, healthy fuel.

Some background: I originally heard about Pinole and Chia Seeds while reading the book “Born to Run” by Christopher McDougall.  He tells of the Taraumara Indians who run for hours and hundreds of miles in the Copper Canyons of Mexico using Pinole like we use gels.  My mind was asking, “If it’s that healthy and energizing for them, then why not try it for myself?”

When I originally sourced recipes and ingredients, I was concerned that the large amounts of expresso might make the bars too bitter.   Turns out that that coarse grind of the expresso, combined with the chocolate, worked well and final recipe was given the thumbs up by all who tried them.   There’s about 100mg of caffeine per bar according to my calculations.  I’ve  found that half a bar before a workout, or run, gives me the perfect jumpstart.

Although, a tad more crumbly than I would like, others have not commented on that aspect.

I hope you enjoy.

Procedure:
1. Mix the dry ingredients; toasted cornmeal & Amaranth, chia seeds, brown sugar, protein powder, Espresso Beans and cinnamon.
2. Add the eggs, sweetener, and almond butter.  You will have a coarse pasty substance.   I find it best to mix by hand.
3. Place the mixture into a 12″ x 12″ greased pan. You can use either Pam or butter. Spread the Pinole evenly and place in the oven at 315 degrees for 20 minutes.
4. Let it sit for about ten minutes then place in the freezer for ten minutes.  The freezer helps the Pinole stick together before I cut it into squares.

Give it a try and let me know how it works out.   Would also love to hear your own variations on this recipe.

My blog is “Addicted to Running” @ runningaddiction.tumblr.com

I post interviews, shoe/fuel/gear reviews and about my training.

[author]Alex Bridgeforth is a 2nd Lieutenant in the United States Army.   He’s ran 3 Full Marathons and is an aspiring 50 and 100M racer.

He loves to Run, Ride, and do Crossfit at the local gym.  He is addicted to running and has created  Addicted to Running, a running blog.