How to Set Yourself Up For an Upset Stomach...

“There are never enough Fall 50k races” – one of the most common comments we hear at TAUR. And not just 50Ks, but Fall trail races (that aren’t 100s) in general.

Turd’l Miller, lover of ultras and beer miler extraordinaire, has developed an entire race series around the up and coming trail runner. All located in the foothills around St George, Utah, the Turdltrek races begin early in the year and run frequently, building in distance in hopes that the newbie trail runner will be ready for their first ultra at the Fall Capstone event, held in November.

Miller, an experienced ultra runner and race coordinator, says, “my philosophy is to create a race series that encourages people to try something new, even if they have never run before.”

Miller has even developed a “couch to 5k” program for brand new runners or runners who are trying to transition from shorter distances on the road to the trails. He also offers weekly group runs for people to get comfortable on trails, without the fear of having to worry about friends who might be faster than they. All are welcome and Miller provides an environment of acceptance and fun.

The Fall Turdltrek Capstone, held on November 12th, will offer multiple distances, from 5k to 50k (prices range from $35 – $80, but only for a few more days and then the cost goes up). Raceday starts at 8:30 with a pancake breakfast (seriously, who wouldn’t want to start their race with a filling meal), followed by a kids run at 10am and the remaining races at high noon, perfect for a crisp Fall day. The trails wind through the Bloomington Hills (aka Red Bluff) near Saint George, Utah. Longer distances (beyond 10k) will run on a loop course, alternating directions each loop, allowing them to see other races along the way. 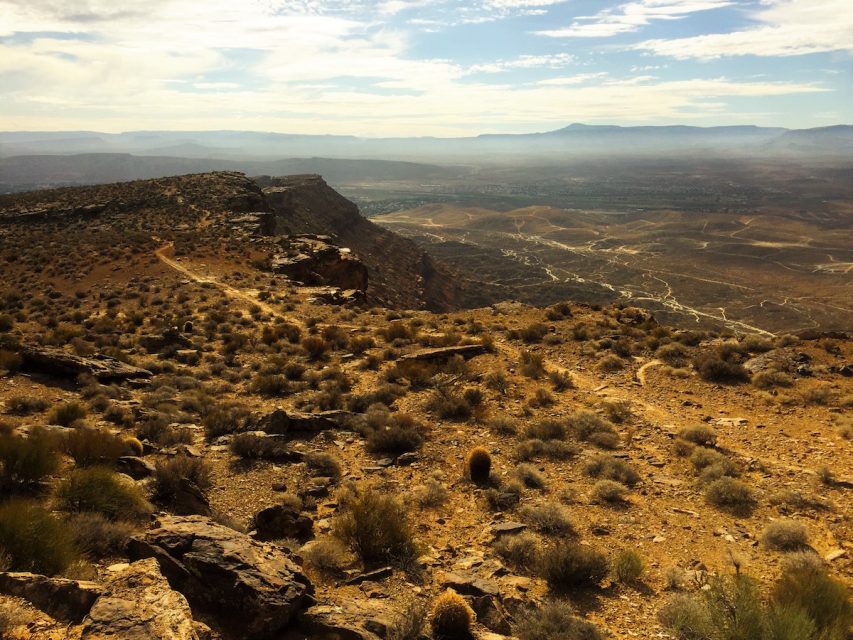 “The Big Cairn at the top is the best place in Southern Utah to sit and watch the sunrise over the desert”, says Kameron Kershaw, a Saint George ex-pat now living in Montana.

Rumor has it that Miller throws a hell-of-a party following the 50k finish, welcoming everyone back from a day of hard effort. With everything we’ve learned about the race and what we know of Turd’l himself, we highly recommend this race next month.

For a chance to win a free entrance into next month’s race, simply like the Turdltrek Race Series on Facebook and leave a Comment at the bottom of this article about why you should be chosen. One winner will be selected and contacted on November 1st!

To register, go to the Ultrasignup page: http://ultrasignup.com/register.aspx?did=40784