To Flirt with Dirt – a Cautionary Tale 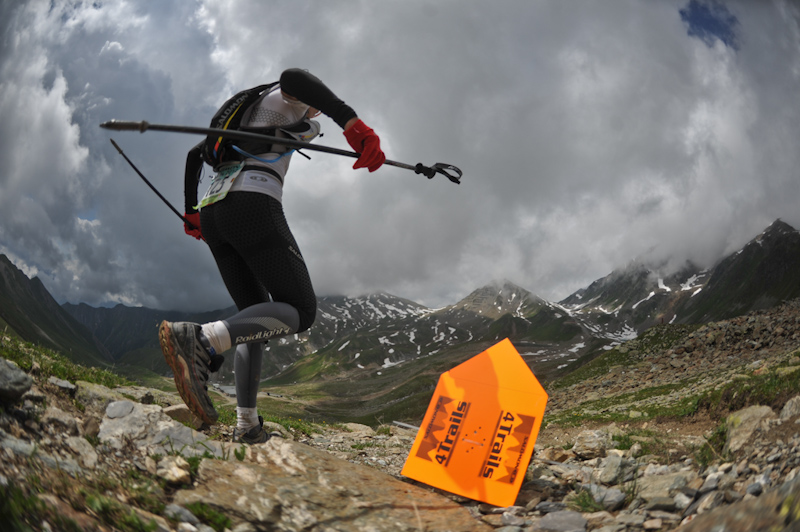 Ever thought about how essential the right gear is?

No – Not shoes or a pack or poles. I’m talking about another, important piece of equipment. You’ll never get it. Just a little hint – Put on your shoes, look for the nearest woods and run into them. When you come to a junction, always chose the narrower path (the road less traveled). The smaller the trails get, the faster you run. And all of a sudden, you have to act like a soldier in a combat game. The branches come down, the trees stand close, the roots make you jump like a young horse. And then it happens. Your face will be hit by a long (usually sharp) branch…..

Running with my team-mate Rainer it always follows the same pattern; we meet for a training session and decide where to go. We know which summit we’re headed to, but you know, there are dozens of different ways to get there. As Rainer is the real alpha dog of both of us, he decides which trail we take. He loves the really hidden ones. Narrow paths, close trails, that’s where we feel good, free and a little bit like Fred Flintstone and Barney.

Rainer runs first, I come after him. But since we both love the competition, I try to follow him as closely as possible, so he can feel me breathing down his neck. The hunt is on, the hunter hunts and the alpha dog runs….

For old men like us this means a lot of fun in the woods and action without danger as well. So I thought. Until I met my first tree!

In the beginning of our trail running careers, we made a similar trip through the woods and I followed Rainer. It was one of the first training sessions we performed as a team. The weather was fine, and I thought there is no need to wear a run visor or cap. We jumped through a very difficult area of the forest in German Bavaria. Suddenly I felt a hard slap against my face, lost my balance, fell to the side and found myself on the forest soil. What had happened?

You see, when Rainer made his way through the woods, he pushed the twigs aside, but unfortunately they snapped back. I was not wearing any headgear or glasses, so I had no chance to react before my face was hit. The wooden branch almost knocked me out like the fist of Mohammed Ali.

When you wear a cap with a brim or visor, you might be able to prevent hits like this, giving your reflexes some warning to soften the impact. The few inches from the edge of the visor to the face are often enough to warn your body that something is fast approaching…

So protect your eyes with a hat and glasses, even when you don’t think you’ll need it!

One Response to When branches strike back….