Women in Ultras: The Feminine Baddasses

When I recently signed up for the Bighorn 100 I took a minute to scan through the entrants. What I saw was a screen of utter disappointment: 10 pages of male entrants and barely one page of female entrants.

No, I don’t think ultra-running needs to be the #1 sport for women. Innately it is one of the least feminine sports out there. Let’s face it: it’s a sport filled with farting boys, bloody knees, and crusted sweat. Given the typical trail runner attire and the nature of getting entirely worked over racing 50+ miles, women ultra runners often look like Rainbow Bright dunked her head in a toilet and came staggering across the finish line.

OK, so ultra running is not a pretty sport. This doesn’t mean that our tutu wearing, tiara-toting, road-running counterparts need to avoid the sport in its entirety, does it? If we outnumber the men on road marathons, why aren’t more of these “50k ready” women racing trail ultras?

In the past, ultra running was labeled as a masculine sport. Women-specific designs and colors were limited. Slowly more feminine colors and flattering fits are being introduced to the market; it seems that product designers are discovering that we don’t want another grey or blue item. I love the new brightly colored windbreakers and race vests that are coming out this year. In 2013 a handful of classic male trail shoes were redesigned with women’s specific versions. If this grace of femininity continues in ultra-running, maybe someone will finally design a women’s fast pack! (You know, because a strap right across the boobs on the current unisex versions are really “unisex.”)

As with any sport, companies create what the market demands. Female participation in trail running has a direct effect to the quantity of women-specific designs. It’s a well-known fact that we ladies enjoy product shopping more than men. Aren’t we, statistically speaking, the consumers? More women racing ultras would open the doors for the creation of more women-specific products for ultra running. Hydration companies are starting to launch women specific lines, and there is a lot of hype surrounding some of these products. While a product line aimed specifically at women is a big step in the right direction, there are still four times as many product lines for men. This is where we stand in the industry: four times as many products available for men, and the new women’s line… is navy and grey.

Why aren’t more women participating in ultras? Perhaps it is because our voice in the sport is as small as our selection of gender-specific equipment. Male athletes are given exponentially more media attention than female athletes. Live race coverage for major races on twitter follow the top 10+ male athletes. If we’re lucky, we’ll hear about the top 3 women as well… but only if we’re really lucky.

FKT’s are a growing trend. Media coverage of attempts, successful or unsuccessful, is also growing exponentially. But an FFKT? What’s that? The extra media attention female athletes receive when running in a bikini top is only an indication of what gender ultra running media is geared towards, since using sex appeal isn’t going to sell the sport to more female runners.

Where are the women on race day? I don’t know. I can only hope to reach out there and virtually high-five all the women that get out and brave our male-dominated and male-oriented sport. Y’all kick ass! Thank you, you inspire me! Also, you are paving the way for new products, faster course records, and more women thinking that an ultra is possible for them. Since our sport is still in it’s infancy with female participation, we have a big opportunity to shape what media coverage we want, who we want to place as our role models, and how the industry product standards should be set. We can start this by increasing our participation and letting our voices be heard. 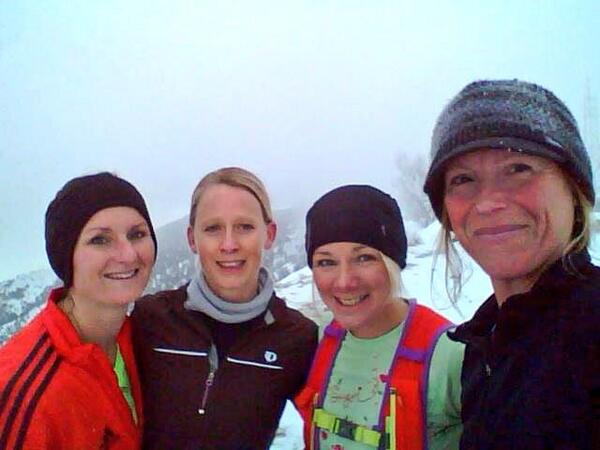 There are a lot of things ultra running does not need; it’s a sport of simplicity. What it does need is more women racing. 10 to 1?! How are we going to improve the margin between our fastest times and the men’s fastest times when we’re outnumbered 3 to 1 up to 10 to 1? Yes ladies, we’ve got the added issues of creeps at night, tampons on race day, and hormonal post-race chocolate binges. We have pregnancies and boob-chafe and menopause. These extra concerns only prove that we’re damn tough.

Ladies, let’s get out running- help each other push our boundaries. Besides, someone needs to show those “pansy-ass pretty boys” that pink windbreaker or not, using a fast pack that actually fits or not, we’re a sport full of feminine badasses.

About the Author: Jennilyn Eaton

Read more from Jennilyn at http://themountainist.com/

17 Responses to Women in Ultras: The Feminine Baddasses