A Short Romp Through the Smokies: Nantahala Hilly Half...

I have been thinking about how to get more involved with the local ultrarunning community. There are several running groups in my area, but due to kids and other obligations, it was always impossible to make group runs or get involved. When a new race popped up on the horizon, hosted by MLC runners (Misery Loves Company), I signed up right away. Not to run, but to give my time back as a volunteer.

On April 12, the first annual 50 Shades of Sore 50k/50M fatass-style run took place on Pennsylvania’s famed Horse-Shoe trail, with out-and-back course. The course is moderately challenging, with lots of flats and few hills (~2300 ft elevation gain), and varied, but mostly single track terrain with few short road stretches, and ever some water crossings.

The race was a huge success. The course proved to be much more challenging than expected due to many fallen trees, unusually warm day (in the 70s) and relentless terrain. Nonetheless, 31 people completed some form of the course from 50 miles to 13 miles. Full “official/unofficial” results can be found here: http://www.mlcrunners.org/results.html

Misery Loves Company or in short MLC, is Philadelphia’s newest trail running group. The group is composed of trail runners from beginners to seasoned veterans. Aside from this race they host weekly runs and “fun” trail challenges such as Assakickon.

I was able to catch up with Pete White,  race RD and one of group leaders, before the race.

TAUR: Tell me a little bit about yourself and about MLC runners?

PW: I’m a middle-of-the pack ultrarunner and trails enthusiast. Growing up in the Northwest, I was an active hiker and backpacker but actually was not interested at all in running until I was in my 30s. I turned to road running as the most convenient way to stay in shape in the late ’90s. I started a typical trajectory of finishing my first marathon, then lowering my time, and running shorter races for time. I also got into training and then coaching with the local USA Fit group (PhillyFit), which was a lot of fun.

Having done the typical road stuff for a while, I started looking for new challenges. One day on a total whim, I tried running on a local trail in Philly’s famed Wissahickon Gorge. After 2 miles, though I was in good road running shape, my lower legs were completely fatigued. However, my mind was much more engaged on the trail. About the same time, I read the fabulous book “To The Edge” about Badwater, and I realized that running ultras could be an exciting new challenge. JFK was my first ultra. A few years later, with a couple of 100s and a handful of 50s and 50Ks under my feet, I feel privileged to be a member of the tremendous ultra community.

MLC is a local trail group in Philly that gradually evolved out of PhillyFit, as several of us in the group started getting interested in trail running. Actually, it was mostly myself getting others interested in the trails so I’d have company, as there were few on the trails in Philly in those earlier days. Over time, we started meeting on Saturday mornings in the race off-season, and a year ago we formalized a bit to create an online presence, official fun run schedule, and a few unusual fatass-style events.

MLC stands for “Misery Loves Company”, a pun on our home base of Mt. Misery in Valley Forge National Historical Park. Our group is a bit atypical because our organized runs are held in different locations and with different degrees of difficulty nearly every weekend. We have a Newbie run each month to get interested beginners out on the trail, a Gauntlet Series to challenge experienced runners, and even a karate belt-like progression to climb Mt Misery, where you can earn different colored shoelaces depending on the route you conquer. Members often organize spontaneous runs during the week or meet together informally whenever they feel like it.

The basic premise of MLC is to get everyone we can exposed to the joys of trail running–goals, times, and paces are secondary to sharing the excitement, pristine beauty, camaraderie, and sense of fulfillment that trails can provide. We try to keep things low key, friendly, fresh, inclusive, and as imaginative as possible. In only first year, we’ve grown to over 200 members, and it’s been a lot of fun to meet folks from throughout the area that share this common spirit of adventure.

TAUR: How did you come up with an idea to host 50 SOS race? Why now? Why an ultra?

PW: Once we got started as a real group, it was natural to start thinking about some more organized events. 50 SOS came about last winter when a few of us were on a long run in French Creek State Park. One of our runners, Ken Dorris, was lamenting the fact that he’d likely never be able to finish a 50K race because he felt he wouldn’t be able to make the cutoff times. First of all, Ken had just been one of the very few to finish Pennsylvania’s Grand Slam, a series of four very technically challenging trail runs, in one year, so he was very capable. Even so, we decided right there to create a race that was designed specifically for him to finish. And he will!

TAUR: What can runners expect from this race?

PW: 50 SOS stands for “50 Shades of Sore”, which was actually Ken’s idea. We added the 50 mile distance because several in the group wanted to go longer. We designed it as an unsupported race to be consistent with our low-key nature, got some fantastic organizers and volunteers together, and added some fully stocked and supported aid stations. Runners will be on their own for navigation, but thanks to super-organizers Paula Tansey and Maggi Buckler, we will have a lot of assistance for the runners as well.

The course is almost entirely on the wonderful and scenic Horse-Shoe trail, which follows the old Conestoga Wagon Trail from Valley Forge to the Appalachian Trail near Harrisburg. It’s pretty forgiving, with lots of flat stretches but a few steep hills to keep things interesting. It’s an out-an-back, and we’ll have nine aid stations to help the runners through. Only a few miles are paved, with almost all the course on single-track that winds mostly through forests, passing through a few prairies, around some lakes, and even a couple of interesting stream crossings. The course also passes through Hopewell Furnace, which is a restored ironworks that is now a National Historic Site. Altogether, this is about as varied of a course as you could imagine. I’ll have the opportunity to attempt the 50 miler, and I can’t wait!

More info on the race is here:
Website–http://www.mlcrunners.org 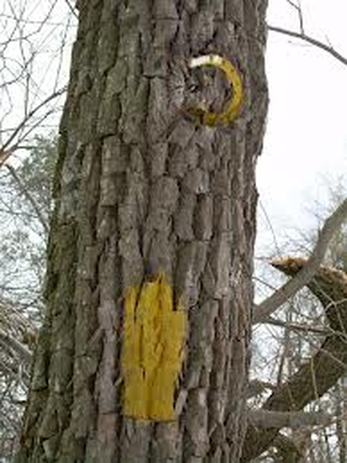 TAUR: Do you have any plans to make this race an annual event?

PW: We’ve had a lot of interest in this event, so this is certainly a possibility.

TAUR:  What other races does MLC put on throughout the year?

PW: So far, we’ve come up with different ideas each time, which underscores the creativity of our members. Last spring, we put on Rode to Joy, which combined all the routes up Mt. Misery in one big challenge, and where runners had to find and pick up some most unusual items along each route. Last Fall was Assakickon, where runners ran to each corner of Wissahickon Park as superheroes, where they had to collect items along the way in order to defeat some interesting threats to the city, such as invading vegan aliens and meteor cows. Both of those were stage races that got progressively harder, which allowed the best runners to participate along with new runners and even some hikers.

Who knows what might be next–we are waiting for your great ideas!

TAUR: How can local runners get involved with MLC?

PW: We hope that anyone who likes or wants to try trail running finds something of interest in MLC–we are certainly designed with that in mind. If you are interested, just come on by or contact us. Here’s some ways to find us:

About the Author: Emir Dedić

One Response to 50 Shades of Sore: RD Interview