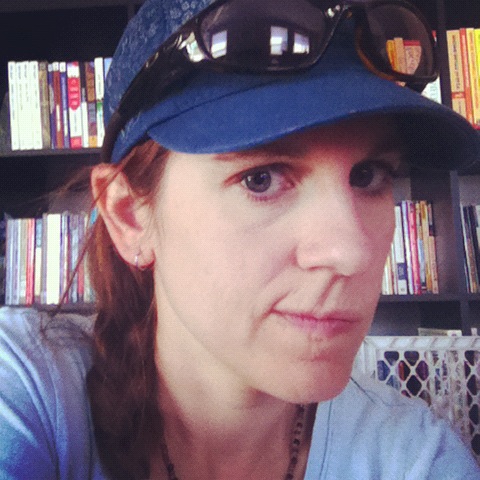 Sometimes you get the bear, sometimes the bear gets you. Apparently, my number was up, because I got bad news from my orthopedic surgeon this week. I’ve been having shoulder pain for a while — just sort of achy, nonspecific pain deep in the joint — and my arm doesn’t feel very firmly attached (it’s a pretty creepy sensation). This, coupled with the disturbing crackling and popping noises my shoulder’s been making, prompted me to see the orthopedist, who did a physical exam and ordered an MRI. One arthrogram later, I was informed I had a superior labral tear from anterior to posterior (SLAP tear), which basically means that I tore off part of the cartilage that forms the socket into which the head of my humerus (upper arm bone) fits. Oh, and — bonus! — in the course of sustaining this injury, I stretched the capsule around the shoulder joint. The orthopedic surgeon informed me that I need to have the labrum screwed back on, and the capsule taken up with a series of what sound distressingly like pintucks. And that I will be in a sling for 6 weeks, no arm movement allowed. And that I won’t be able to run for 8 weeks.

Some people are able to manage SLAP tears with physical therapy, but this is not an option in my case, according to my orthopedic surgeon, because I am scrawny and too old (I believe his words were “slightly built and mature”). Anyway, surgery is scheduled for May 9th, so I’m currently enjoying my last month of running before my enforced two month hiatus. So sad.

I’ve been reading about SLAP lesions on the Internet. They’re pretty common among athletes, apparently. Anyone who does repeated overhead movement (like swimming, or swinging a tennis racket, or throwing a ball) is susceptible. So is anyone who falls on an outstretched arm (as one would do if one were skiing down an avalanche chute like an idiot who has failed to internalize a sense of mortality, and missed a jump turn, and got tossed head over keister down the side of the mountain…not that I’d know…)

So anyway, I’m down, but not out. After a week of taking really good drugs and watching old episodes of Lost on Netflix, I’ll be back in the gym, cross-training on an elliptical. It’ll be interesting to see to what extent I can maintain my running fitness during that time. Once I’ve got the go-ahead from the orthopedic surgeon, I’ll be right back out on the trails again. I’m going to need to push my first ultra back a bit as a consequence of all this, so I think I’ll try to do a marathon in October (instead of a 50-miler), and then maybe hit the 50-mile race in February or March.

Yeah, I managed to sound upbeat in that last paragraph, but…this really sucks. I HATE not running.

Have a good “down but not out” story?