HOKA ONE ONE® Runner Hayden Hawks Sets Record for... 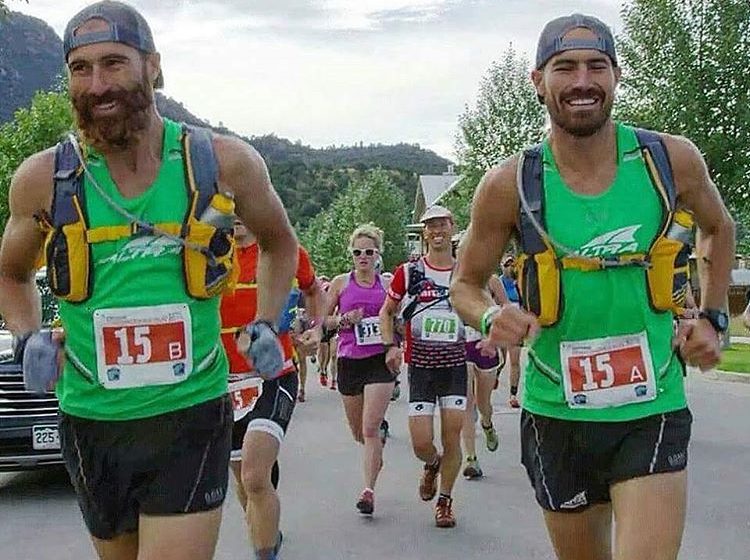 (Logan, UT — April 5, 2017) — Altra’s Endurance Team members Jacob and Thomas “Rivers” Puzey will start in corral one with the other elites, competing together at their first Boston Marathon. The Puzey brothers hope the coveted starting position will push them to finish under the Olympic Trials qualifying standard of 2:19:00. In December 2016, Jacob, 34, set a new world record for the fastest 50 miles ran on a treadmill at The Running Event in Orlando, FL.  His time was 4:57:45 with an average pace of 5:56, crushing the current record by an hour. Rivers, 32, won the 2017 Rock ‘n’ Roll Arizona marathon with a PR of 2:19:57. He also won the 2016 Rock ‘n’ Roll Arizona marathon to become the first back-to-back winner in the race’s history.

“It’s been a lifelong goal of ours to toe the line at Boston and see how we stack up against the competition and storied course,” Jacob said. “When we’re both healthy, we feel we’re evenly matched and bring out the best in one another. The undulating terrain should suit our strengths.  We’re really grateful for this opportunity to run such a special race together, side-by-side.”

Though they plan to run the Boston Marathon together, their training has been completely different. Rivers lives in sunny Arizona, so his training is mostly outdoors. He typically run commutes 22-24 miles a day, round trip from home to Northern Arizona University where he is pursuing a doctorate degree in physical therapy. Jacob spends the majority of his training indoors on a treadmill due to the bitter cold winters at his home in Calgary. His treadmill of choice is the ProForm Boston Marathon Treadmill, which uses Google Maps through its iFit technology to automatically adjust the incline and decline to simulate the real Boston Marathon course.

“I run on the treadmill most mornings before the rest of my family wakes up,” Jacob said. “In terms of volume, I probably run half the distance Rivers does, but due to the unique features of the ProForm Boston Marathon treadmill, I’m able to do quite a bit more quality training at this time of year than I’d otherwise get running in the snow and cold.  I’m able to preview and simulate running on the Boston Marathon course almost every day of the week. I’m ready.”

Both Jacob and Rivers are well-decorated elite road and trail athletes who met Altra founder Golden Harper while all three were students at Brigham Young University in Hawaii, and been ambassadors for the shoes since in the brand’s early days. Jacob and Rivers post their grueling workouts, epic runs and amazing accomplishments to their Instagrams:  @jacobpuzey and @tommy_rivs.

Jacob and Rivers will both wear the Altra Boston Escalante, a limited edition version of Altra’s popular new Escalante road shoe for the city of Boston. This shoe features the city’s historic blue and yellow colors with a Boston 2017 callout on the heel. The Boston Escalante retails for $140 and is sold at www.AltraRunning.com, at select East Coast retailers and at the Boston Marathon Expo at Altra’s booth #1920.

Come meet the Puzey brothers at the Altra booth #1920 during the expo on Saturday, April 15, from 1-2pm or catch them toward the front of the pack on race day.