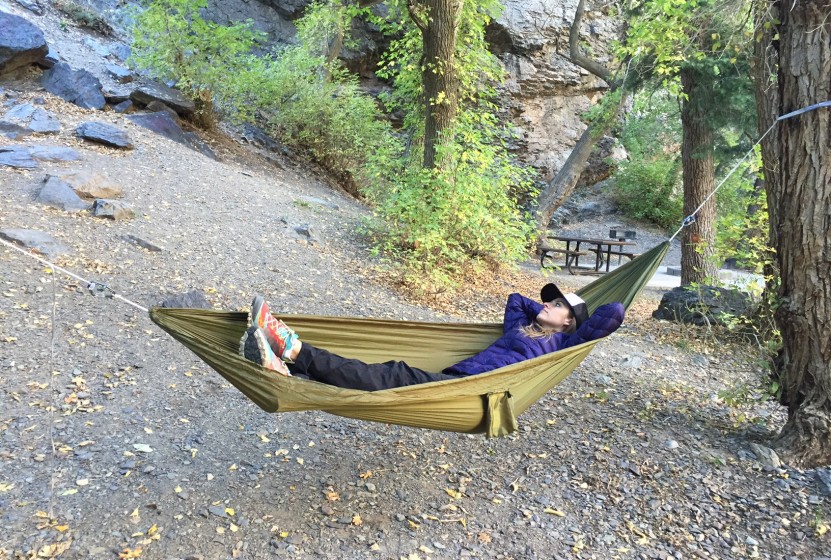 As trail runners, we like to think that we are a different breed from road runners, and in a lot of ways we are. However, we do share many of the same attributes, especially in the way we go about training. Historically, running has been viewed solely as an exercise sport, a way for us to get in or stay in shape. Trail runners tend to have a more relaxed view of this, but the base attitude towards what we do when we run maintains the same; start the run at whatever location we designate, and then run until we get back to where we started, making an effort to stop as little as possible in between.

At the Summer Outdoor Retailer Trade Show in Salt Lake City, UT we spent some time talking to the folks at Eagles Nest Outfitters (ENO), the leader in hammocks. They were interested in our attitudes towards how we like to run – getting to the tops of peaks, visiting distant lakes, or touring around national parks. We discussed the idea of running for the goal of reaching a destination, to visit someplace awesome and hang out, and then return. This idea of carrying a hammock along blossomed into a mass of new ideas. As a result, they sent us a few of their ultra-light Sub7 Hammocks and the Helios Suspension System to put them to the test as runners. We quickly discovered that trail running immediately became more than just a workout in a beautiful place, it was about getting somewhere and enjoying our time there before heading back. 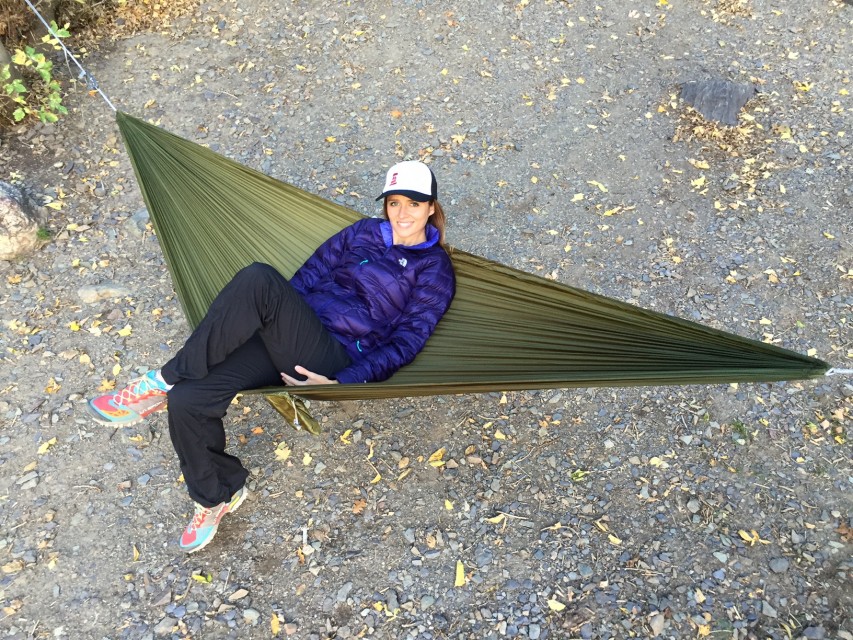 Check out our video review of their amazing products and our new mindset towards running in the outdoors. Let us know your thoughts in the comments section regarding your attitude towards destination running.