How Does Endurance Running Affect Lactation? 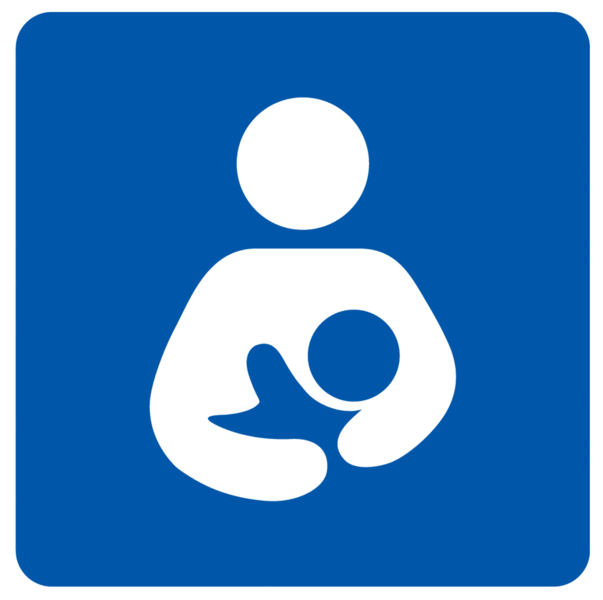 One study examined a group of sedentary (non-exercising) women, randomly assigning them into exercise or non-exercise conditions (Dewey et al). Those assigned to exercise worked out at 60-70% HRmax (60-70% of maximum heart rate [HRmax] is considered moderate/aerobic) for 45 minutes/day, 5 days/week for 12 weeks. Volume and composition of breast milk were measured regularly, as was plasma prolactin (prolactin is one of the hormones responsible for breast milk production). The researchers found that the exercising women made up for their increased caloric expenditure by eating a bit more, and that the exercise significantly improved their cardiovascular fitness without negatively impacting lactation.

Study limitations: This was a small study (33 women), which limits the degree to which the results can be generalized. Further, these women were sedentary at the outset, which means the results may not apply to conditioned women (e.g. those preparing for a marathon). Further the women exercised only a moderate amount each week; longer-duration exercise could have greater impact on milk production.

What this tells us: Women who exercise a moderate amount at a moderate effort probably won’t affect their breast milk production.

A second study examined the effect of vigorous exercise upon breast milk (Lovelady et al). Subjects were either exercisers or sedentary before the study began; each subject then participated in a treadmill test with increasing incline and speed until the subject could not continue. Various data were collected, including milk composition and volume. The researchers found no significant difference between the groups with regard to milk composition or hormones. Exercising women tended to make more milk, however. The short-term vigorous exercise did not appear to affect milk production in either group.

Study limitations: This was a VERY small study (16 women). Further, it was not randomized. As such, differences between the women may or may not have been due to their exercise behavior (perhaps, for instance, exercising women shared a third characteristic that was responsible for increasing their milk production). The vigorous exercise in the study was extremely short-duration, but because the study included habitual exercisers, it provides some useful information.

What this tells us: Very short-term vigorous exercise does not impact milk production. More importantly, women who exercise regularly (at least 45 min/day, 5 day/week) do not have negatively impacted milk production. They may even make more milk, though this was not proven conclusively because of the study limitations.

One concern that is particularly great with regard to marathon runners and ultrarunners is that they may not replace all the calories they burn during exercise. This could theoretically impact milk production. A study of lactating women examined the effects of caloric restriction (dieting) and exercise upon milk production (Dewey, K). Over the short term (about 11 days), caloric restriction sufficient to achieve a weight loss of about 1 kg/week did not negatively impact milk production. The study did not look at the effects of long-term significant caloric deficit. Interestingly enough, however, the author found that caloric deficit appeared to increase circulating prolactin, which could theoretically boost milk production.

Study limitations: The study looked only at short-term caloric deficit, so the results don’t necessarily translate to long-term deficit. However, female runners who more or less maintain their body composition from month to month are not in long-term negative energy balance.

What this tells us: While there isn’t enough evidence to say that increases in prolactin due to exercise boost milk production on the basis of these results, neither is there any evidence to suggest that exercise negatively impacts milk production if, over the short term, it results in caloric deficit.

There’s also the concern that human breast milk contains more than just protein, carbohydrate, and fat; it’s also a rich source of immunologic factors that help to develop the infant’s immune system. A study compared habitual moderate exercisers (30 min/day, 3+ days/week) to sedentary women, examining the womens’ milk for immunologic factors (Lovelady et al). A sub-group of the exercising women was also asked to exercise in the lab, after which milk was analyzed. The researchers found that there were no significant differences in the specific factors measured in exercising versus sedentary women, nor in habitual exercisers after exercise versus habitual exercisers after rest.

Study limitations: Again, this was not a randomized study, so there’s the possibility of a third, unidentified common factor affecting the results. Further, the researchers looked at only a small subset of immunologic factors in breast milk; it’s possible that exercise impacts factors that were not examined. Again, as with most studies, the women were moderate rather than endurance exercisers

What this tells us: There is no evidence that regular exercise impacts breast milk immunologic factor content.

Because exercise increases the lactic acid (a waste product of anerobic metabolism) in the blood, there’s been some concern over lactic acid in breast milk following exercise. Research shows that moderate exercise (50-75% HRmax) does not increase the lactic acid in milk significantly, while intense exercise (approx 100% HRmax) increases lactic acid for as long as 90 minutes post-exercise (Carey et al). This is somewhat expected; the body — particularly in the case of a seasoned athlete — should clear lactic acid from the blood quite effectively during moderate efforts. While lactic acid in the milk after a high-intensity effort would be unlikely to affect the nutritional quality of the milk, there’s been some concern that it could cause infants to reject the breast. However, research suggests that this is not so — a study of infants 2-4 months of age and their mothers indicated that even high-intensity exercise didn’t impact the infants’ acceptance of the milk an hour after exercise (Wright et al).

Study limitations: The infants were fed pumped milk from a bottle, and their acceptance of the milk was rated by lactation consultants who watched the babies on videotape. “Acceptance” is a qualitative measure; perhaps the infants eagerly took the bottle, but didn’t remove much milk — or didn’t drink as much as they otherwise might have.

What this tells us: Marathoners and ultrarunners don’t do much high-intensity work, so lactic acid in breast milk isn’t likely an issue. Even if it were, however, it clears from milk within 90 minutes. An older infant can easily wait until the lactic acid clears he finds the taste unpalatable. Mothers may wish to pump and save pre-exercise milk for younger infants in the event that they reject post-exercise milk for a short period.

Where does all this evidence leave us? Again, as I stated earlier, I’m sort of scraping together bits and pieces of information from a variety of sources, none of which is ideal. However, based upon an analysis of the evidence, it appears that marathon training should be no problem at all when it comes to lactation. It’s probably reasonable to ensure that there’s adequate caloric intake, if for no other reason than because lactation is a significant caloric expenditure in its own right, and the lactating runner will need a particularly large energy intake. For mothers with younger infants, it may be worth waiting until breastfeeding is well established (about 2 months postpartum) before beginning serious, routine exercise. Finally, both for personal comfort and to ensure a supply of milk in the case of a hungry baby who doesn’t care for lactic acid in his dinner, it may be worth pumping before running. Note that lactic acid, like alcohol, will clear from the breast milk as it clears from the blood; there is no need to “pump and dump” post-exercise.

3 Responses to How Does Endurance Running Affect Lactation?