No Excuses – What Are Your Excuses? – Part One 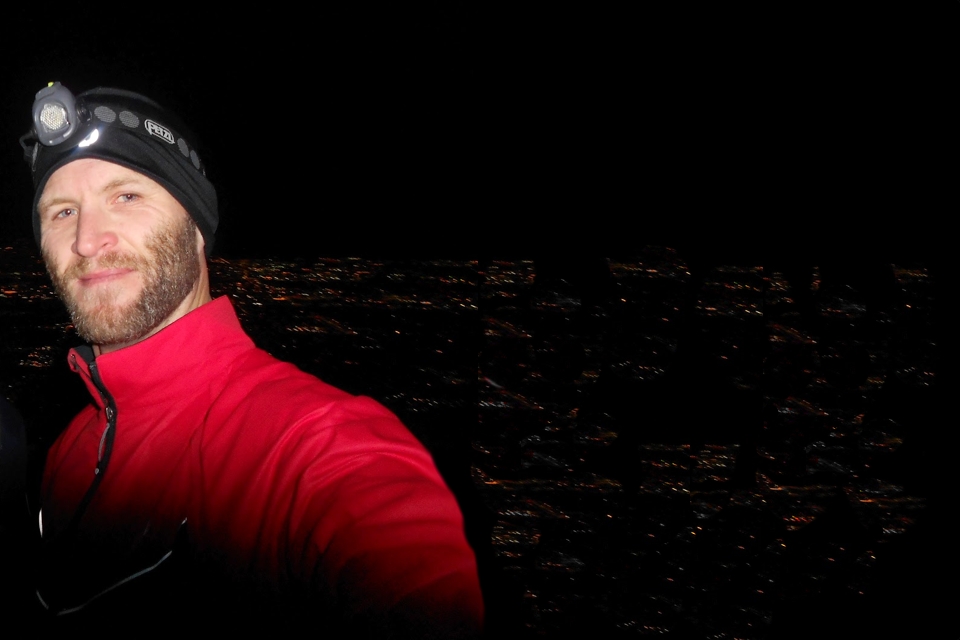 I’m often asked how I have the time to train and race like I do.  The answer is easy on the surface – I have a great job with an amazing boss who supports what I do and a wife who loves and supports me.  My boss values a job well done more than the continuous 8 hour day worked and therefore doesn’t mind when I take off for a long-ish lunch or bail early to head up into the mountains.  And my wife is the best ever, personally sacrificing her own work-outs, time with friends, and at times, even her job so that I can get in a run at night or race on the weekend.  But if I were to get right down to it one would find that it is much more complex and difficult than that.

To put it into perspective let me break down my current family and social situation.  I’m married and have four children (6 months, 3, 4, and 14).  My wife is a full-time nurse at Primary Children’s Medical Center and works every Monday, Friday, and every other Saturday/Sunday.  My 14 year old is with us every Tuesday and Thursday evening and every other weekend (the weekend my wife works), so we tend to try and do family things when he is with us.  I also work an 8 – 5 job Monday through Friday, with the occasional Saturday thrown in.  I don’t race as much as most ultra runners, but I try and race every few months and will do at least three 100 milers this year (which basically requires a full weekend away).  I also run for Altra Zero Drop shoes and they frequently have me participating in smaller events and/or trade shows.  There is more, but if I get that detailed I might start hyperventilating.

So I’ll ask the question again? “How do I do it”?  In a climbing movie made back in the early 90s one of the elite climbers was asked how he knew what to eat and how to train to be such a good climber.  His response was interesting, “when being your best becomes important enough to you you’ll know what to eat and how to train, no one will have to tell you”.  It’s a very interesting concept, no?   What it really boils down to is, ‘if you want it bad enough you’ll find a way to make it happen’.   As it pertains to my own training and success in ultra running I can confirm that this is true.

Early on in my running career I had more 4:30am wake-ups to my alarm than I can count. Often those runs were on the road or trails in the Salt Lake Valley. I’ve gotten away from those super early starts, but I still find myself wiping the gook from my eyes at 4am at least once a week as I roll out of bed to go tag a Wasatch peak. Now-a-days I tend to sacrifice eating out or going home for lunch so that I can get miles in running in the Dimple Dell recreation area (the Gully).   I also try and do one night run each week (starting at 9pm after my kids go to bed). These runs allow me to go farther or for a longer period of time because the only sacrifice I’m really making is my own sleep. Even with all that I probably don’t run as many miles as most other ultra runners and definitely not as many as I’d like. I run 40 – 60 miles each week with about 7,000 ft of vert.

My long term goal is to be able to compete on a national and international level. I’m not sure if I can do that running so few miles as I do. However, I have a feeling that it might be enough if I can increase the intensity of my workouts, at least 3 – 4 times a week so that I’m getting the added benefit of pushing myself harder (which will be discussed in detail in Part 2). One final thing I do is to try and run an 50k+ distance (more than 31 miles) run each month. This allows my body to stay in touch with how it feels to push into higher numbers.   Muscle memory is a great asset, but I’ll save that for Part 2.
I’m not writing all of this to brag about how much I’m willing to sacrifice to achieve my goals.   I’m writing this in hopes that it might inspire some of you who think “I just don’t have time”.   It doesn’t matter what you want to achieve, you can do it if you’re willing to make the time sacrifice to accomplish it. Maybe your dream is to write a book, but you’ve never been able to find the time to sit down in a quiet room and do so because of family and job obligations. Perhaps you want to be a musician and play the piano, but you can only practice after the kids go to bed and then you face the challenge of the noise waking them up. After reading this post I would hope you will see that there is time, but it requires sacrifice. There is a way around the noise, but it might require investing in an electric piano with headphones. It boils down to this, there is always a way. Always. You just have to decide that you want it bad enough to do what it takes to achieve it.

And before you try and stymie my sleep sacrifice with the argument “I MUST HAVE’ 8 – 10 hours of sleep”.  Sorry, but I don’t believe that. There is plenty of research to prove that the body can function at a normal level with as little as 5 – 6 hours of sleep each night (and a few that will say as little as 4). Again, it’s an excuse.

What was that excuse again?

It boils down to this, we all have excuses and for the most part they are all valid reasons. That’s fine – I’m not going to discount anyone’s excuses or say that you don’t have viable reasons for not going after your dreams. I get it, I really do. I mean, geez, all you have to do is go back a few posts to understand that while I’ve been living my running dream I’ve been finding a million and one excuses not to live my professional dream. Well, I’ve given up on my excuses and now I’m finding a way to make it work and WILL make it work. We can all do it, we just have decide how much we want to.

And before you try and throw out an excuse that you can’t run because of injury, let me tell you that there is a way around nearly every injury out there.

» inspiration, Musings, Training » No Excuses – What Are Your Excuses? – Part One

7 Responses to No Excuses – What Are Your Excuses? – Part One