There’s Just Something About an Ultramarathon

A Note of Encouragement 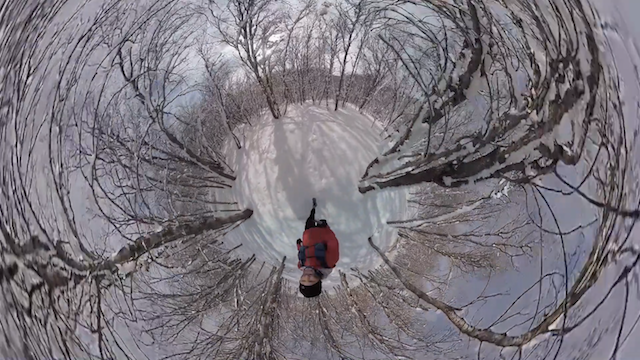 We’ve been partnering with Rylo for the last several weeks, testing and reviewing their new 360 camera. We came across Rylo at the Winter Outdoor Retailer trade show and were immediately impressed with the quality of the camera and the features and functionalities of the app, the single source used for editing. But you know how these things go, it always looks and works better in the display booth than in real life. Not this time. We quickly learned that this camera and the associated app lived up to and exceeded the original hype we felt after the first time saw it.

A few things to note. Don’t expect the image quality to be that of other standard action cams (think GoPro Hero 6 or Sony a300). By the nature of the way the camera works and how the imaging is synced, it’s a little less. But it’s not significant and the gains had by getting a full 360 view far outweighs any loss of quality. And after some simple research, the image quality of the Rylo is still better than its competitors, including the GoPro Fusion.

Also, there is a learning curve to using the camera and the app – users have to really rethink the way they capture and edit content, which is actually really fun to think about things in new ways. The filming skills will come with use. As for the app, we spent some time with the folks at Rylo and they shared a few tips and tricks with us, which made a big difference in both editing quality and efficiency. In the video below we not only share our thoughts regarding the camera and app, but also pass along those tips and tricks to you. So check it out.

We plan to continue shooting most of our content on the Rylo as we’ve come to love it more than anything else we are using. So if you haven’t already, check out our YouTube channel and please Subscribe. For more information about the Rylo 360 you can visit their website and see more great content, as well as get one for yourself.

One Response to Rylo 360 Full Review