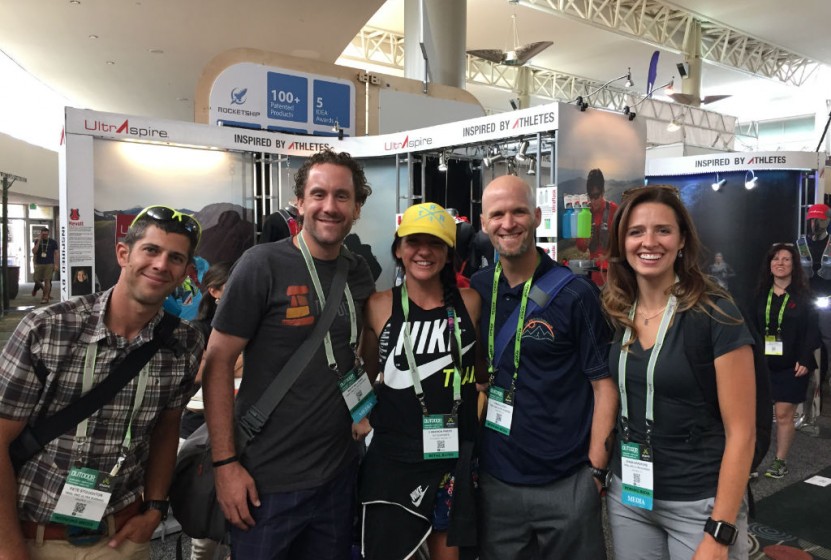 One of the incredible things about the Summer OR show is that there is never a limit on how many amazing things you’re going to see. Day 2 of the show not only showcased some incredible new products coming out this Fall and Spring, but we made some new friends and were able to share our story and community with so many new faces and companies.

There’s nothing quite like sitting in a meeting as my phone blows up with texts from my Technical Director that I need to tie up the meeting and get out front because we get the opportunity to have lunch with Sally McCrae, 7th woman at this year’s Western States and focal point in the highly acclaimed Western Time movie, produced by Billy Yang on YouTube. In the course of an hour Sally went from new acquaintance to good friend and we had the pleasure of spending the rest of the day with her. There are few people you encounter in life like her and we made sure we didn’t waste any of the time we shared. 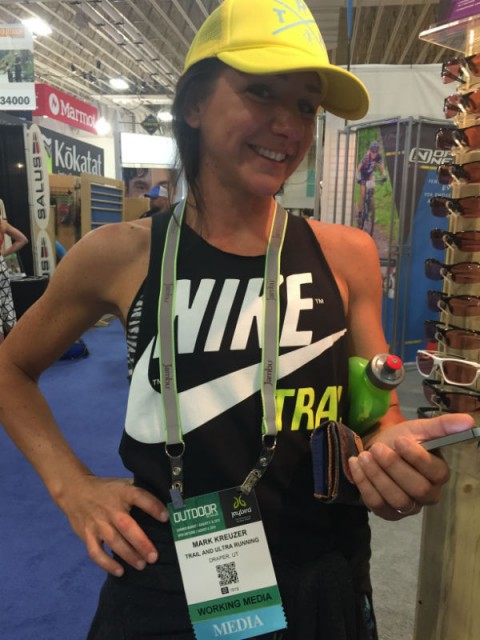 The day also brought some exciting new products to our attention. Two things stood out; traditionally non-running specific companies are really making a push into the trail and ultra community and legacy industry companies are really upping their game this year in response to the flood of new competition. Here are a few of the amazing things we saw today.

Montane, traditionally known for their backpacking and rainproof outerwear, has been making a bit of a splash in the trail running market over in England. TAUR recently reviewed a few of their products, such as their recent hydration vest, women’s fully waterproof running jack and men’s waterproof smock, all receiving high accolades. Their new line of hydration vests will be tough competition existing legacy companies, as they really bring a Euro feel and experience along.

Ultraspire, a long time veteran of the community, basically redid their entire line. With the design help of elite ultra runners Jeff Browning and Karl Meltzer, Ultraspire is taking some radical new strides in the development of their hydration vests. New features, such as a quick-cynch cell phone pocket, 600 lumen waistbelt lighting kit, and their quick-close securing system are going to influence the entire market down the road. Seen in the picture is their new Revolution 2.0 vest with added carrying capacity and redone front pocket system.

Finally, Gu has been in the market as long or longer than anyone. Not only did they come out with some interesting and delicious new flavors (one that actually has real cucumber flavor), but they’re also coming out with 160z bulk pouches of each flavor and they worked with Hydraflask to create 30z soft flasks to carry small portions of it. This new philosophy allows for easier carrying and use and reduces waste.

The day wouldn’t have been complete without reconnecting with some amazing friends. I was honored to spend several minutes talking about the TAUR philosophy and showing the new website design to Jason Schlarb, Nick Clark, Josh Arthur, and Jeff Browning. It was amazing to see their faces as they bought into the values and goals we share as a TAUR community, proof that regardless of whether you’re an elite or back-of-the-packer, it’s the community and camaraderie that make our sport special. 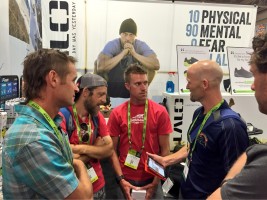 Thanks for staying tuned into the Summer Outdoor Retailer Market. Check back tomorrow as we close things up with our final day at the show. We’ll have some special news to share and show off a few more great products.