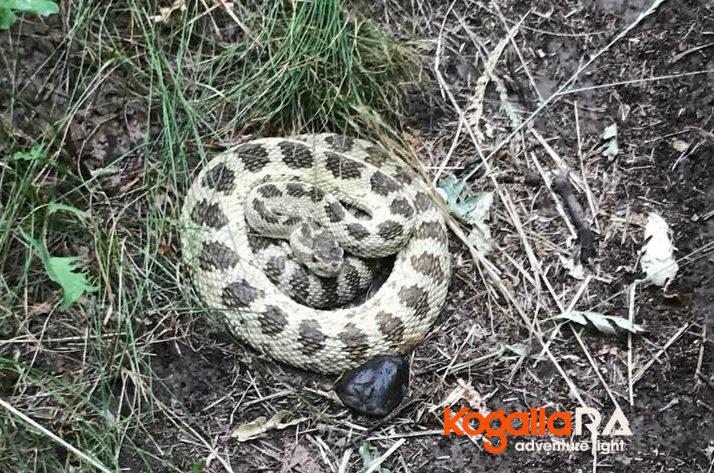 *Craig has a degree in Zoology and has worked with one of the world’s leading Herpetologists.

It’s Summer and for most of us it’s quite hot. With the heat and trails come wildlife, and more frequently than not, rattlesnakes. Knowing just how to run in concert with these wonderful creatures will not only make your runs safer, but also more enjoyable.

Here are a few simple tips to make sure you don’t run into any problems.

Be Aware – Rattlers love to curl up next to or under rocks, especially those sitting near the trail. The openness of the trail gives them space to warm in the morning while staying near the protection of their night’s rest. As you approach their natural response is to rattle. It’s a defense mechanism, a warning signal, reminding you that you are now in their space. Opposed to common language, it’s not a signal that they want to attack. Quite the opposite actually – What they want to do is have you leave. The worst case scenario is that they will defend themselves, but that rattle is the key indicator for you to take action, so being able to hear them is imperative.

It’s important that during this time of year you consider running without music or at least keep an earbud out so you can hear better. Also, keep your eyes up. Being able to see them before they rattle will help you avoid a startled jump, making the both of you more nervous. If you’re running in a group, make sure that the person in the lead knows to keep an eye out and that they are responsible to communicate any possible problems as they present themselves. These simple techniques of being aware are your best tactics for avoiding trouble.

Be Kind – Once you hear the warning rattle or see a rattlesnake, how you respond is important. The first thing to do is to stop and assess the situation. Screaming and jumping up and down isn’t the right response and won’t do anything but make the snake more scared. Be calm and determine your next steps. Second, your response should NEVER be to go on the offensive. Throwing rocks and hitting it with a stick is not appropriate and just plain mean. You’re in the snakes’ space, she’s not in yours, so be respectful.

Be Responsible – This is not a time to show off to your friends. Trying to pick up the snake is just dumb. Just because you watched Steve Irwin do it on a show 10 years ago doesn’t give you the skills to do it yourself. I’ve worked with one of the best herpetologists in the world and he was smart enough to know that you don’t pick up a venomous snake unless it’s your job and you’re certified to do so. Don’t even try and pick it up with a stick to move it off the trail. Most rattlesnakes can leap the length of their body, even when hanging from a stick, so don’t try it.

Be Safe – In the event you do get bit, stay calm. Do not try and suck out the venom, that’s an urban legend. Do not tie a tourniquet, you’ll likely do more damage than good. The best thing you can do is immediately call for help, then slowly make your way to the nearest trailhead and to a hospital. Snakes have evolved to deliver enough venom to kill their prey, which is usually a rodent or lizard. It’s very unlikely that an adult human will die of a single bite (or possibly even a second). Yes, it will be a very painful few days in the hospital, but your chances of actually dying are pretty low, so be calm.

Like most wildlife, rattlesnakes are beautiful creatures, but dangerous if not shown the proper respect. It’s easy enough to avoid them if you’re aware of your surrounds and respect their space. Walking slowly around them before starting to run again is about all you need to do. Just be patient, enjoy your new found friend on the trail, and move on your way. You’ll have a great story to tell when you’re done. 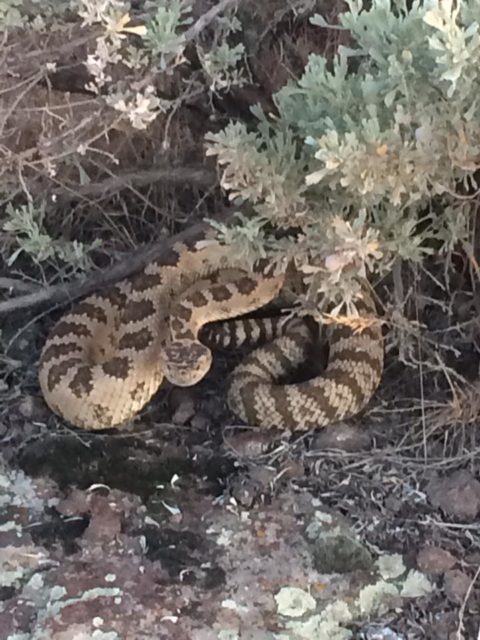 3 Responses to Running with Rattlesnakes