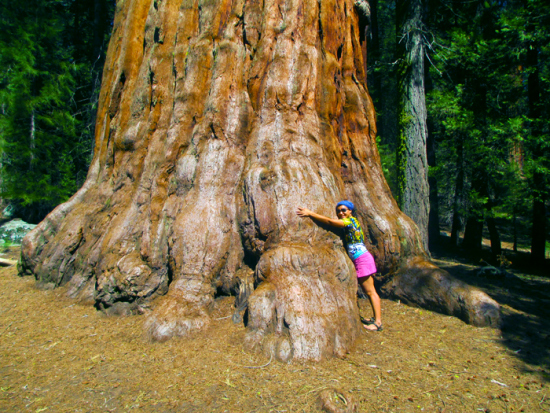 While some people have fond memories of themselves as children, with days full of opportunity and innocence and mornings spent chasing puppies and rainbows, my own memories are clouded with the uncomfortable sensation of a complete lack of control. It is a fear-based aura assuring you that something bad may happen at any moment, and there is absolutely nothing you can do about it.

It has been years since I’ve felt that old panicky chill, like a frigid hand creeping up the back of my neck—until the day of the Boston Marathon 2013.

I was exploring a nearby creek with the dog as we boondocked outside of Zion National Park. My boyfriend Shacky was able to pick up some 3G and checked his Facebook account. A few seconds later, he informed me that someone had detonated two bombs at the Boston Marathon finish line. We knew nothing else.

My first reaction was disbelief, followed by worry for my friends who were running the race. The feeling was magnified by the fact that we didn’t have a reliable wifi connection or phone service. Off the grid, we didn’t know our friends were safe until a couple of days later.

After Zion, we visited Sequoia National Park. I spent the drive reading various blogs of people reacting to the bombings. I knew the feeling: that something bad could happen at any moment, and there was nothing we could do about it.

It took me a long time to process the Boston events, so instead of sending my under-developed thoughts out into the blogsphere, I sought refuge under the towering sequoias. Many of these trees had stood for at least one thousand years and had known both suffering and despair. What could they teach me about tragedy?

Back in the 1800s, park rangers scrambled to put out the natural forest fires they believed threatened the sequoias. Although they were successful, the rangers soon noticed something unusual: The ancient trees stopped growing.

Richard Hartesveldt took it upon himself to investigate this puzzling matter. He learned that these magnificent trees were resilient enough to survive even the most intense fires, and depended on wildfire to clear out their competition for fertile ground, good soil, and sunshine. They were difficult to destroy. (If the trunk of the General Grant sequoia tree were a gas tank on a car that got 25 miles per gallon, you could drive around the earth 350 times without refueling.)

Hartesveldt’s most fascinating discovery was the fact that the wildfire heat was responsible for prying open the sequoia’s pinecones and releasing its seeds. Sequoia seeds would fall onto the ash residue from the fires—the ideal fertile ground for baby trees. These “babies” would someday soar to an average weight of 700 tons—more than two fully loaded jumbo jet planes, transforming what was once a hotspot into a deep, dense forest floor. Millions of seedlings would sprout after a single fire.

Sequoias need fire. Their nature is to take root in the midst of adversity.

Lewis L. Davis was the first civilian park ranger in the early 1900s. He moved into a cabin on the park’s property and patrolled the grove for seven years, patiently raising sequoia seeds and learning more about their relationship with fire.

A century later, I ran through the forest and stopped to caress the deep burn scars at the base of the powerful trunks that Davis had raised as seedlings. These trees not only overcame adversity, but used tragedy as a tool to develop a new generation of giants.

In life, there will always be fires. It’s a natural reaction to panic when we smell the smoke. But as the heat starts to rise in our own lives, we should think of the sequoias. We can’t always control the fire, but we can always stand resiliently among the flames as proud examples to those who will someday run here.

The above is my contribution to the book The 27th Mile, an anthology by runners for runners. All proceeds will support the victims of the tragedy on Boylston Street at the 2013 Boston Marathon. Learn more about this project HERE.

One Response to Sequoia National Park: Finding Resilience in the Forest