Literally starting out of their garage, Sunday Afternoons hats was born as a blanket company, making all-weather picnic blankets for beach and lake goers. After using the excess fabric to make sun hats, consumers begged for more in the hat line and that is when Sunday Afternoons was born. Today they make a full line of casual and performance hats for the entire family.

What drew us to Sunday Afternoons were the cool designs on their Artistic Trucker hats and their new Ultra hat – a full-brimmed hat specifically designed for distance runners and hikers. After receiving the hats we sent them to a few of our reviewers and immediately put them to the test on both gnarly conditions and in large groups (to see how the social response would be).

Two of our testers – Craig and Scott – took the hats to the Trans Rockies Run, a 6 day, 120 mile stage race in the mountains of Colorado. The hats were tested on 20+ mile days, in both the bright sunshine and even a couple of rainy days. Two other testers – Jenna and Kristyan – stayed local to Salt Lake City and wore the hats deep in the Wasatch Mountains and socially around town. Here is how their experiences went. 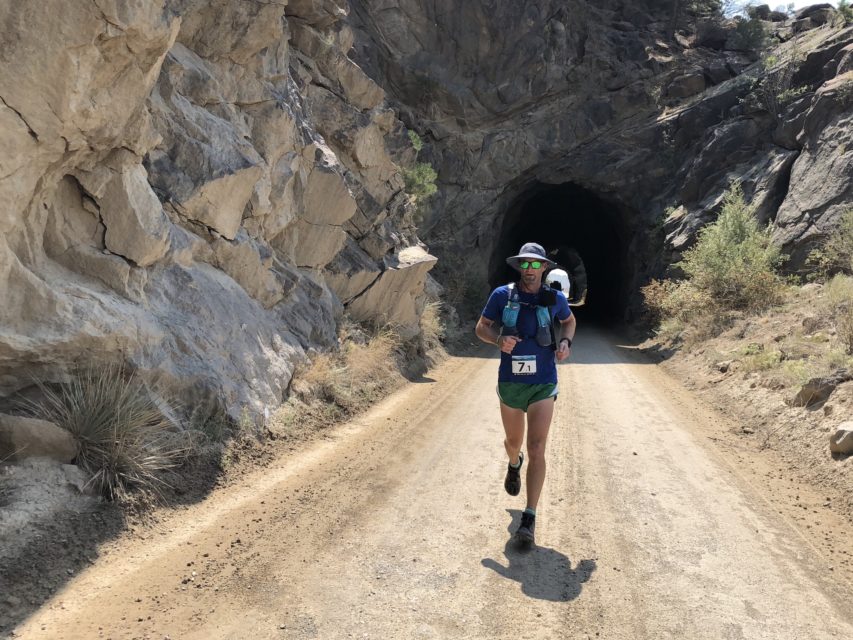 This full brimmed hat provides full sun coverage, but is made from breathable fabrics that allow for venting. It has an under the chin draw string (for those windy days or when you need to hand it around your neck) and the ability to customize the size by pulling the cinch strap in the back. What really sets this hat apart are the sunglasses stash holes above the brim. At first it seemed like it would be hard to get the ear pieces in the holes, but turned out to be surprisingly easy.

Craig wore the hat on the first day of Trans Rockies, which happens to also be the most exposed and hottest leg of the race. The hat performed exceptionally. In today’s world of running fashion, it didn’t quite feel like it had it’s place, but you couldn’t argue function over fashion. Even then, Craig reported getting more than a few comments about the hat and its ideal nature for that particular stage. 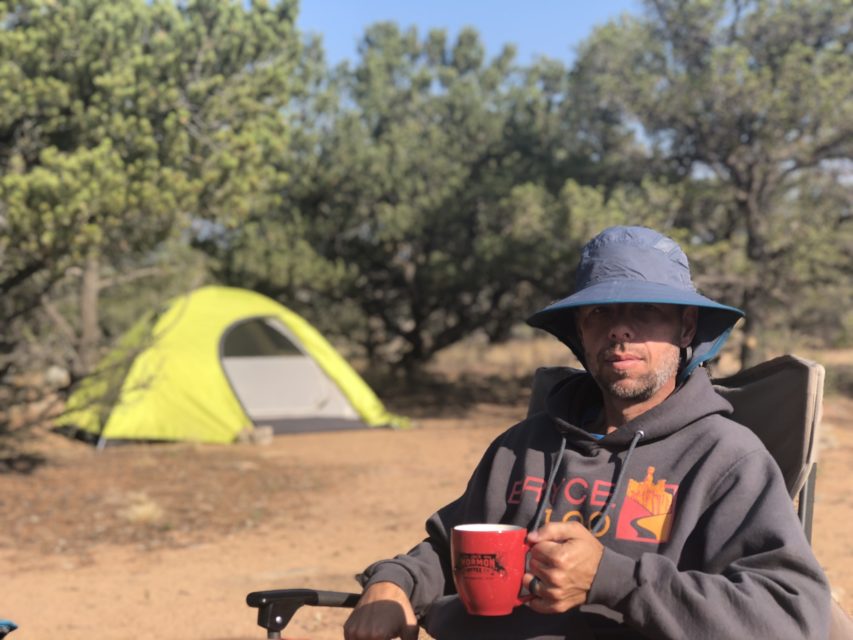 Scott Wesemann at camp, prior to stage 1 of the Trans Rockies Run.

If there was one draw-back it’s that the full-brim almost seemed to draw the heat of the day in. Twice Craig needed to remove the hat because he was so hot. We didn’t, however, ask others who were wearing normal caps if they were doing the same thing, so it’s difficult to state whether his need to remove the hat was because it was too hot or everyone was having the same problem with their headwear. Ultimately, it holds value in those conditions and is a great option for anyone who might be in sun for a prolonged amount of time. 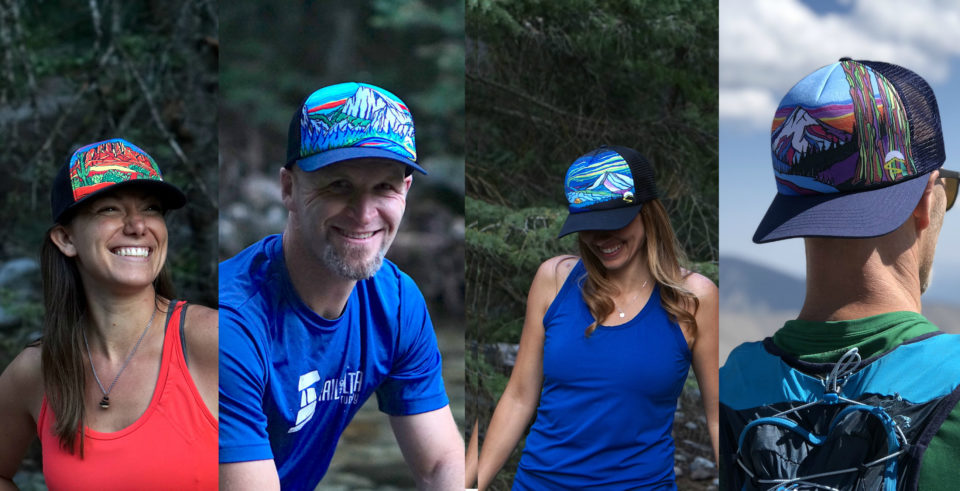 Trucker hats are kind of the thing these days. While there are a few companies who make technical truckers that offer internal sweatbands, there isn’t much else that really sets them apart from the competition. Sunday Afternoons Artistic technical truckers seems to have the perfect combination of performance construction and fashionable fun. We tested four different styles, all designed by artist Chris Herbst.

With a deep set bucket, this hat won’t fall off your head. Our female testers found that when worn backwards it was ideal because it didn’t blow off your head. But it also wasn’t so deep that it fell over the eyes. The internal sweatband easily kept perspiration out of your eyes and provided plenty of coverage. 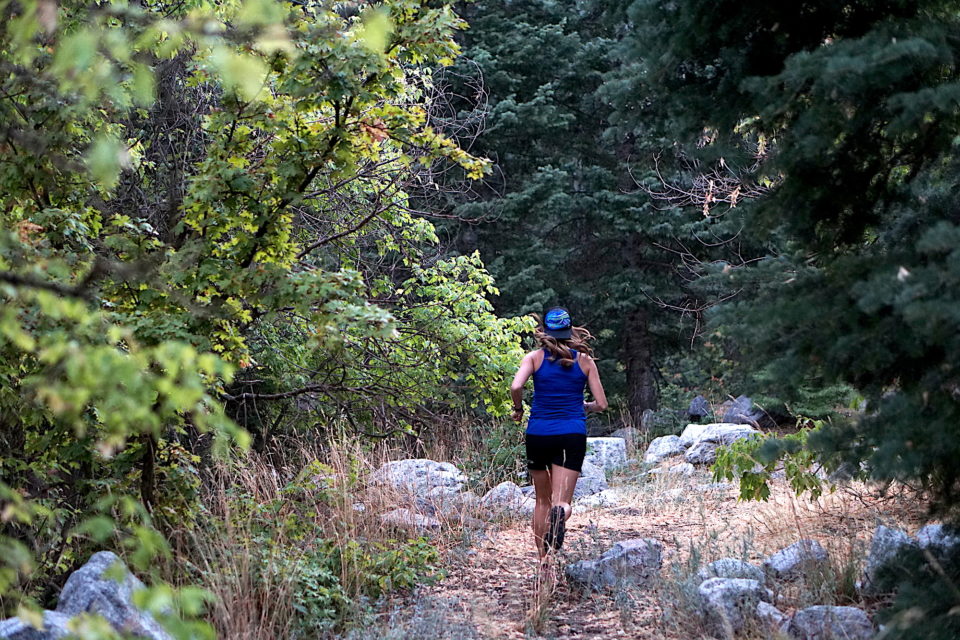 The real story of these hats were their popularity in the community. None of our testers were able to go on a run or wear the hats in public without receiving comments regarding how good they looked. For Craig, who wore two of the styles at Trans Rockies Run, the hats received so much attention that he finally had to give one of the hats to another racer because she was so enamored with it and couldn’t stop commenting about how much she loved it.

Ultimately, in our sport, performance is paramount, and these hats seem to fit the bill. But if you want to stand out and set yourself apart by looking awesome also, the Artistic Trucker is the way to go. 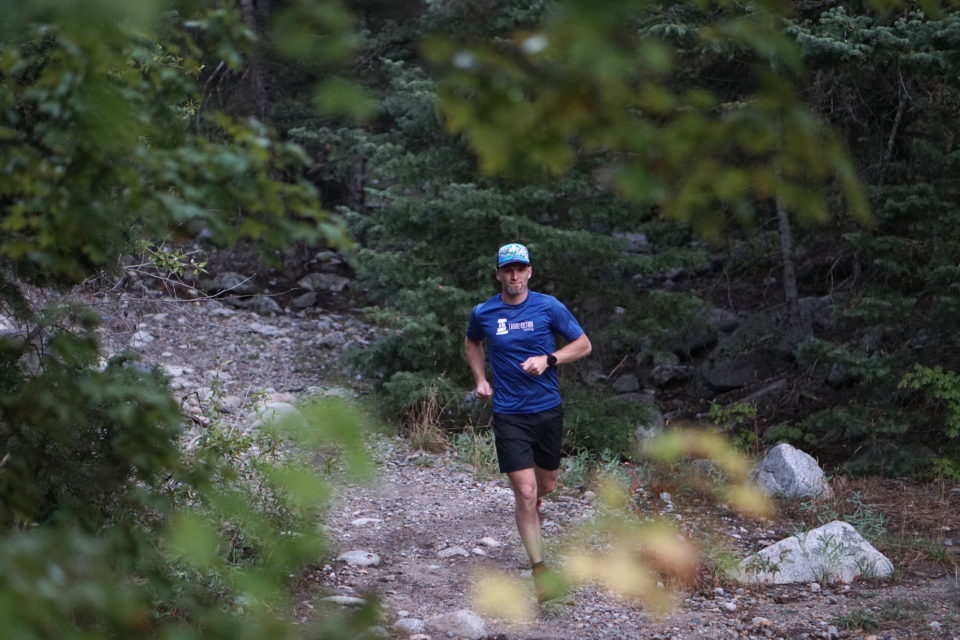 We randomly came across Sunday Afternoons at the Outdoor Retailer trade show. Their Artistic Trucker and performance line caught our eye and we stopped in to check them out. We had no idea at the time that these hats would be some of the best we’ve ever worn. If you don’t know who they are already, visit their site, read their story (it’s really cool), and check out all of their amazing products. Oh, and they have an entire line for kids!