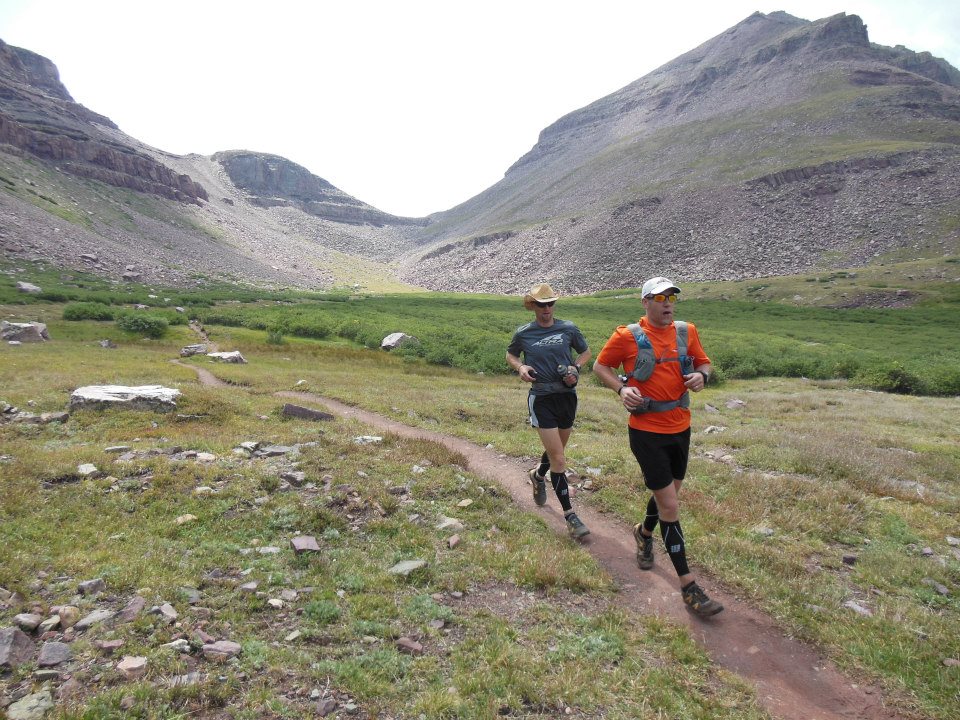 I recently attempted to run/hike/climb all of Utah’s 13,000 foot peaks, unsuccessfully. I want to share my experience with you, but to do so you must first understand my desire to attempt such a challenge. Part 1 will focus on the drive to climb mountains above a certain elevation and why Utah mountains go mainly unnoticed. I hope you enjoy the articles and urge you to share your own experiences in the comments section.

Hikers and peak-baggers in this country have an odd obsession with the 14,000 foot elevation mark. I imagine that it has something to do with the fact that the tallest mountain in the contiguous US is 14,505ft. Were Mt Whitney to be above 15,000 ft people would probably care a lot less about getting above 14,000. When analyzed at a state level the number becomes even more arbitrary.

California hosts 15 peaks above 14,000ft with a prominence (elevation difference) of 300 ft between summits. Twelve of those lie in the Sierra Nevada mountain range and can technically be climbed in one continuous trip without having to be shuttled in some manner to another mountain. But you’re still left two short of the total without a car. Colorado has 52 mountains above 14,000ft ranging over four different mountain ranges. While people have successfully climbed all of the peaks in those respective states without aid, only few have done so and none under the power of their own feet (one or two people employed a bike, but that’s it).

Below the 14,000 ft mark few mountains in the US get any notice unless they are state high points. What is truly sad, however, is that some of the best mountains and ranges in the US are ignored because they don’t meet the magical number. Utah plays host to 19 mountains above 13,000 (21 if you don’t take prominence into account) feet elevation, nothing special by national standards. But what people have yet to notice is that all of those peaks – representing the tallest mountains in Utah above a given elevation – are all in the same remote mountain range – the Uinta Mountains. All of the peaks lie in a relative clean line along a ridge and never, at any point, do you cross a road between summits. Receiving support along the route would be difficult, at best, and once on your journey and atop a peak your nearest trailhead is well over 10 miles away. If you throw out the arbitrary number of 14,000 ft and simply look at the total number of mountains above a certain elevation in any given state Utah undoubtedly offers the single most aesthetic challenge in the country. So while the rest of America has their sights set on 14,000 ft they are missing out on what is probably the greatest peak-bagging opportunity on the continent.

***Oh, and did I mention it has never been done before? Not only has no one ever done all of the Utah 13ers in a single trip, but few, if any have even done them in a single year. I have tried twice. Tried and failed. And for good reason. The route, end to end, is somewhere between 65 to 70 miles with somewhere over 20,000 ft of vertical gain. There are numerous rocky and narrow ridge lines with massive cliffs and steep slopes on either side. And then there is the boulder hopping. Miles and miles of moving over large slabs of rocks ranging from 50 lbs to the size of a small car, many of which move and want to kill you. Just staying on your feet is a challenge. The toll it takes on your body as your minor muscles and tendons work to stabilize your ankles and legs breaks you down the farther you go until you are cursing the thought of ever starting. All of this takes place above 10,000 ft elevation with more than half of it above 12,000 ft…and yet I still want to go back and finish the job.

Stay tuned for Part 2 of this article, where I will reveal the beauty and wonder of the Utah Uinta Mountains as I attempted to summit all its 13,000 ft peaks in a single, unsupported push. It will also explain why no one else has likely ever tried.

***Editors Note: it has recently been found that Kip Jenkins linked all of the Utah 13ers in a single 8 day trip in 1997. Unbelievable!