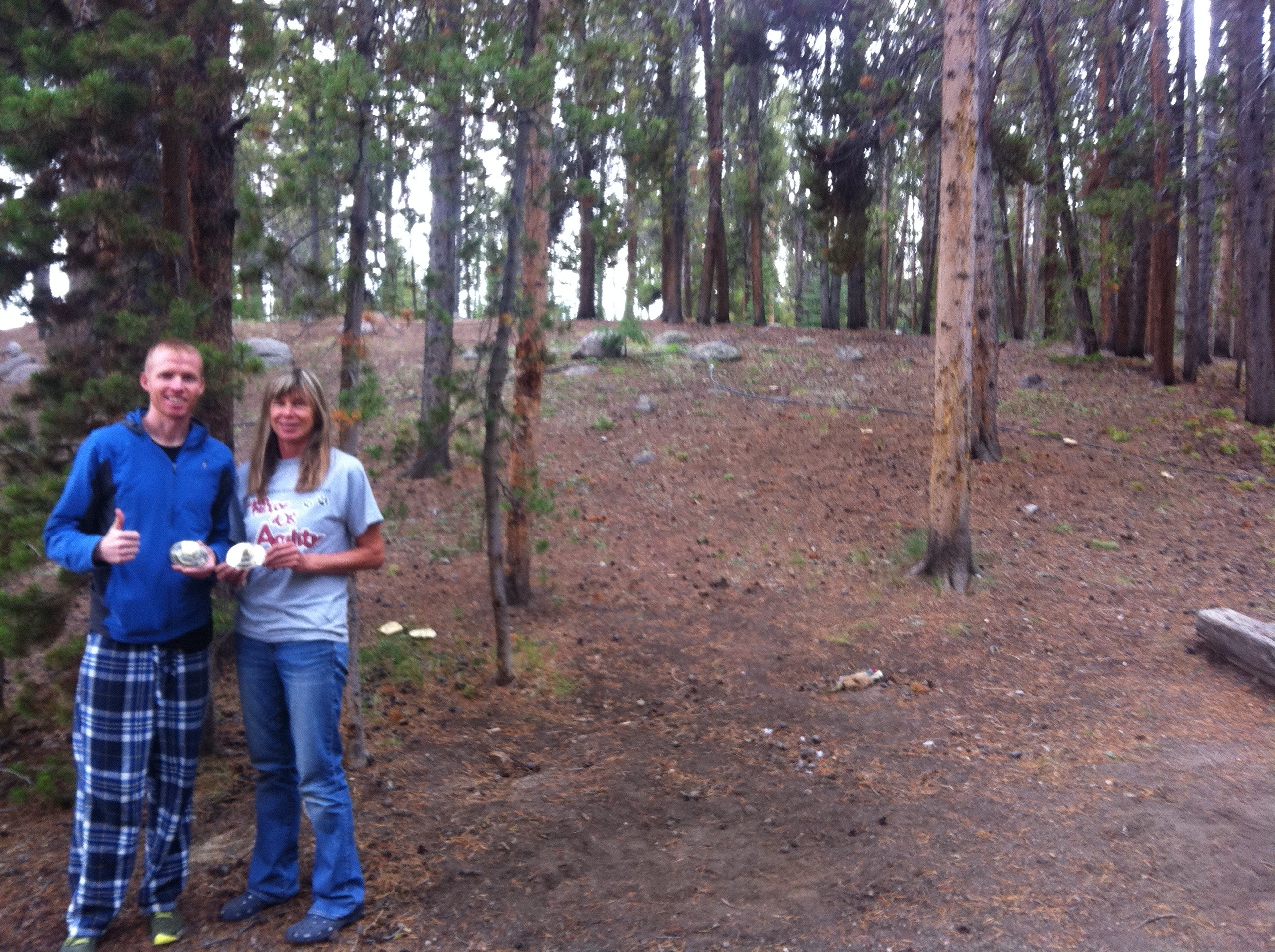 Kim Fuess was the last official finisher of this year’s Leadville Trail 100. Just 5 minutes before the 30hr time limit, Kim triumphantly crossed the finish line in 29:54:23.   She could never plan for such a tight finish. It is fascinating to me that all those seemingly random things along her journey, from the individual steps, to the time she spent in aid stations, added up to a successful finish, just 5 minutes short of a “DNF.”

Last Ass Up The Pass: Trophy for Last Official Finisher

The last official finisher of the Leadville 100 receives a special award. It’s called, “The Last Ass Up The Pass” trophy. Kim received that trophy at the race clock ticked off 30 hours. The athletes behind Kim were not fast enough to be recognized as official finishers, despite their incredible effort to be there within 30 hours. Those athletes covered the same distance and applied just as much personal effort. Yet, the time limit imposed only allows Kim to claim the title of finisher. For me, this all brings to light the deeper questions about what defines “success” or “failure”.

Everyday, we throw away 5 minutes. Afterall, “It’s just 5 minutes.” We are urged to get to appointments 15 minutes early, where we would simply wait quietly until the time had passed. We arrive 5 minutes late to work, which is overlooked as long as it doesn’t become a daily occurrence. It takes about 5 minutes to brush your teeth, but who’s really counting? But things drastically change  if you’re powerwalking the final mile of the Leadville 100! After 30 hours of continuous effort and sleep deprivation, blinded by the morning sun, that singular 5 minutes may be the difference between reaching your goals or not.

This was Kim’s 2nd 100 mile race. she successfully finished the Leadville 100 last year as well. I asked for her thoughts and spoke with her about her incredible adventure.

Jerry: Kim, tell me about your previous Leadville 100.

Kim: I finished the Leadville 100 last year. It was the best run of my life…not because of the speed, but because I came through feeling really good.

Jerry: What about this year?

Kim: Well, it started really well. I was 30 minutes faster at the bottom of Hope Pass, but, with that new trail section. I think that new section added over a mile and some elevation gain. It just killed me. By the time I got to the trail junction, I was only 90 minutes ahead of the cut off. I think if it had been on the road, I would have been faster there. So, by the time I got to Winfield, I only had 20 minutes until the cut off.

Jerry: So, then you’re  fighting the cut off times all the way back to Leadville?

Kim: Yes. I only had 10 minutes most of the time…and I didn’t have a crew or pacer.

Jerry: Oh my! Did you run the remainder without any crew or pacer?

Kim: Well, yes. I got very lucky. A friend of mine, Jeff Stevenson, didn’t make the cut off at Winfield so he let me use his pacer at 70 miles. My pacer’s name was “Deanna”. 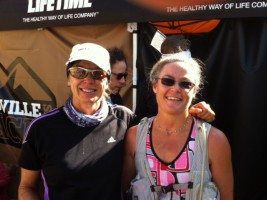 Kim (left) with Pacer Deanna at the Finish

Kim: They met me over at Half Pipe. But, I still had to fight the cut offs. I only had 10 minutes.

Jerry: Have you ever had an DNFs?

Jerry: So, with the cut offs looming at 10 minutes…you must be thinking about the possibility of a DNF.

Kim: Absolutely. It’s always awful to be running against the cut offs.

Jerry: I think a lot of people would say to themselves, “Hey, I’ve only got 10 minutes. I don’t want to fight this for 40 miles. This is not comfortable…I’m just going to drop out of this thing.”

Jerry: So, you don’t even look past the next aid station?

Kim: No. My whole thing is…just get to the next aid station.

Jerry: I think I try to do that, but it’s hard not to consider the total mileage sometimes.

Kim: You know, I used to race endurance horses. And, that was the best way to get them through it. You just go vet check to vet check.

Jerry: How long to these endurance horses run?

Jerry: So how does that work?

Kim: The individual distances vary but there are medical checks where the horses are metabolically and physically checked.

Jerry: What do they check at those stops?

Kim: Lameness is how their moving. You know, if they did this with ultrarunners, nobody would pass!

Jerry: Just to check and see if they can stand and walk?!

Kim: Yes! They have display even gait.

Jerry: So funny… Kim, tell me. I’m struck by the fact that the difference between “success” and “failure” in your race was a difference of only 5 minutes. If you had come in just 1 second after the 30 hour cut off, they wouldn’t recognize you as a finisher. There would be no buckle…you’d be a DNF. But, you came in 5 minutes prior to the cut off. And, according to the rules, that’s a successful finish.

Kim: It would be a DNF. But, I ran this race the best that I could. If I had been 5 minutes later, It would be hard not to feel different, but I wouldn’t blame myself. It would just be the circumstances.

Jerry: What good decisions lead to a successful finish?

Kim: You just have to keep moving forward…no matter how bad you feel.

Jerry: That’s for sure! Thank you for your time. Congratulations on your finish. It was truly an inspirational effort.

Approximately 790 athletes started the 2012 Leadville 100. Only 45% of those athletes finished the race. Kim was the “last” finisher but she finished ahead of over 400 athletes that became injured, abandoned, or became swallowed by the cut offs prior to 100 miles. To those 400 athletes, we have not forgotten you! We sincerely hope you come back stronger than ever so you too will cross the finish line of this epic race!