Don’t be afraid to break some trail 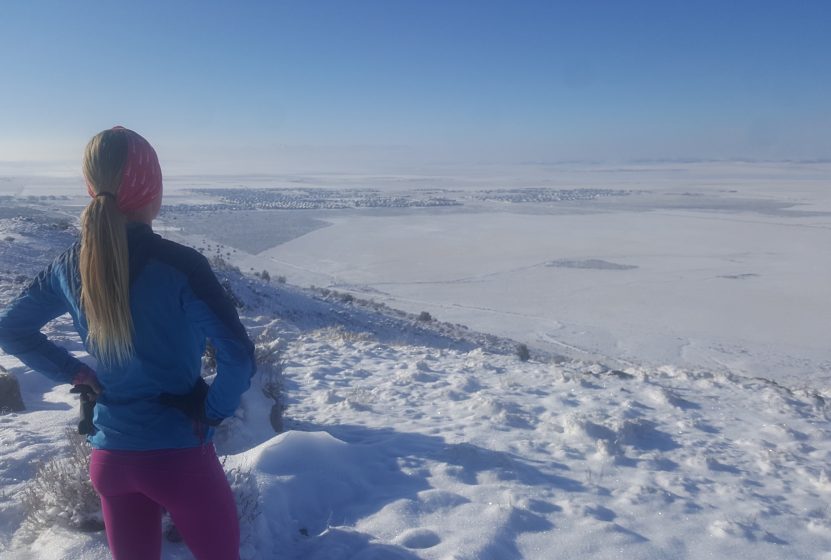 As I woke up one Saturday morning, I was excited to head out for my morning run. The day before had been strangely warm considering the cold, snowy winter we’d been having, and I was looking forward to logging some long, relaxing miles in the thawed out singletrack trails on the hills near my home.

However, when I woke up the next morning, the world around me had been blasted with an overnight storm that brought upwards of six inches of snow. And while magnificent to look at, all I could imagine was my favorite trails being completely covered, rendering them indecipherable and unrunnable for days or even weeks to come.

Suddenly my thoughts of a warm, relaxing run traversing my favorite hills were replaced with visions of cold, wet slogging miles — or worse: the dreaded treadmill.

There was one good thing about this day, however, and that was the fact that it was Saturday, which meant no work or school. And aside from a few of my boys having a couple of basketball and soccer games between them, the rest of the day was free.

So, I went about my day filling it up with other important household errands — that is with one eye out the window hoping that the clouds would break, revealing the sun I had seen just the day before. And between doing dishes, vacuuming and playing with the kids, I would occasionally step out the door to feel the air, while subsequently sending warm thoughts into the atmosphere.

Despite my patience and wishful thinking, nothing in the weather that day had changed, but had in fact gotten worse as the afternoon hours approached.

I began to feel dread and disappointment as I pictured my trails being buried under inches of snow. I knew that with the current snowfall, the winds picking up through the night, and snow likely falling the next day, it would be a long time before I would be able to run those trails. 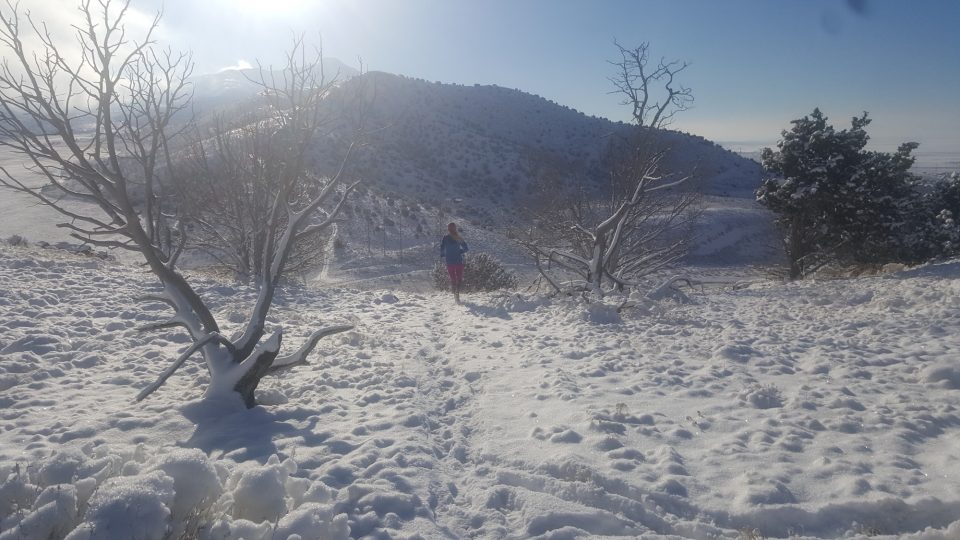 It was that very thought, however, that sprung me into action.

Although the snow had fallen quite a bit that day, there was a chance that if I got out there now and broke the trail, that I would be able to save myself from the drudgery of indoor or road running.

As I began my trek, I could barely see the trail, but there was enough of a dip in the snow and break in the sagebrush that allowed me to keep moving forward. Coupled with my knowledge of the trail and the tiniest bit of path left, I was able to traverse the entire way of the hillside, creating a path for future runs.

When I returned home that afternoon, I thought of what a metaphor for life this is.

Sometimes we wake up in the morning with great plans that are nearly destroyed by elements out of our control. When that happens, we need to decide if we are going to succumb to the elements or get out and break trail ourselves.

Now, go out there and break some trail!

» Featured, inspiration, Training » Don’t be afraid to break some trail

2 Responses to Don’t be afraid to break some trail