Craig is a veteran ultra runner with thirteen 100+ mile races or adventure runs under his belt and countless runs over 50k. He is the co-owner and CEO of Trail And Ultra Running, but that’s not his full-time gig. He also works full time for a software company, managing a large team of corporate trainers. Married, with four children, Craig does his best to balance family, work, entrepreneurship, and running. Sometimes it feels too much, but somehow it continues to work.

Craig’s heart is in the mountains, but his soul seems to be in the desert. While a social butterfly, he often seeks the solitude of a solo long run and frequently races alone, opting to run without a crew and few (if any) pacers. Sans music he chooses to find the connection with nature and the balance it brings to his life. When everyday life seems to overwhelm him he finds peace in the back country, returning rejuvenated and focused. That sense of oneness and the drive for adventure is what fuels his passion for everything he does. 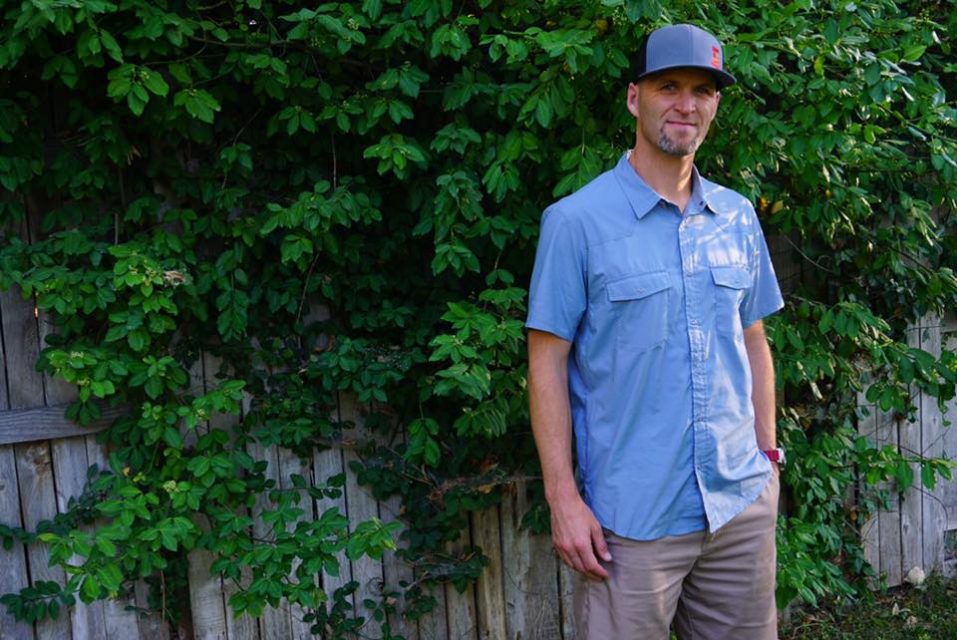 This is a button down quarter sleeve tech shirt. This shirt is the perfect balance between business casual and outdoorsy. I’ve never felt more comfortable wearing a shirt that represented my passion for the outdoors, in an environment where I needed to be presentable. The Patagonia Sol Patrol quickly became my go-to casual shirt. I wore it on several occasions to work, as well as around town. I found that it fit in anywhere. Whether I was in the mountains or in the office I felt completely comfortable in any situation. I was able to stand in front of executives without having to think about my attire. And when I got home and went out with the family or played with the kids at the park I had no need to change out of my shirt. It is the perfect blend of business and casual. 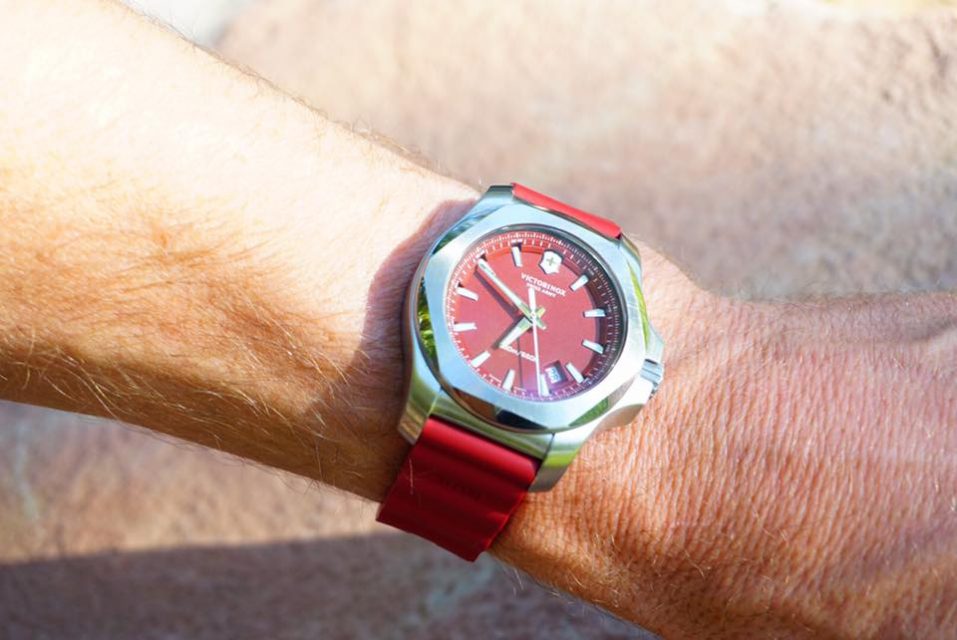 I’ve only ever owned one watch I truly loved and I broke that years ago. Since then I’ve search for a watch I would love again, always coming up short. Until the Swiss Army Victorianox I.N.O.X. The watch is made of the finest Swiss quartz, is fully scratch resistant with an anti-reflective sapphire crystal face, and is shock resistant up to head height (at least that’s how our accidental test went).
I actually love wearing the watch to work. Because it is red it really grabs attention. It’s like wearing a power tie in an environment where a tie isn’t standard. And because it’s Victorianox people know I’m wearing quality. While I loved the comfort of the paracord wrist strap, I did find that the closure system (which was tough to work into, at first) was tricky to keep as tight as I like it. Over time it would loosen. I would assume that it will be something they address over time. I’ve switched to the rubber band, which I also love (i’ve actually gone back and forth without any issues). It steps it up just enough to be more presentable in the office, but rugged enough to beat up outdoors. Seriously, I’m so happy to have a watch I love again. 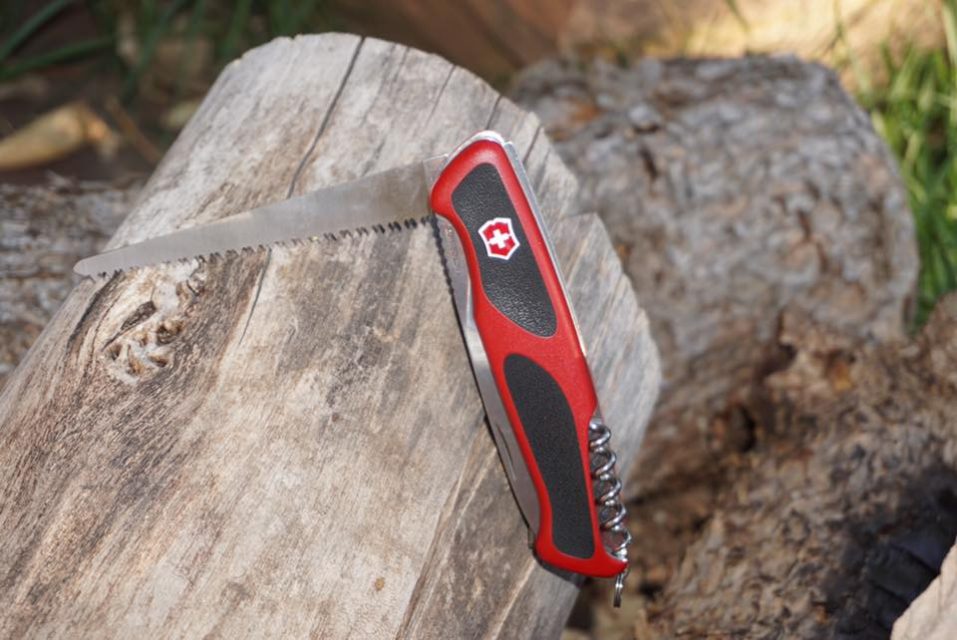 When approached by Swiss Army to do a product review we felt it was important to test a product we felt reflected the values of the trail running community. While on the large side of the portfolio, the Ranger Grip 78 is a trail crews best friend. Whether tidying up some some trail work for that next race that requires it or clearing a camp spot, this knife offers some key essentials for making the haul worth it. The wood saw will cut through just about anything. I got it through a 1 inch wood branch, something I needed when I only had plant sheers with me. On top of that, the wood saw is hands down the best pumpkin carving tool I have ever used, a bonus Swiss Army didn’t even think about. While there are several other features on the knife, the punch awl came in handy when a piece of gear faltered on me more than an hour away from my car. And when is a bottle opener not handy?
If one thing stands out above it all is the quality Swiss Army brings to everything they make. The Ranger Grip is well named as the handle is very grippy and stable and all of the main knives can be open one-handed. The only thing that makes it difficult for runners is the weight, something that is assumed and accepted when tested. It’s value in the back country far outweighed the concerns of carrying extra weight along. Overall an incredible knife that is critical to any trail worker. 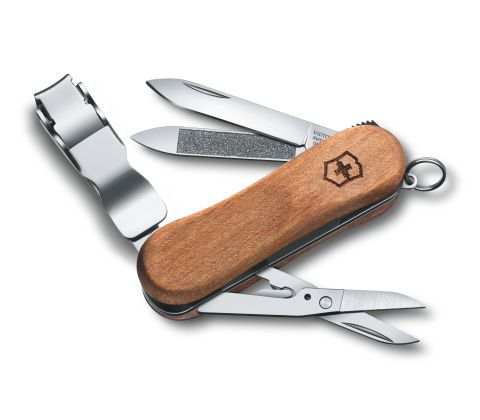 The Swiss Army Nailclip Wood knife is a trail runners must-have. This little knife offers several options, but three that are essential for any drop or gym bag: file for that pesky jagged toenail, scissors for cutting away dead, dry skin, and fingernail clippers for those nails that just need to come off. There is also a regular small blade on it, just the right size for blanching blisters. We are certain they didn’t know it, but they made the perfect knife for any runner. Swiss Army gave this little gem a wood handle to give it a more natural look. It feels good in the hand and is comfortable to hold, without the concern of slipping.
This little knife has become a staple in my gym bag and gets used frequently. Unlike more regular nail clippers you can buy in a store, these are of obvious Swiss Army quality and the sharpest clippers I’ve ever used. A low profile offers a clean cut and capable of reaching into tricky spots. It really is the perfect all-in-one little knife kit. 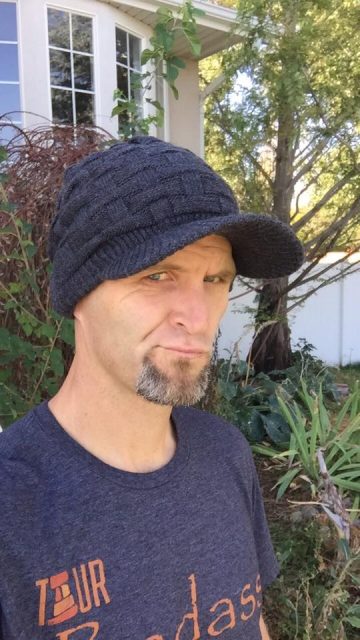 This fashionable knit beanie offers a set of blue tooth headphones inside of the hat, making them invisible to the passerby. This particular model I tested had a bill on the front to keep the sun off (I guess). With the bill the hat isn’t particularly comfortable and does not look good, at all. I was hoping that I could turn it backwards, making it so the bill wasn’t so prevalent, but doing so made it so that the earphones no longer sat over my ears. I was destined to wear it as intended. Sigh.
One of our other tests was able to try the one without the bill. It looked fantastic. I am jealous. The quality of the headphones, however, was quite good. The sound was solid, good deep bass, and they sat comfortably over my ears. They are not noise canceling though, so don’t expect to drown out other sounds while wearing the beanie. Ultimately, it appears to be a great product, just not with the bill.