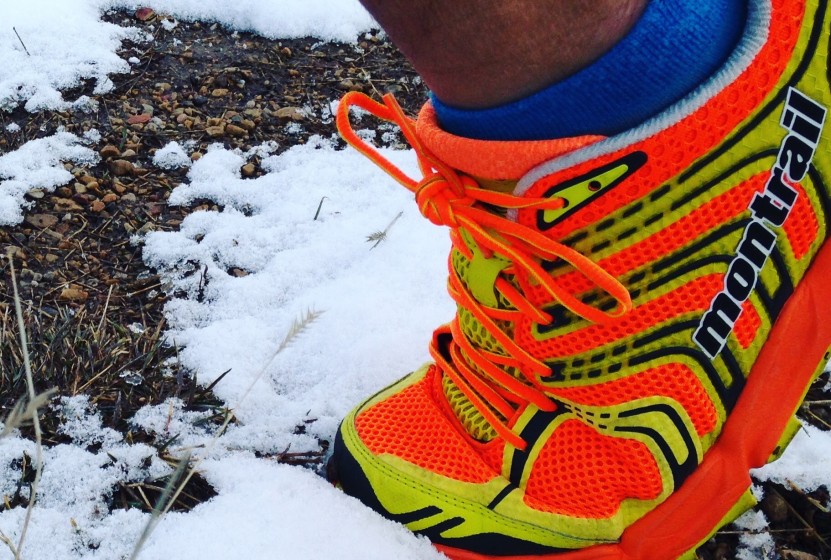 Testing of the Montrail Caldorado has been for over eight weeks and our team has logged countless miles on different surfaces, rugged trails, steep climbs, muddy/slippery trails, asphalt, snow and many miles done on smooth trails. The team has also done numerous hikes and worn them around town. The Montrail Caldorado is comparable in weight to other shoes of this category, but certainly not the lightest on the market. Overall performance was good. The outsole of the Caldorado is durable and definitely made for those gnarly rocky trails to endure the pounding. With over 200 miles, the outsole have not shown any signs of major wear and tear, totally a keeper. The midsole provides just enough cushioning for those longer runs, and its flexible midsole will give you a smooth transition with every stride. The upper is durable from top to bottom and the last concern will be durability and the extra toe reinforcement is a nice feature too! The Montrail Caldorado is a nice addition to the options on the market. While it it not the lightest shoe out there, it does compete nicely with the Cascadias of the world. If you’re looking for durability and great performance, this is a solid choice.

TAUR Tester Rating based on a 5 Cairn scale

“Wow! Definitely made for those gnarly and rocky surfaces”

“Beyond my expectations, great for rocky, muddy, slippery trails. This shoe was made to enjoy trail running at its best”

“Yeah, the Flag Man Safety Worker Orange. Wow! Great for Solo Adventures where SAR might be needed or during hunting season”