My journey to VolState 500k started 11 months earlier. I heard of the race from the RD in Alaska, Laz was at my race 6 Days in the Dome. I set an age group World record by running 285.5 in 6 days on a 400 meter track – it was the farthest I’d ever ran.

I set out that week to train for 300 miles but I had no clue that 30 extra miles would involve so much training. It was at a different venue. The fact that it would be an average of 105 degrees and no shade whatsoever had me a little concerned, so I signed up for the 6 day race in Arizona called Across The Years. Again having no clue that an extra 100 miles would require that much more rest versus training high mileage.

I was working 2 jobs totaling 65 hrs a week, plus personal training clients and racing every chance I had. I was on overdrive and slowly burning myself out without even knowing it. I quickly faded at the race. My first 2 days went excellent but day 3, I slept like a baby. I spent 7 hrs in the hotel room under the blankets and the finally woke up only to not be able to get out the car. That was another 8 hrs. I was done so I decided to save it for day 4.

I had moved from 11th to 8th place. I ran my tail off to catch these two runners from Austraila but it took an entire day to do just that. Finally on day 5 I was in 6th place. I moved to 5th and then 4th but we were all just 4 to 6 miles from each other. I tried to hold it but I slipped back to 6th place.

I just kept my pace to stay 5 miles ahead of them. It was great until day 6. I admit, the back and forth of maintaining 6th was exhausting. I did however maintain my standings and increased my mileage to set my placing.

The race ended with me in 5th place and completely exhausted. I did not realized driving 36 hrs and running 6 days could wear you out so much. I was scheduled to drive home but got a hotel room instead and the kids and I slept until the next morning. After a great night rest I started the journey home.

Volstate 500k basically started the same. I ran a 24hr race 3 days before VolState. I figured warm up my legs especially since this race involved running up two mountains with a 30lb backpack to carry my supplies. I decided to run what they call ‘screwed versus crewed’ because hey, how hard could it be? I have ran rougher trails so asphalt should be easy lol. I arrived the night before the race, ate dinner and socialized with the other runners trying to get a feel of what to expect. Of all the runners, John Price and Don Whitley gave me the best, honest advice. They both basically said because of the heat you will quit, but because of the heat you must go on to the finish line!! Each time I became exhausted and over heated and thirsty I thought of just cross the bridge to the finish line. This by far was my toughest most trying race but honestly I can run it faster and will put what my minds says to the test again next year at VolState 500k. 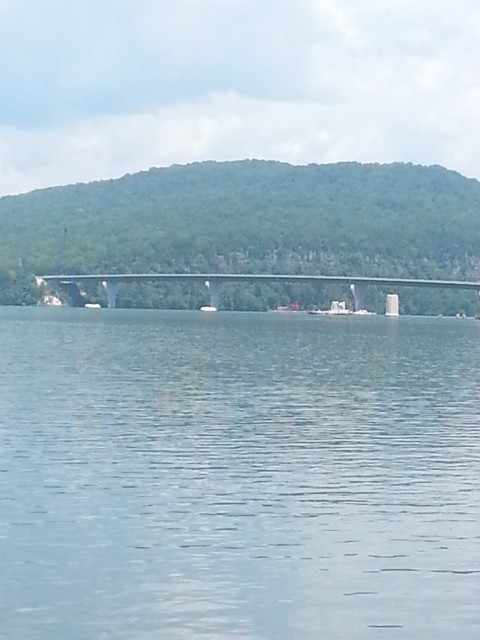 Scenery on the run

I travelled mostly by myself for the first 2 days due to trying to catch up to the other runners. I spent the 1st night about 14 hrs on the bathroom first at the 2nd pit stop. I started my cycle and my first day is always heck on me. I am weak, sleepy, and cramp like having a baby so after that I felt my race was over before it really got started. I eventially pulled myself together in the middle of the night around 3am and left with another runner whom was worn out already. It was the beginning of day 2 and I was ready to run. Most of the runners were walking due to the heat and at night they ran…well some did.

I made the mistake of leaving my directions on the bathroom floor, so I had no clue where I was going and I had no choice but to walk with another runner. Anyone who knows my style, I would rather fall out than walk. Walking to my legs says the race is over so I never walk. I finally caught up to some runners and it was happiness again, but because I had been trying to fast from sun up to sun down (no food and no drink) my legs cramped and I fell on the bridge. There were 3 runners coming behind me and one pulled me onto his lap and started massaging my legs to get the massive charlie horse out of them. You could see the muscle just sitting there. I was yelling in pain, well right there my fast on day 2 was over. I took a salt tablet and drank some gatorade and slowly made myself get up. I stayed close to those runners until we made it to the next town. I ordered 2 grilled chickens, a huge cup of ice, a cup of water and was off again down the road. I finally caught up to my friends from Ga but it was short lived. I needed to rest and they were ready to go.I walked with them for as long as possible but had to rest. I went to a store bought 3 popsicles and waited for some more runners. 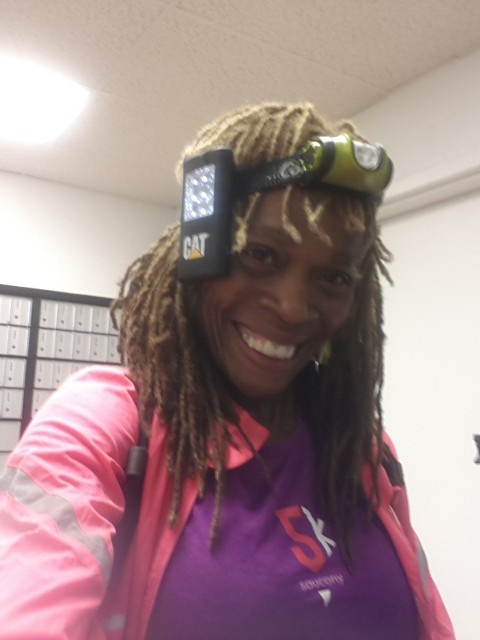 About an hour later I was off again with a runner from Sweden and one from Virginia. Gilbert and Remi and I stayed together for the next 3 days. I left them when they went to a hotel to sleep and I ran with another runner all night. I slept on cardboard boxes, the ground, people’s driveways, park benches and one night I got lucky and found a furniture store who left the markdown summer furniture out and I slept on a couch. Wow, that was the best!! I was followed a few times by police but they slowly would come up behind me and ask was I one of the runners and of I would proudly say yes show them my huge knife and mace and say because I am mostly by myself I need this for protection. It was great, not once was I given a hard time. It was day 6 and I hooked back up with Gilbert and asked him to run with me. I needed to get this race finished. Remi Gilbert and I headed on our journey and I was getting dehydrated and tired. I was sleep walking quite a bit. Several time John Price would say rest before you get hit by a car because I kept rolling into the middle lane. I did rest for short periods, sleeping in driveways or just on the side of the road. I was tired of being out in the heat. It was an average of 105 degrees each day except one day it rained and cooled it down to 90 but we had plenty of shade that day so everyone got good mileage in. By this time 20 runners had quit but not me. Most of the crewed runners had made it in except a few – like 77.5 yr old Don Whitley, I just love him.

Gilbert and I kept running and enjoying the funny weird stuff that kept happening such as seeing two cows having…umm relations…and a sign saying ‘lost donkey please call if seen anywhere in town’. We laughed so hard. This was a magical journey full of everything and, it seemed, anything. Once I was on the last hill I left Gilbert and ran until I could see that finish line. My leg was so swollen by the bee sting that it was black and blue but I ran on. I finally saw Dallas Smith, the oldest screwed runner at 75. He is wonderful and we enjoyed many great stories at night. I ran the last 10 miles like someone was chasing me and when I finally got to the rock and Laz was standing there, I cried so much because I was extremely happy. I became the 242nd runner to finish Laz amazingly difficult race and the first black female to finish. I am overjoyed and happy as a tumble weed. 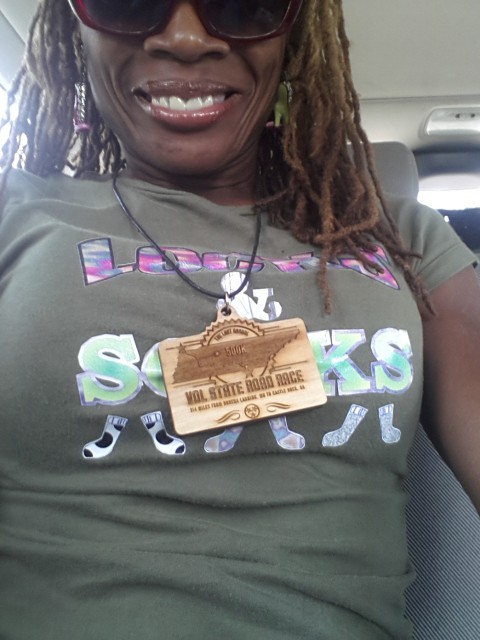