Ultrarunning Arizona: The Aravaipa Experience at the Elephant Mountain 50k 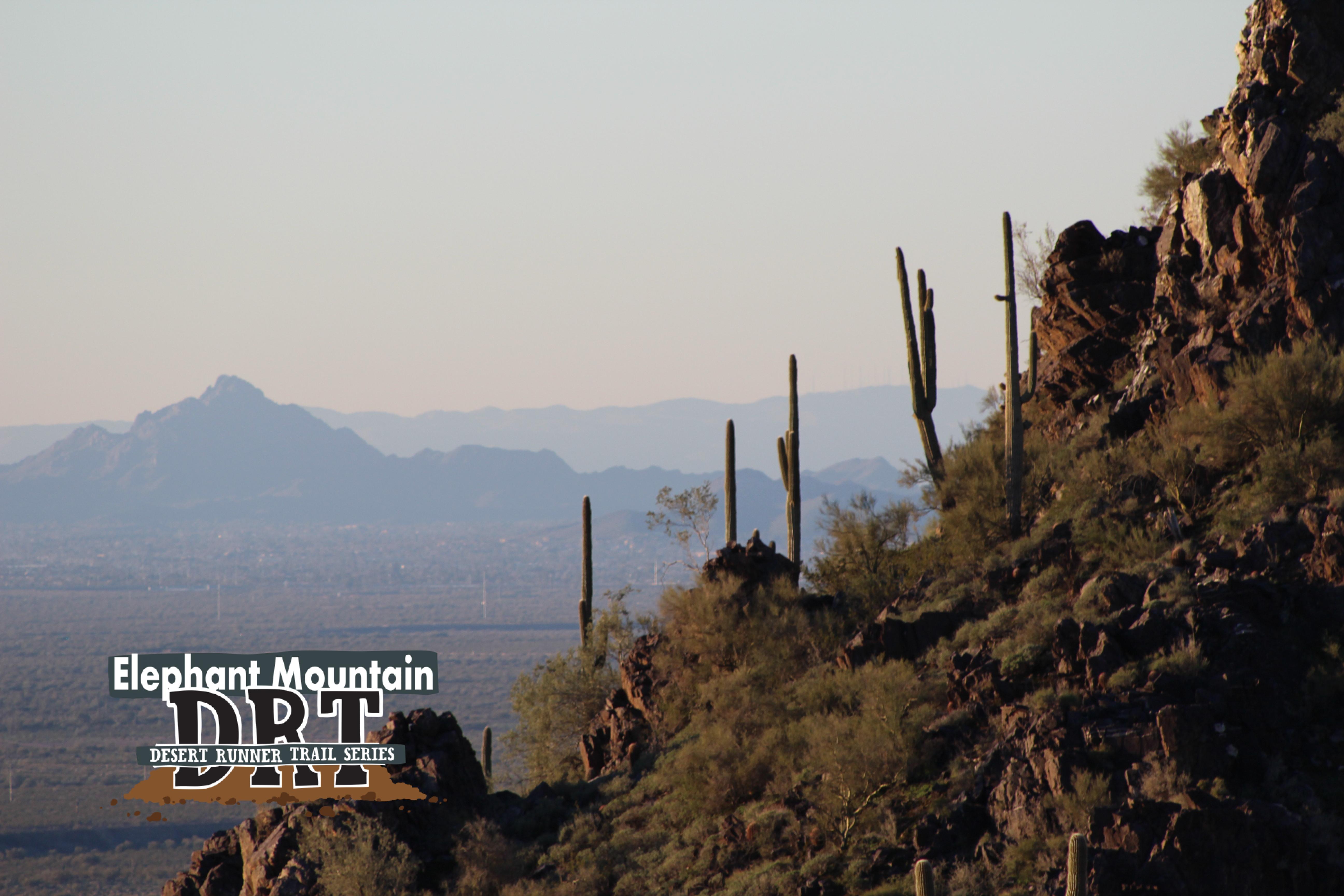 I’ve been running ultras for almost 8 years now. I have had the opportunity to run many great races. I’ve also had the unfortunate challenge of traveling long distances and paying a lot of money to be very disappointed by races. Any number of things can make for a poor experience. From bad course markings to missing aid stations…It’s not always the responsibility of the runner. You also have to consider the organization and planning of the race organizers…you have to consider the effort or lack of effort by those who have invited you to travel from your home, pay them money, and run a course they designed.

With the recent unprecedented growth of ultrarunning, there are quite a few people trying to organize their own ultras. I’m afraid a few of these events will only take place once…especially when theses new race directors realize how challenging it truly is to organize a race from start to finish.  In this brief article, I want to put the spotlight on a little company who does it right. You are guaranteed a great race experience with Aravaipa Running.

Aravaipa Running is owned operated by Nick and Jamil Coury. Nick and Jamil are experienced ultrarunners and race directors. They are hands-on, passionate, and completely engaged in making sure each and every runner has a worthwhile experience in any of their 20 races.

“Aravaipa Running strives to provide a fun, welcoming, and challenging series of trail and endurance running events. Our events are an extension of our love for long distance running and the people who we meet in the sport.  Aravaipa Running was created in 2009 by brothers Jamil & Nick Coury who currently organize 16 trail and ultra running events per year in Arizona and Colorado.

Jamil has completed 40 ultra marathons since 2005 and has directed over 40 races since 2008. He is the founder of Aravaipa Running and is in charge of permitting, course marking, accounting and equipment purchases.

Nick has completed close to 40 ultras since 2005 and heads up the technology, timing and graphic design for Aravaipa Running.  He developed his own timing system called “Go Timing” that is used at all of Aravaipa Running events.  Go Timing features bib chips, instant results at the finish line and instant results online via the “Ultracast”. www.aravaiparunning.com

About a week ago, I scoured the race schedule with intentions of escaping Colorado for an inexpensive 50k or 50 mile. I found the “Elephant Mountain 50k” from Aravaipa Running. I knew right away, from past experience, that the race would be well organized. My buddy, Ryan Lassen, told me he was in for the drive. We grabbed a rental car and found a cheap flight back to Denver for the evening after the race.

A snapshot as we cruise into Arizona

Ryan and I took turns driving and blasted down to Phoenix in a 13 hour time warp. We pulled into a Motel 6 at 9pm and went for a shake out run. The next morning, we talked to “Siri” on the iPhone 5 and pulled into the race headquarters. I pointed at the well-lit registration tent, propane heaters, finisher’s banner, and timing area told Ryan, “See…I told you these guys were good.”

My registration for the Elephant Mountain 50k was $60. That is the same price I paid for registration in ultras 7 years ago. At the same time, Aravaipa Running doesn’t cut corners. Every detail was taken care of.  Like clockwork, announcements were made on a quality audio system, giving the runners updates. The registration volunteers were knowledgeable and had everything organized. A new ultracast results system was being showcased in the race. We typed our names into a laptop and it took our photo. The race was then posted online as it happened. This will be incredible for many of the other longer ultras like Across the Years.

We began our 50k race at precisely 7am. The course was well marked with colored ribbons and additional signs warning against the incorrect path in adjoining trails. As the sun rose atop the first major climb, photos were taken of each of us. Those high quality photos were promptly posted online within 24hrs at no cost to the runners. Additional photos were taken throughout the day and posted on the Aravaipa Running website so runners could find their pictures and share them with family and friends. There were even “motion detect” cameras taking pictures without photographers!

Throughout the day, Ryan and I ran our race. We pulled into well-stocked aid stations and filled our bottles. There was a strategically placed unmanned aid station in a location deemed appropriate for additional fluid. I ran with a single bottle and never felt forgotten on the course by a lack of aid.

The course itself was challenging and beautiful. Several times I stepped off the trail and felt the wrath of a cactus or sharp plant. There was a water crossing with a little bridge near the turn-around in the race. The course looped back on itself and allowed the runners to see the race play out. We high fived and encouraged one another throughout the day. 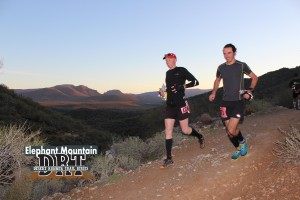 After the 50k start, there was a 35k and 12k race that began on a modified version of the course. Despite this, it never became crowded. The shorter distance runners were excited to run their event. Running at the front of the 50k pack, I received hoots and shouts of encouragement from the trail runners in the others races. In totality, the entire event had a community feel with and honest positivity. It was apparent the Arizona ultrarunning community is brought together through these types of well organized events. The runners were welcoming and excited to share the trails with two unknown Colorado runners.

As a runner, I had a great day on the course. Ryan too, came across the finish line and smiled with a PR for the 50k. We celebrated in style by lying down and trying not to throw up. I lifted my head and hobbled over to the post-race food area where I shook my head in disbelief. Most of the options were vegan! That was it…Aravaipa Running and the Elephant Mountain 50k had found a place in my heart.

Friends, I highly suggest you put Arizona on you list of ultrarunning destinations. The Aravaipa Running company and the community itself will ensure your time, money, and effort results in a magical day on the trails.

One Response to Ultrarunning Arizona: The Aravaipa Experience at the Elephant Mountain 50k