When I first heard about a trail 50 miler in the Philadelphia city limits, I was shocked and curious. Being in the 5th largest city in the country has its perks, but that doesn’t always include “plethora of trails to run.” There are beautiful trails here, for sure, but none that compare to those out west. I knew that I had to talk with the Race Director (RD) of the race and learn more about the series of races he puts on each year.

Stephan Weiss started running like many people, hoping to get into better shape and to quit smoking. His father-in-law passed away from lung cancer and with kids of his own, Weiss wanted to get into shape and live a long, healthy life. He started out building his mileage on the road, like a lot of runners (myself included). Within 18 months, he went from not running to toeing the line to the Boston Marathon. Speedy for sure (marathon PR is 2:46:28 at the 2010 Steamtown Marathon), he found out about local trail races and spent more time racing and running on the trails. 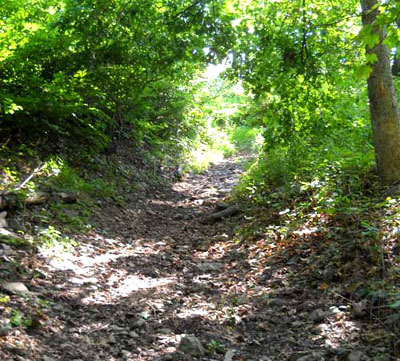 After another local race, the Blues Cruise 50k, was out of a RD, he and his wife decided to tackle the job and found themselves loving it. He decided to put on a yearly race series with a German spin (Weiss was born in Germany and spent most of his life there) and created the  Überendurance Sports, a group that put on multiple races throughout the year, ranging from a 10 miler to a 50 miler, with other distance and timed races in between.

I asked Weiss about his ultra on a trail in the city of Philadelphia and he said he wasn’t trying to make a statement about trail running in Philadelphia, but that the park was local to him, he knew the trails, and felt it was a good place to hold races. The Dirty German Endurance Fest, which has 25k, 50k, and 50 mile options, is held in Pennypack Park, a park established in 1905 and popular to many trail runners and outgoers alike. The course allows beginners to dip their toes into trail running, but allows others looking for a distance challenge to have a fun day. The course is a figure 8 that is 25k long with plenty of aid stations and a fairly non-technical course for beginners and experienced runners alike.

When I asked Weiss what makes this race special, he brought up that his wife is a pastry chef and that her goodies will be found at the finish line. A German-themed race with homemade baked goods from a professional chef? Be still my heart. There is also a German-themed aid station and in previous years, runners have raced in lederhosen and beer girl dresses. Age group winners can also go home with an authentic German weather house and I know many local runners who signed up for the race JUST to win this.

When it comes to advice, Weiss says, especially for beginners, to not expect it to be like your typical road race. With bigger road races, runners zoom in and out of aid stations. He said to stop, enjoy the aid station, allow yourself a few seconds to fill up your water bottle, eat snacks, and talk with the volunteers. He brings up something that I loved so much when I first started running ultras: it’s so much more about slowing down, appreciating your experience, absorbing all the positive energy coming from other racers and volunteers, and mainly, having a great day! 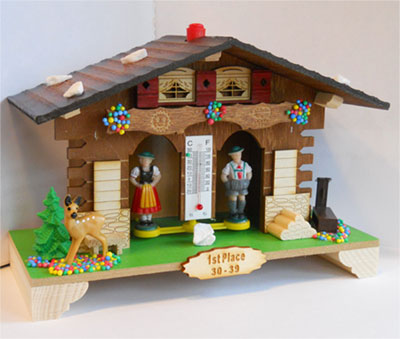 Up to 500 racers will toe the line of the Dirty German Endurance Fest, where I will be running my first stand-alone 50 miler. I may or may not be in a beer maid outfit (leaning toward definitely), but I am eager to add to the growing trail running and ultra running community here in the City of Brotherly Love.

For more details on this race, which is being held May 18th, and their other races, stop by their website to check it out!