The Reality of Adventuring, a Gannett Peak Ultra Story

This Adventure brought to you by Camelbak.

Every great adventure begins with the first step. Some would say it begins with the idea, while others would argue it was with the months (sometimes years) of planning. But when it really comes down to it, none of it matters until you take the first actual step into the unknown.

And that’s how it went for Scott Wesemann and me.

Gannett Peak, the tallest mountain in Wyoming, stands at 13,804 feet elevation. Located deep in the Wind River Range, it is the 2nd most remote and difficult “state high point”, only behind that of the grand Denali Peak in Alaska. Regardless of which direction you approach from (south or north) it is a minimum of 18 miles to the summit; crossing rivers, valleys, 12,000 ft passes, and multiple glaciers, all before you even make an attempt at your ascent through technical snow and rock. 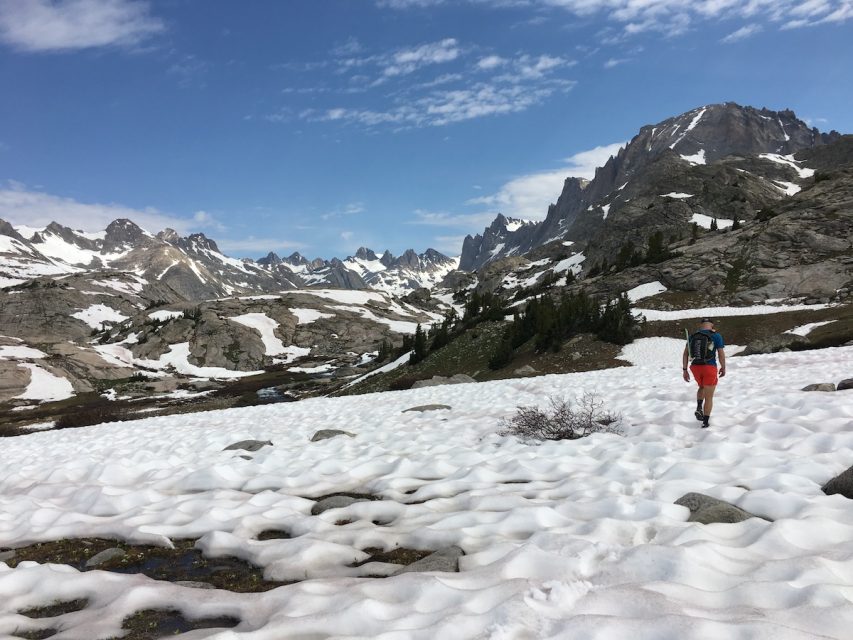 Mountaineering experience is requisite, along with crampons and an ice axe. Most attempts at the mountain are done in 4-7 days, making camps along the way, with a full day set aside for just a summit attempt. A couple of years ago Scott presented the idea of trying to summit Gannett twice in a single day, from two different trailheads, a feat no other person had ever even thought of. Time, planning, and a fair amount of singing in the car to Depeche Mode landed us at the trailhead on the south end of the Wind Rivers.

We knew going in that it was a particularly high snow year and that we would be challenged very early on (mile 10) with slow-moving snow travel. What ensued far exceeded our expectations in difficulty and time. Our ability to summit the peak and exit north to the Glacier Trailhead was thwarted by time itself and we were forced to turn back after a single summit. 44 miles and 31 hrs 40 min later we were back at our car, having done the peak in a single push, something that is rarely done (maybe only once or twice a year, at best). 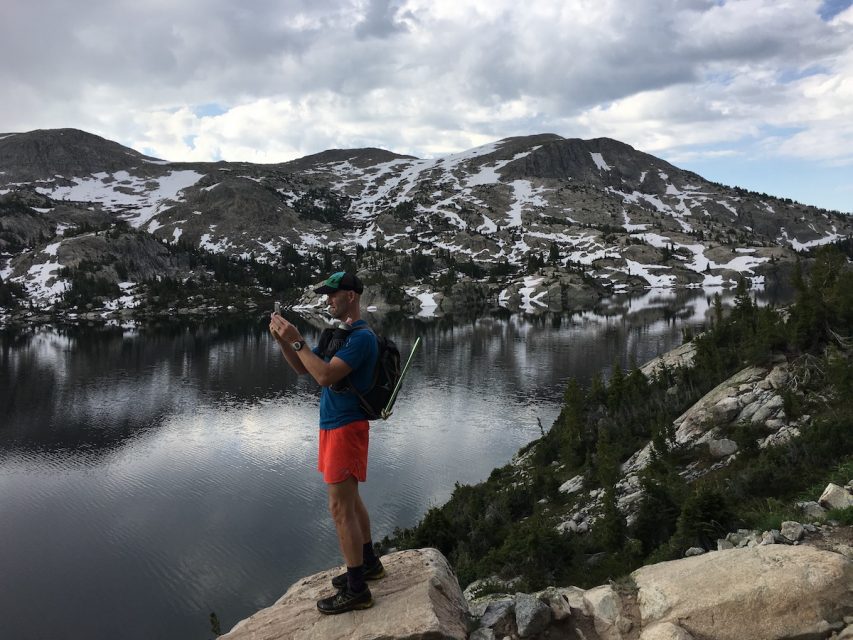 Even though our grand plan for an epic ultra that would have us traveling more than 90 miles and climb the highest point in Wyoming twice didn’t happen, we still had an incredible adventure.

And a goal yet to be attained.

While the story is harrowing and could be told in many more words, it’s best to simply watch the video below.

Thank you to Camelbak for continuing to sponsor the great content on this website, as well as to Ultimate Direction, Katadyn, and Hammer Nutrition for their support of this specific adventure.

One Response to The Reality of Adventuring, a Gannett Peak Ultra Story